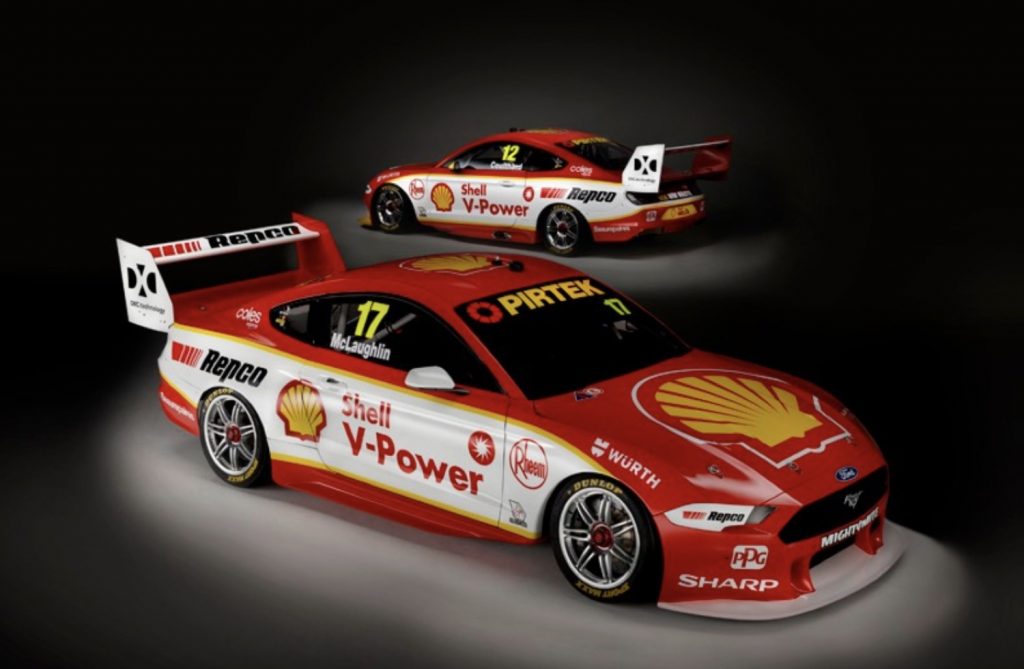 We’ve seen the latest Ford Mustang Supercar rip around a track in an official Ford Performance livery, but now you can see a new Mustang supercar livery that’s ready for racing. Last week the Shell V-Power Racing Team revealed their new 2019 Ford Mustang GT Supercar livery, and we think that it looks killer. The new livery was developed over 12 months in a joint effort between the Shell V-Power Racing Team, Ford Performance, and Ford’s Asia-Pacific design studio. The team will aim to defend their 2018 Supercars Championship title.

The Shell V-Power Racing Team Ford Mustang may have a new look, but it maintains the iconic red, white and yellow color scheme. The car will be driven by defending champion Scott McLaughlin and Fabian Coulthard throughout the 2019 Virgin Australia Supercars Championship season. 2018 Virgin Australia Supercars Champion McLaughlin told Ford Performance that he can’t wait to hit the track in his brand-new Mustang. The team previously raced the retired Ford Falcon. Six Mustangs from three teams will race in the 2019 championship series. The two Mustangs seen above will represent Shell VPower Racing, along with three racing for Tickford Racing, and a final Mustang racing for 23Red Racing. The Shell V-Power Racing Team Ford Mustangs made their first track appearance at Phillip Island last Thursday, February 14, to test in preparation for the Superloop Adelaide 500. Mark your calendars, the debut race is February 28 to March 1, 2019.

Subscribe to Ford Authority for updates on the new Ford Mustang Supercar all season long.