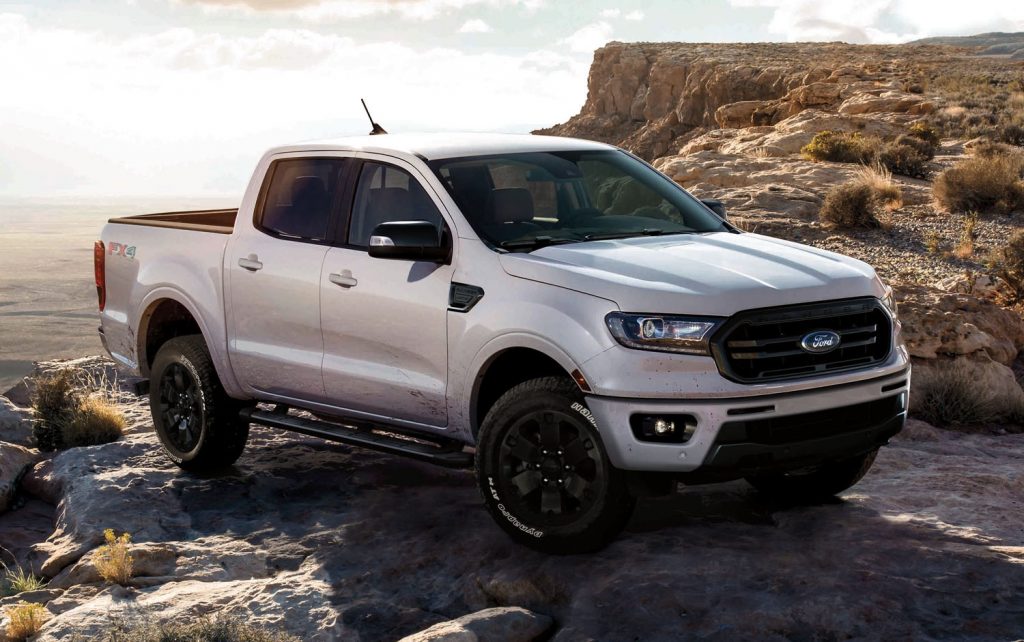 The 2019 Ford Ranger went on sale in January of this year and is selling so well that Ford added overtime production last month to meet the demand for the new mid-size truck. Lots of buyers out there want a very stylish truck, and Ford says that more than two-thirds of all Rangers are leaving the showrooms with one of the available appearance packages. The current packages offered include the Sport Appearance Package that adds unique wheels and Magnetic Gray-painted accents, or the Chrome Appearance Package adding chrome wheels and chrome body accents. Ford is already building on these offerings, and revealed a third appearance package to the mix for Ranger buyers. Buyers can order the Black Appearance Package on the 2019 Ford Ranger right now with deliveries starting in early summer. The new appearance package will cost $1,995, which is a seems pretty reasonable considering it includes practicalities such as a spray-in bed liner. And of course, there are already plenty of aftermarket options available for 2019 Ford Ranger buyers who want to set their trucks apart from the masses further, from basics like a MagnaFlow exhaust system up to the upcoming Hennessey Ford Ranger VelociRaptor.