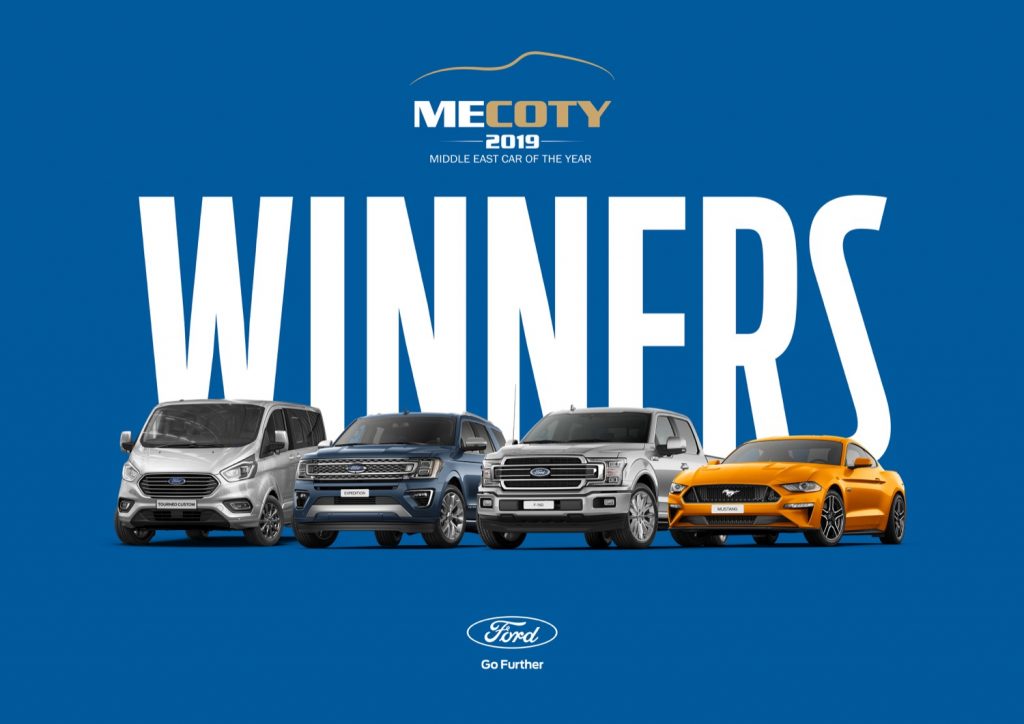 Earlier this week, the 2019 Middle East Car Of The Year (MECOTY) awards were held in Abu Dhabi, and Ford had quite the successful night. The Ford Expedition, F-150, Tourneo Custom, and Mustang GT earned top honors during the prestigious MECOTY awards. The MECOTY judging consists of 19 media representatives from across the Middle East and the Levant.

The MECOTY awards are in their sixth year of existence and are the most coveted automotive awards in the region. There is a multi-stage nomination and scoring process that 19 motoring journalists take to arrive at their list of winners. Ford was thrilled to take home four category wins. The sixth generation Mustang GT is loved for its legendary 5.0-liter V8, pumping out 460 horsepower via a six-speed manual or 10-speed automatic transmission. The latest Mustang also contains Ford’s first 12-inch all-digital LCD screen in the dashboard which is customizable and offers three separate viewing modes: normal, sport, and track. Ford’s newest F-150 pickup is tougher, smarter, and more capable than ever. Ford has been dominating the truck game for over 100 years and the new model features a refreshed design and new technologies which set it apart from the competition. The Ford Expedition has been completely redesigned inside and out, contains smart technologies, best-in-class power and fuel economy, and more expected towing capability than any other full-sized SUV. The new Ford Expedition is the smartest, most capable and most adaptable Expedition ever. The Tourneo Custom gains its popularity based on its efficiency, practicality, and flexibility. The utility vehicle features a spacious, flexible interior, a Duratorq turbo-diesel engine, and convenience features designed to keep passengers comfortable.