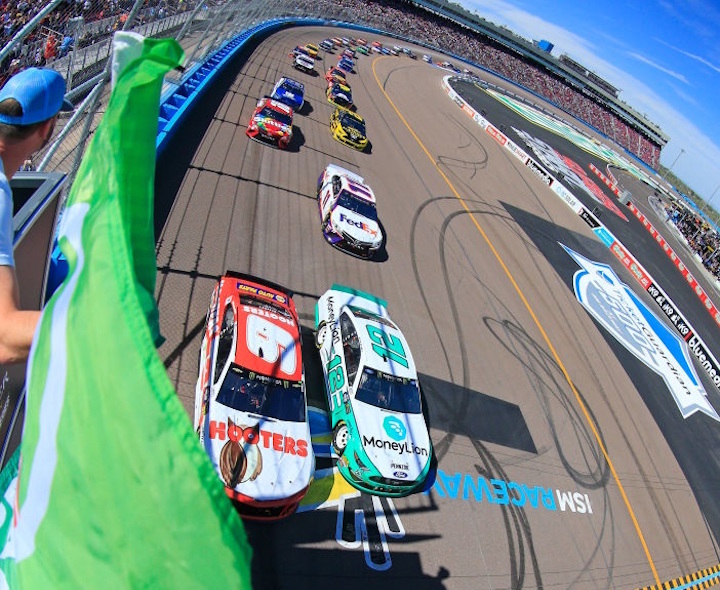 Busch reeled in Ryan Blaney’s No. 12 Ford Mustang following a late-race restart to take the win, passing the 25-year old on lap 296 of 312 and then pulling out a gap over the field. Blaney was then forced to go into fuel saving mode, with Martin Truex Jr. eventually passing him for second and beginning to reel in Busch. Truex just didn’t have the time to catch Busch, however, and finished 1.259s behind him.

“I knew before we went back green (on Lap 239), that we were going to be right on the verge (of running out of fuel),” Busch told NASCAR .com. “You got to go race hard first and then you have to worry about fuel afterwards.”

“Once I got to Blaney, I was able to save a little bit. Then I tried to take care of my tires for the rest of the traffic that we had to get through and make sure we had enough fuel to make it to the end.”

The result was Busch’s 199th win across NASCAR’s three series. He’s now aiming to achieve 100 wins in the Cup Series, but acknowledges that it can be hard to achieve the same kind of results in today’s NASCAR’s landscape as it once was.

Click here for full results from the 2019 TicketGuardian 500 at ISM Raceway.