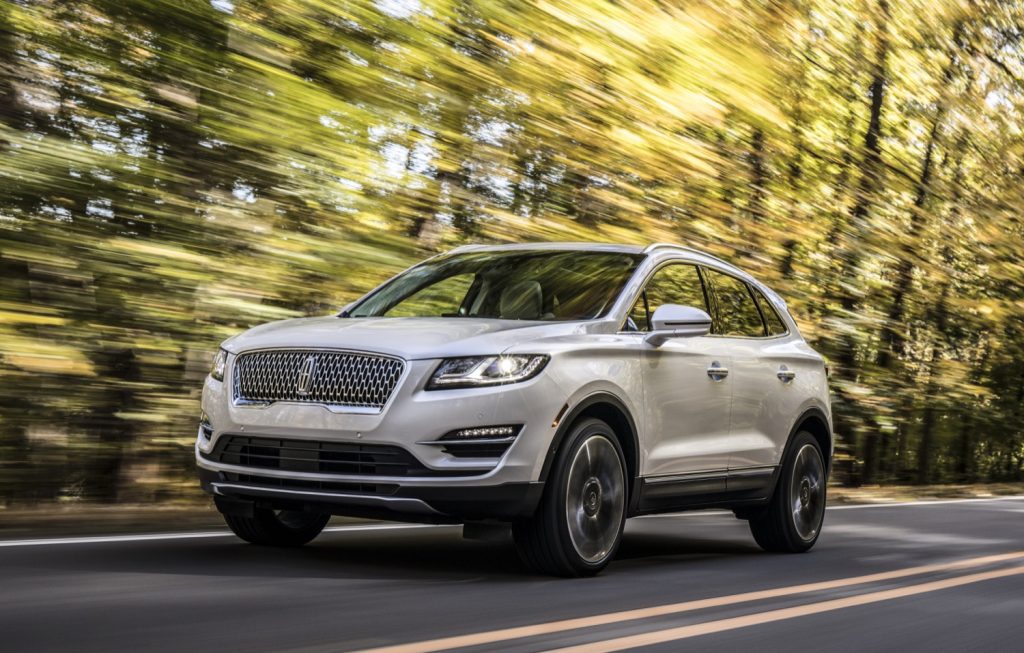 Lincoln MKC sales increased in the United States while decreasing in Mexico and remaining flat in South Korea during the fourth quarter of 2018.

During the complete 2018 calendar year, MKC sales decreased about 3 percent to 26,241 units.

During the complete 2018 calendar year, MKC sales increased about 78 percent to 590 units.

During the complete 2018 calendar year, MKC sales increased about 6 percent to 281 units. Lincoln MKC sales performance during the fourth quarter places the compact luxury crossover in last place in its competitive set, behind the Acura RDX in first, Lexus NX in second, Infiniti QX50 in third, Volvo XC60 in fourth, Cadillac XT4 in fifth, and Buick Envision in sixth.

In addition, the Lincoln MKC had the slowest growth in the segment. The model’s 5 percent growth rate significantly trailed the segment’s 36 percent expansion.

We should also note that the Infiniti QX50 saw a significant increase in sales that propelled it to third place in its segment after the launch of the all-new model in the second and third quarters. Meanwhile, GM’s second entry into the compact luxury crossover space – the Cadillac XT4 – posted rather impressive sales results, especially given that it was only available at the retail level for roughly half of the quarter.

Below, we display sales numbers for rear-drive-based compact luxury crossovers for informational purposes. Despite being close in size to the Lexus NX, Acura RDX, Buick Envision, Lincoln MKC, and Infiniti QX50 these vehicles have starting prices roughly $5,000-$7,000 higher and therefore are generally purchased by a different subset of customers than those interested in front-drive-based compact crossovers.

For instance, the Lincoln MKC starts at $33,995 while the Mercedes-Benz GLC-Class starts at $40,050, the BMW X3 starts at $42,650, and the Alfa Romeo Stelvio starts at $41,995. As such, FWD-based and RWD-based luxury crossovers are comparable from a size standpoint, but are in different segments in terms of pricing, transactional and demographical standpoint. The Lincoln MKC is simply being beat by its competitors. The only rival that the MKC is beginning to outperform is the Buick Envision, which is a less competitive offering from a product and value standpoints.

At this point, the MKC’s replacement – the upcoming Lincoln Corsair – can’t come soon enough. When the Corsair launches later this year, it will face even stiffer competition in the segment, as the Cadillac XT4 and Infiniti QX50 will already have launched completely and will likely be offering strong incentives to fend off new entrants, like the Corsair.