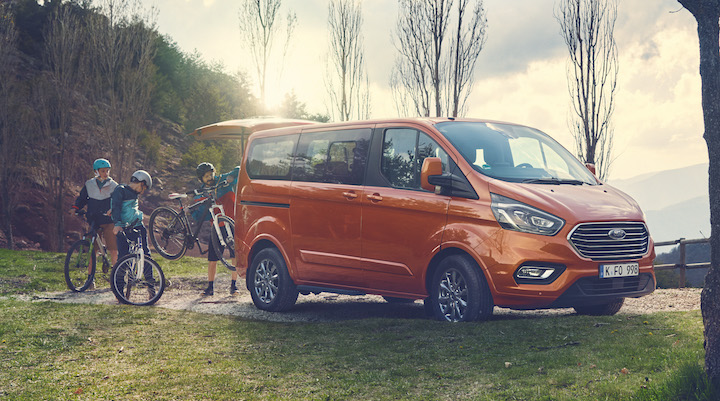 The Ford Tourneo van received a large update and overhaul for the 2018 model year that gave it updated exterior looks and a new interior, but Ford has already made some changes to the people mover for 2019.

Among the changes are updates to the 2.0-litre EcoBlue diesel engine, including a revised low-inertia turbocharger, a different higher-pressure fuel-injection system, new steel pistons and a variable-flow oil pump. The automaker says these upgrades provide “up to a 6 percent improvement in fuel efficiency, based on the World Harmonised Light Vehicle Test Procedure (WLTP).” The engine is also offered in a new 182 hp variant, along with the older 128 hp and 103 hp power output variants.

In addition, there’s also a new EcoBlue Hybrid 48-volt mild hybrid powertrain, which is only offered with manual transmission variants. This version gets a belt-driven starter/generator system, (BISG) replacing the standard alternator, which enables recovery and storage of energy during under braking and coasting that is then stored in a 48-volt lithium-ion battery pack. The starter/generator can also act as a motor, using stored energy to provide a momentary boost in torque. Tourneo buyers will now get an on-board wi-fi modem as standard too, which enables device wi-fi support and runs the various apps and features for the 4-inch and available 8‑inch center touchscreens. The FordPass mobile app also allows WiFi-enabled Tourneo owners to get vehicle status data, use a vehicle locator, remote lock and unlock the vehicle and use the remote start.