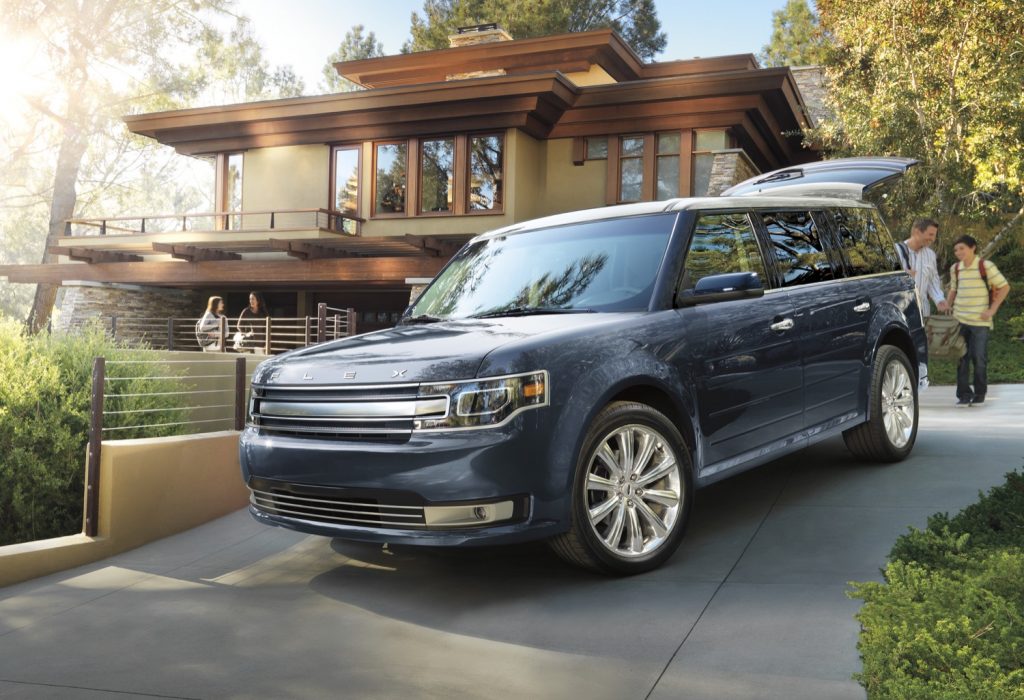 The Ford Flex crossover will be discontinued in 2020, which means that the 2019 model year will be its last on the market. For one reason or another, the Flex never really caught on with consumers in the same way as other crossovers from the Blue Oval, with sales of the squarish crossover/wagon only being a fraction of those of the similarly-sized Ford Explorer. In fact, Ford Flex sales were about 8 percent of Ford Explorer sales during the 2018 calendar year in the United States.

For its final model year, the Ford Flex is getting a few small changes, based on information compiled by Ford Authority.

Two new colors are begin added to the color palette of the 2019 Ford Flex: Agate Black and Stone Gray.

Meanwhile, Ford has removed Shadow Black and White Gold from the lineup. The trim level lineup for the 2019 Ford Flex carries over unmodified from the 2018 model, offering the following trims, from base to range-topping:

No changes are being made to the 2019 Ford Flex powertrain, with the following two gasoline engines remaining on tap:

Both engines are mated to a six-speed automatic transmission with SelectShift capability.

It’s worth noting that the standard 3.5-liter V6 can be optioned with front-wheel-drive or all-wheel-drive. Also, an engine block heater is now available in all states as a standalone option. Previously, it was standard in the states of AK, MN, ND, SD, MT, WI and WY and availability in all states required a Fleet Identification Number (FIN).

No changes are being made for the 2019 Ford Flex besides the aforementioned color-related changes.

The wheel lineup for the 2019 Flex will not receive any changes. The wheel options are as follows. Inside, the 2019 Ford Flex sees only one rather minor change, if it can be called that: the power converter 110V outlet is now called “110V/150W AC power outlet”. That’s it. Nothing more.

No safety and security changes have been made for the 2019 Ford Flex. No packages have been created, changed, or removed for the 2019 Ford Flex.

And that’s all that’s new and different for the 2019 Ford Flex. With Ford withdrawing from offering cars in the North American market, the automaker will look to crossovers to fill the void in terms of sales volume, but the Flex won’t be part of what will make up the difference, since the wagon-like CUV will be discontinued after the 2019 model year. So if you want one, better grab it now.