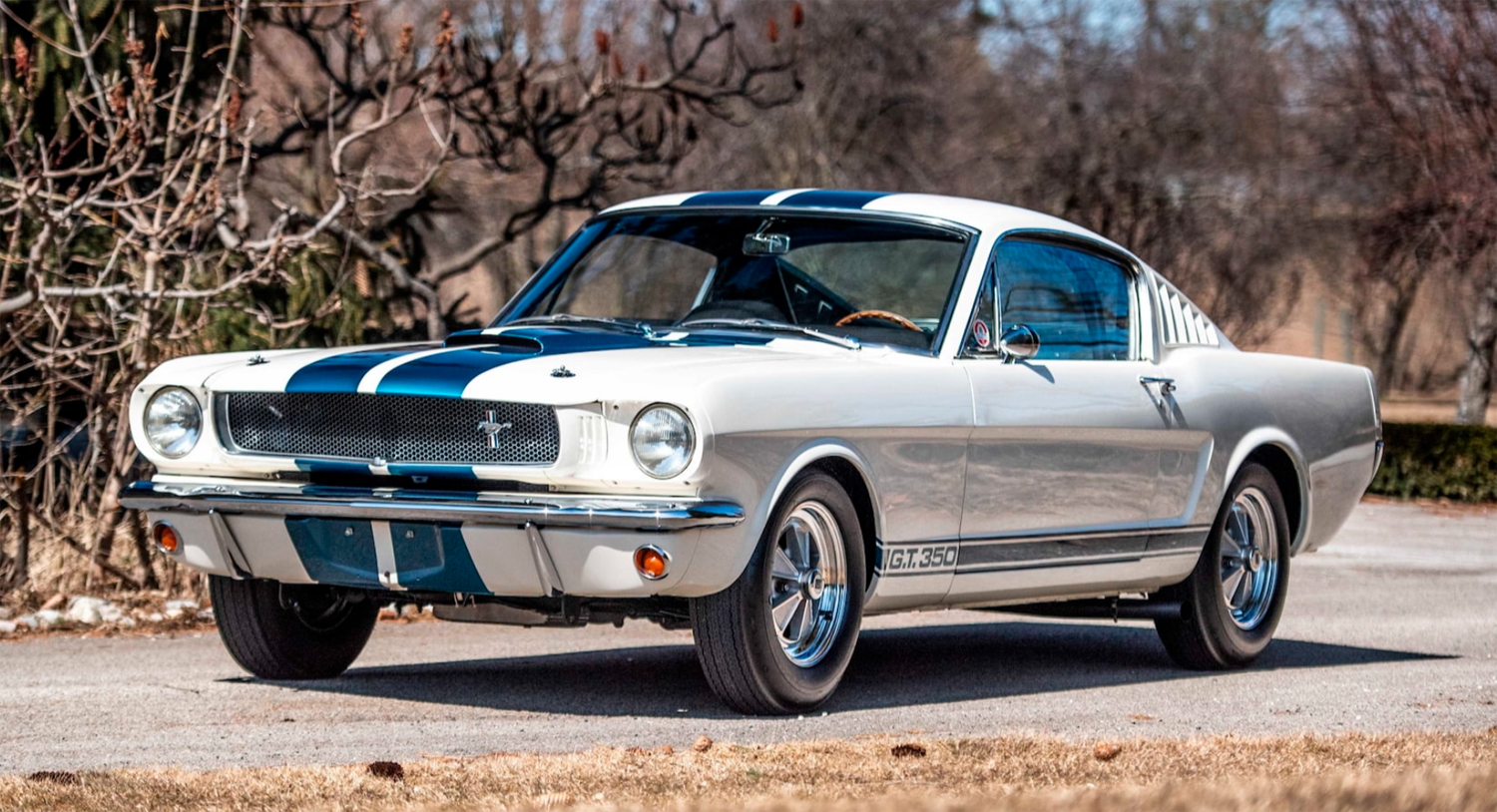 Fans of classic Mustangs will recognize the 1965 Shelby GT350 as one of the most desirable of all the early cars. At the Mecum auction in Indy on May 14th through May 19th, a pristine 1965 Shelby GT350 Fastback will be up for sale. The car is Wimbledon White with Guardsman Blue racing strips and looks just as it did the day it was completed in 1965.

The car is 1965 Shelby GT350 No. SFM5S069 and is a very early production 1965 model that was received from Ford by Shelby American on December 23, 1964. The car was completed on March 8, 1965, and was shipped that same day to Ray Hunt Ford in Daytona Beach, Florida. The car was purchased originally by William Floyd on May 22nd. Floyd raced the car in SCCA competition and was very successful with the car finishing first in B Production in the 1965 Regional Daytona Nationals in September 1965 and eight overall. The car and driver went on to finish in first place in B Production three times in the Southeast division that year and secured an SCCA National Championship. Floyd and his street 1965 Shelby GT350 were more successful in competition than many GT350R factory race cars like the that was up for auction in March. The 1965 Shelby GT350 was restored to its as-original condition including the Klaus Arning-designed suspension modifications that include the relocation of the front upper control-arm pivots, Koni shock absorbers, override rear traction bars, a 1-inch front sway bar, and quicker steering. The engine is a Shelby tuned 289 cubic-inch offering making 306 horsepower with a Holley 4-barrel and an aluminum high-rise intake manifold. The transmission is a Borg Warner T-10 4-speed manual and it has a narrowed 9-inch rear with 3.89 gears and a Detroit Locker.

The interior of the car has the full Shelby treatment including a rear roll bar, fiberglass rear deck with covered spare, 15-inch Cobra wood-rimmed steering wheel, dash pod with oil pressure gauge and 8,000 rpm tachometer. The interior also has a radio-delete plate and racing seatbelts. The late Carroll Shelby signed the glovebox door of the car as the icing on the cake. While there are no pre-auction predictions for the final gavel price on the car, an early production 1965 GT350 with a racing pedigree and this level of restoration quality will bring big money. 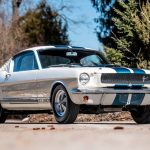 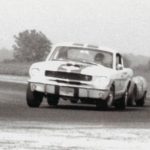 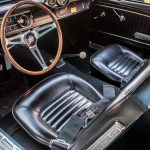 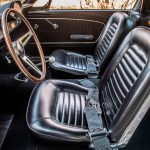 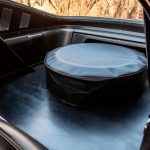 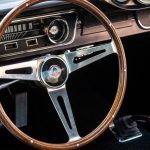 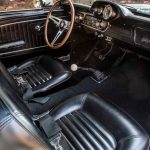 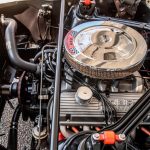 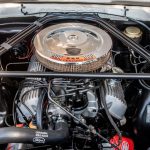 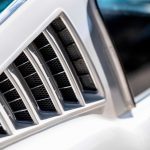 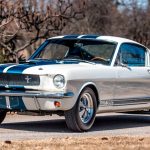 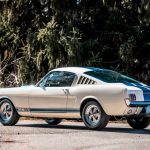 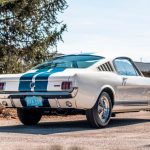 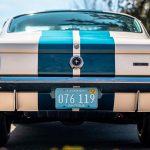