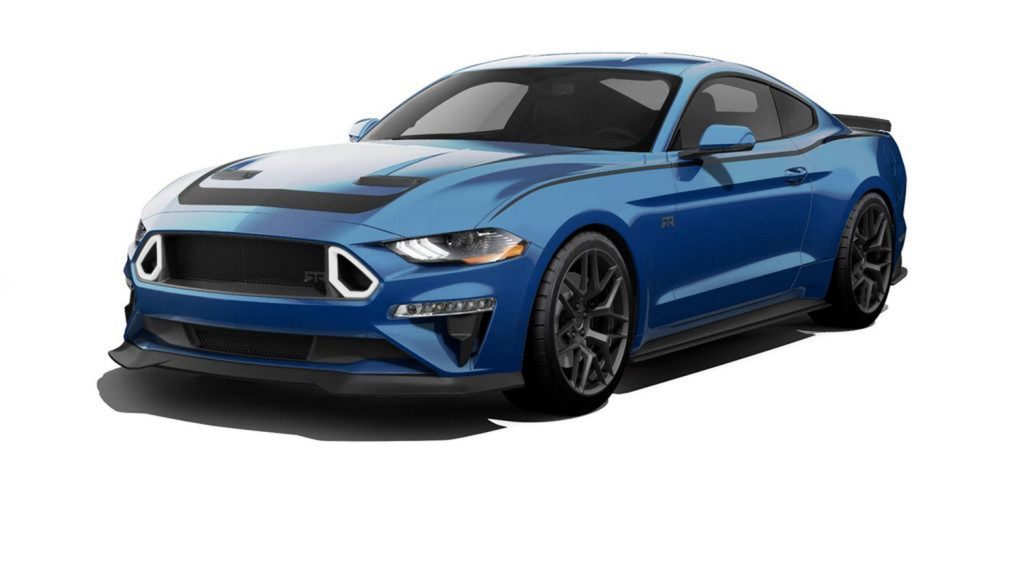 RTR Vehicles has announced the goods for the 2019 Ford Mustang RTR Spec 3. The unveiling of the Mustang comes on the heels of the Ford F-150 RTR that adds style to Ford’s popular truck, but no more power. For the Mustang fans, the heart of the 2019 RTR Mustang Spec 3, which is the top-of-the-line offering, is a Ford and Roush developed supercharger that brings 700 horsepower to the 2019 Mustang GT that rolls out of the factory with a 460-horsepower 5.0-liter V8 engine. The 2019 RTR Mustang isn’t just about power; the suspension is tweaked as well with a lowering kit, adjustable front and rear swaybars, and adjustable shocks and struts. With RTR being helmed by professional drifter Vaughn Gittin Jr., he and Ford Performance drivers validated all the parts for performance. In the looks department, each 2019 RTR Mustang gets 20-inch RTR wheels in matte charcoal gray, Nitto tires, and a new upper grille with RTR lighting elements.

Fender badges are added to let everyone know that the ride is a Spec 3 car. The interior is left virtually untouched with the only addition being RTR floormats and an RTR shift knob. There are a few options for 2019 RTR Mustang Spec 3 buyers; if the base car chosen for RTR conversion has MagneRide suspension, Ford Performance springs are offered. Performance Package cars can be fitted with an RTR spoiler lip. An axle-back exhaust system is available to top things off.

All of these RTR tidbits are added at the Ford dealer, and the price isn’t cheap. Turning your new Mustang GT into a 2019 RTR Mustang Spec 3 will cost you $21,000 on top of the price of the car. Back in March, we talked about a Ford dealer that had a 1,000-horsepower twin-turbo Ford Mustang RTR if 700 horsepower isn’t enough for you.