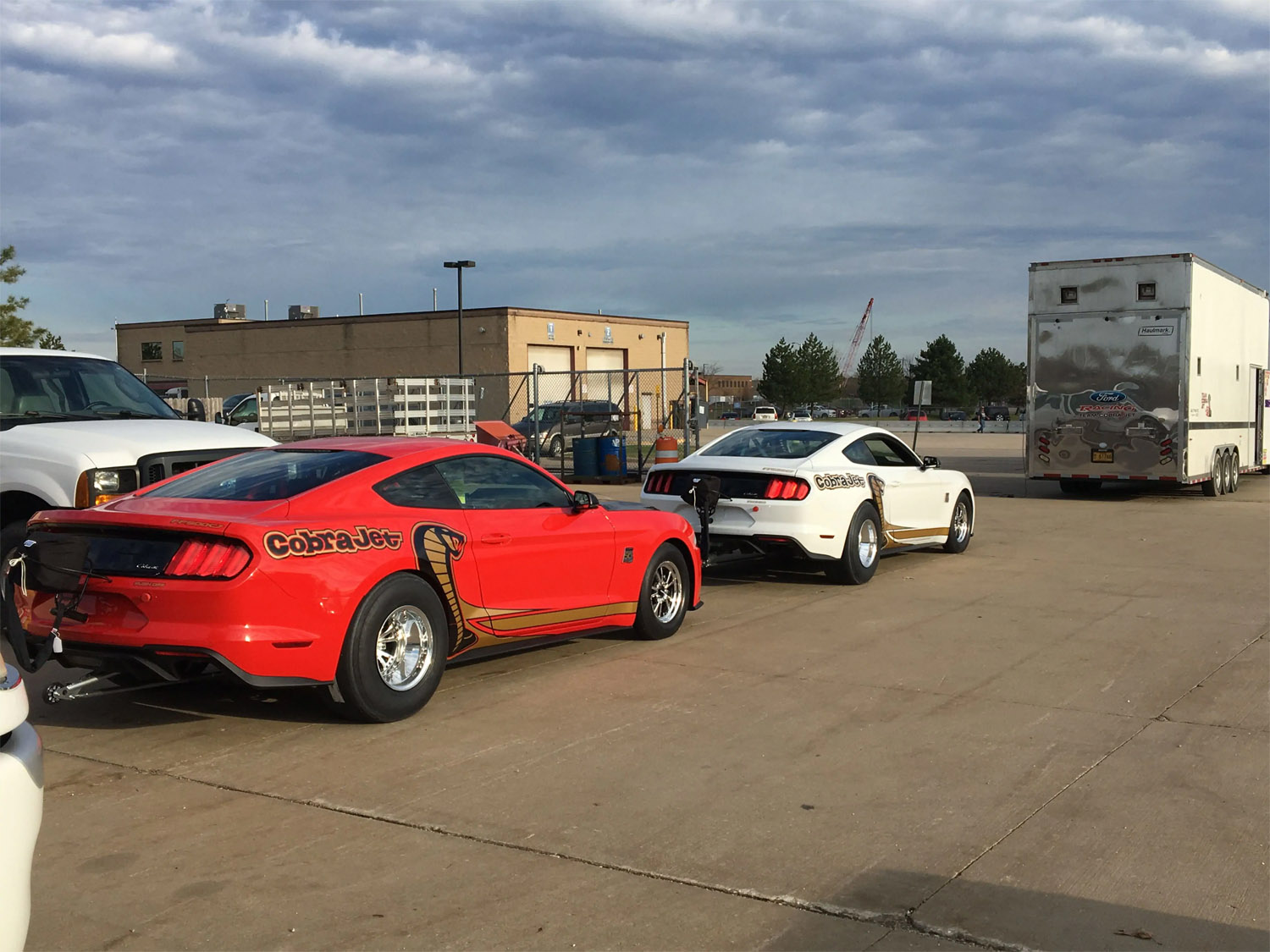 Final tuning had to be completed but few changes were made to the cars after solid development work was complete. The bulk of the effort was going through a verification process required for the vehicle. Ford Performance spent time in talks with the sanctioning bodies over the organizations the 50th Anniversary Cobra Jet Mustang was to compete with. Those talks covered all aspects of the car before an agreement was made with the sanctioning bodies and the car was certified.

Ford Performance also had to perform durability testing to be sure the car would match customer expectations and needs. Born says that Ford Performance wanted the car to be consistent since most of the cars would participate in bracket racing. Ford says that a couple of racers who had purchased the 50th Anniversary Cobra Jet were in such a hurry to get their cars that they drove to the Watson Racing shop where the cars are built for pickup. Buyers can choose Race Red or Oxford White colors and all are powered by a strengthened 5.2-liter version of the Ford 5.0-liter V8 that is fitted with a gigantic 3.0-liter Whipple supercharger. The 50th Anniversary Cobra Jet Mustang is capable of running the quarter mile in the mid-8-second range at over 150 mph.