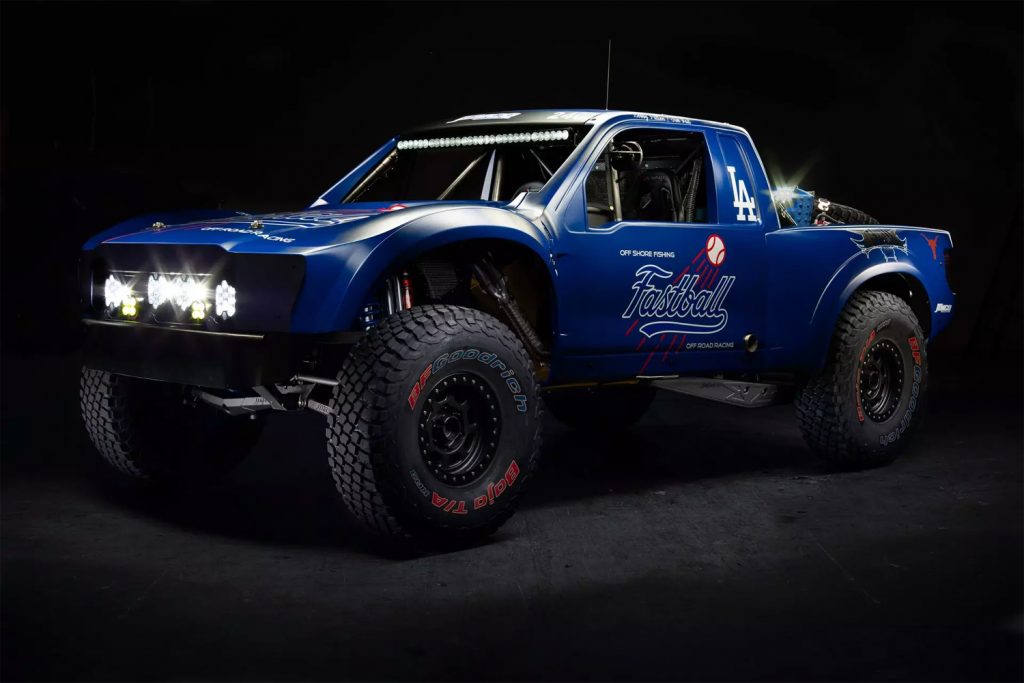 Every gearhead has a few things on their bucket lists they want to do before they die. For many fans of trucks and motorsports, right up at the top of that bucket list is to drive a trophy truck in a desert race. While you may never get that chance, Bobby Patton will. Patton owns the awesome Ford Raptor trophy truck you see here; he also owns a little sports team known as the Los Angeles Dodgers.

The Ford Raptor trophy truck is a Jimco trophy truck and was built ahead of the 2019 season. The truck has a name and its no surprise that the name is inspired by baseball. The truck’s name is Fastball. The truck also wears a Dodgers-themed blue livery with white Dodgers lettering. After being completed last November, the truck saw its first racing action in the San Felipe 250 earlier this month. Fastball was built in-house by Jimco and has a 125-inch wheelbase and a 92-inch track width. The beast of a truck weighs 5,100 pounds and crammed inside it is a Score Spec Chevrolet Performance LS3 that was massaged by the crew at Danzio Performance. Yeah, a Ford Raptor trophy truck with a GM heart. The transmission is a turbo 400 built by Gearworks.

The wheels are 17-inch Trail Ready beadlocks with gigantic 40-inch BFG KR3 tires. The suspension features Fox shocks that give Fastball 26 inches of travel in the front and 32 inches of travel in the rear. Rounding out the package is a Jimco-built custom aluminum fuel cell with a Pyrotect Bladder that can hold 80 gallons of fuel. Inside the driver and navigator ride are Impact HS1 racing seats with full safety harnesses. Electronics include a Lowrance HDS5 lead navigation unit and Kenwood radio with intercom. Would you rather drive this trophy truck or Ken Block’s sweet new Raptor? 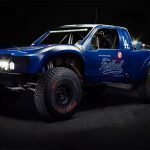 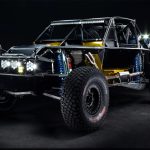 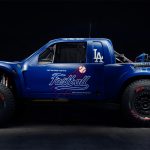 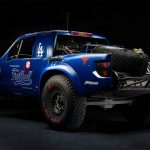