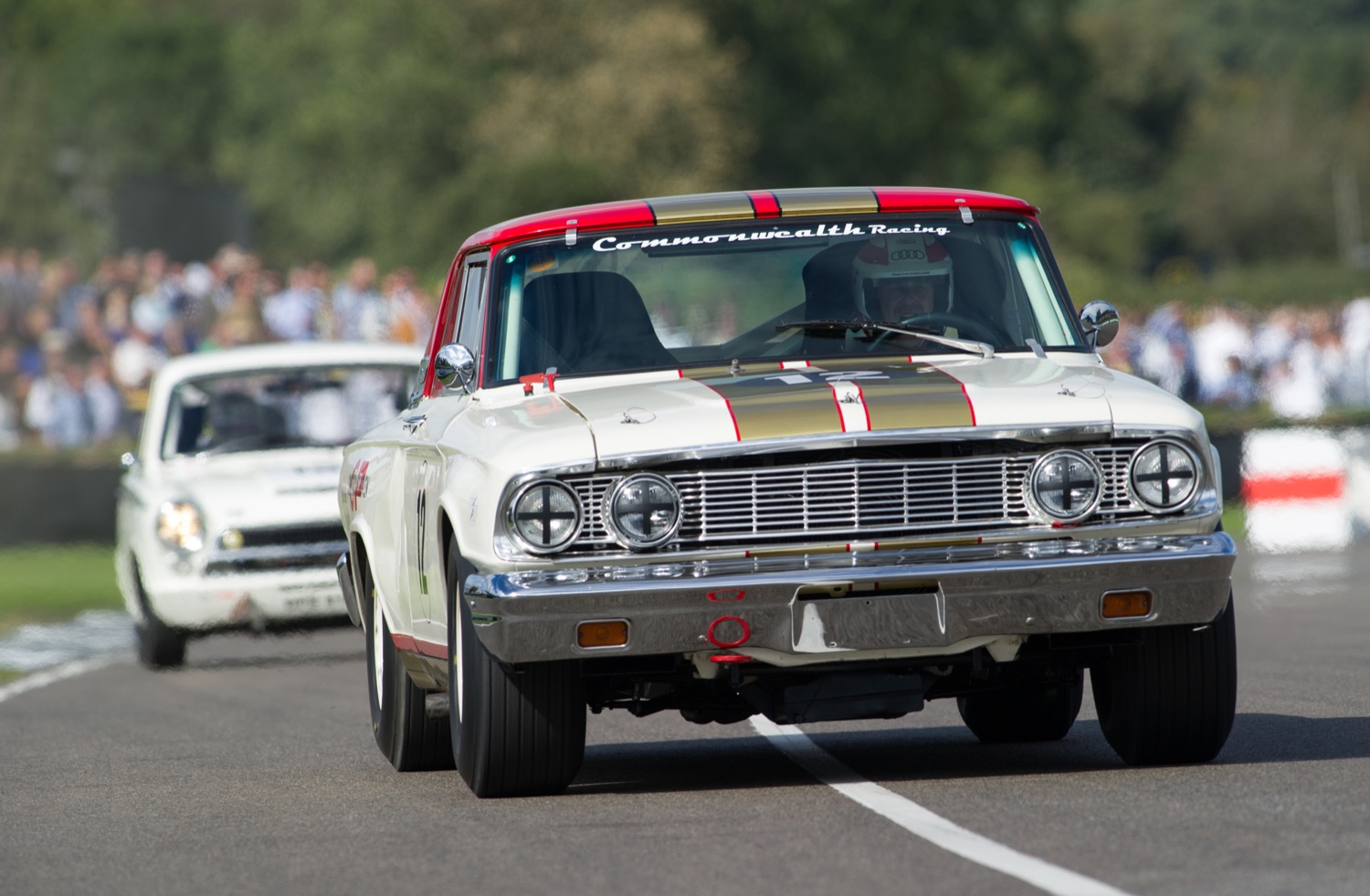 This particular Ford Farilane for sale is worth your attention, especially if classic racing cars are your thing.

This beauty is one of just three cars built by Holman Moody as a period correct replica of the 1964 Daytona running Ford Fairlane 427. Notably, Holman Moody built almost all of the factory Ford race cars of the 1950s, 1960s, and 1970s.

The successful history of the car began in 2006 when it finished second overall at Circuit de Spa-Francorchamps behind a Ford GT40. The Fairlane took first in class at the Nürburgring in 2009, twice in 2010, and took home first place during the St. Mary’s Trophy race at the Goodwood Revival in 2016. The car was driven by Tom Kristensen and Henry Mann (the son of legendary driver Allan Mann) in the Goodwood race. As we mentioned, there are only two other HM cars for sale. Both of those cars are owned by one collector in the United States, and neither were raced. This Ford Fairlane for sale is the only HM car that saw the track, and it can be yours for a cool €259,000 ($290,543, at current conversion rates).

The build took place from 2002 to 2003 by order of its first German owner. A 1964 Ford Fairlane 500 2-door hardtop coupe was used as the donor car, and HM specced the replica to be exactly as the original car. Under the hood is a Ford 427 cubic-inch side-oiler V8 race engine with twin Holley carburetors. The engine was paired to a Jerico 4-speed transmission. Inside sits an FIA roll-cage and a 155-liter (40.9-gallon) fuel cell. Underneath the sheet metal is an independent suspension and 12-inch ventilated front disc brakes and 10-inch wide wheels.

Originally, the car was fitted with fiberglass bumpers, doors, hood, and trunk, but steel front and rear bumpers were added for the Goodwood race in 2016. The car was also repainted to its current livery and a T10 gearbox was installed along with steel HM wheels.

The video above shows how Kristensen managed to push from fourth place to first in just one lap to win at Goodwood. Those who might not be intricately familiar with the man in question, Kristensen is a nine-time winner at the 24 Hours of Le Mans, and also happens to be a current record holder.