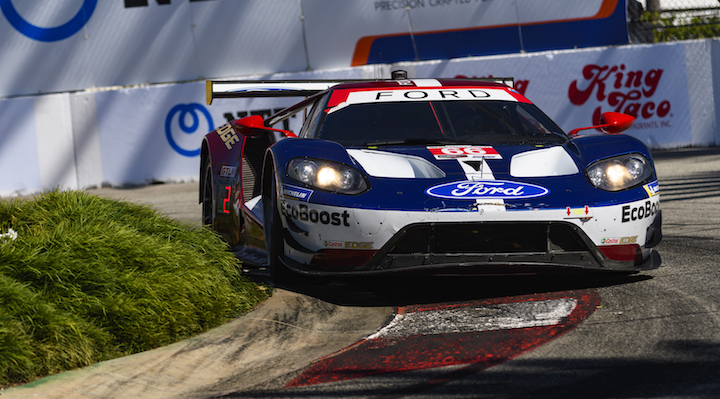 The factory-backed Ford GT race program will cease at the end of the 2019 racing season, the American automaker has announced.

Ford will stop providing support for both Chip Ganassi Racing Team USA and Team UK at the end of this year, ending its official involvement in IMSA and FIA World Endurance Championship.

While the factory-backed Ford GT will be no longer, the car may still compete in IMSA and WEC through customer teams. Ford is hoping to sell the remaining Ford GT race car chassis to interested IMSA or WEC teams, it said. The automaker’s goal is to have four cars racing next year – preferably two in IMSA and two in the WEC.

“We’ve talked, at some level, just looking to find the best way to keep the cars on track in the future with some level of involvement from us,” Ford Performance’s head of motorsport, Mark Rushbrook told Sportscar365 in an interview. “The cars are meant to be on track. They’re meant to be raced and that’s our preference, in trying to optimize where and how they get raced.”

The automaker would provide some level of support for customer Ford GT teams, however, due to the complexity of the vehicle.

“With these cars, they are of a higher pedigree that you can’t just sell them to anybody and they can just go race them,” Rushbrook added. “You can’t just push the button and go. There’s a lot of knowledge that needs to go along with it to make sure they’re raced competitively.”

“That would be our interest, to make sure that across the resources available within Ford Performance and our partners in this program, that we’re able to stay involved enough to ensure the cars are competitive and successful on track.” The drivers that Chip Ganassi Racing employed to race the four Ford GT entries across IMSA and the WEC have allegedly been told to not pursue other opportunities for the 2020 racing season. This could mean that Ford is gearing up for a new race program – potentially the rumored IMSA DPi effort.

The next race for the Ford GT will be the IMSA Acura Sportscar Challenge from Mid Ohio Sportscar Course on May 5th.