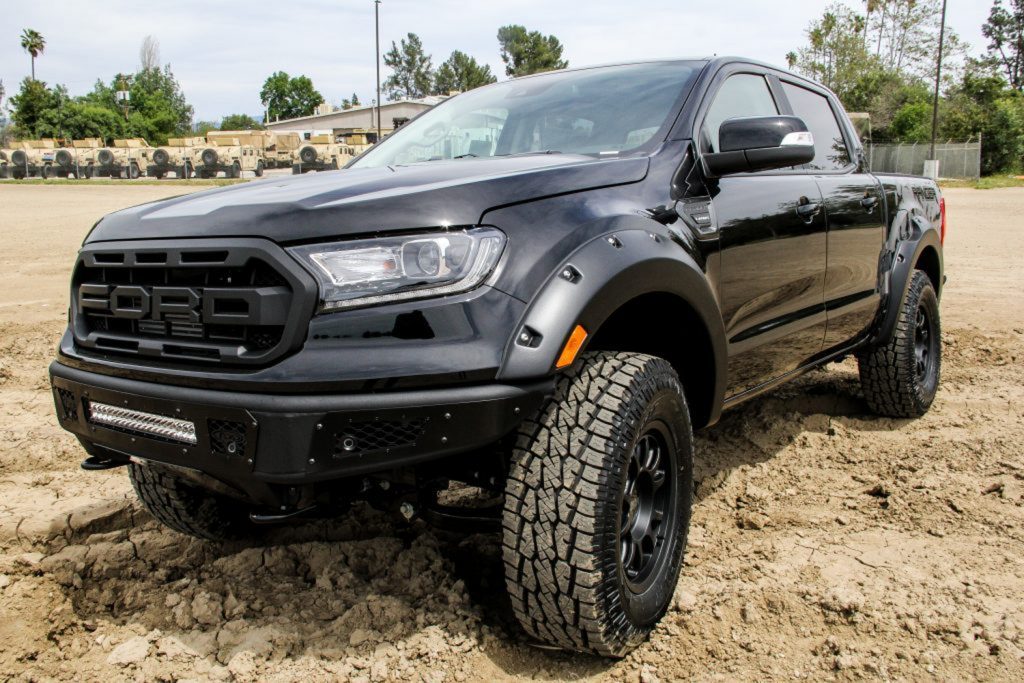 GAS or Galpin Auto Sports is the custom car arm of the Galpin Motors, an auto dealership that has been modifying vehicles of all sorts of years. The latest customized ride from GAS is called the Ranger X. This truck takes the stock 2019 Ford Ranger and adds a slew of style upgrades to make the truck stand out in a crowd with rugged off-road looks.

One of the core modifications to the Ranger X comes in suspension upgrades that increase the ride height to clear larger tires. The lift is a ProComp Leveling Kit and the wheels are custom 17-inch units shod in ProComp A/T tires measuring 285/70/17. These tires should give the grip needed in most off-road situations. The Ranger X includes a Ranger Raptor front grill and Ford Accessories Fender Flares. Standard Ranger bumpers are ditched in favor of rugged and attractive Addictive Desert Design front and rear bumpers. In a special slot cut into the front bumper a Rigid Industries LED light bar is installed for times when more light is needed.

The sides of the truck have custom Ranger graphics that look similar to the graphics on some F-150 Raptor trucks. GAS notes that if these modifications aren’t enough for the truck fans out there, it can do just about anything a buyer wants from custom interior touches to enhanced stereos and bespoke upholstery. Galpin’s Ranger X might seem similar to the Hennessey Ranger VelociRaptor, but Hennessey tweaks the engine tuning to get more power; the engine is left alone on the Ranger X. Pricing is also significantly different between the Hennessey Ranger VelociRaptor and the GAS Ranger X. The Ranger VelociRaptor package costs $19,500 for starters, while the Ranger X conversion is $13,950 for starters. Neither of those prices includes the base Ranger truck, Ranger X fans can order directly from Galpin Ford. These two modified Rangers might scratch that Ranger Raptor itch until the real deal makes it to the States. 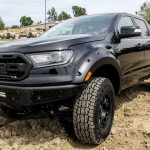 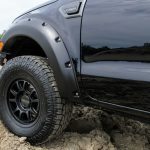 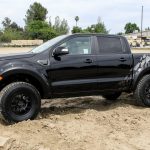 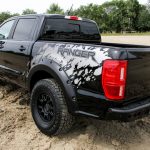 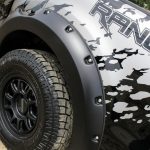 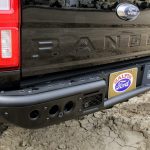