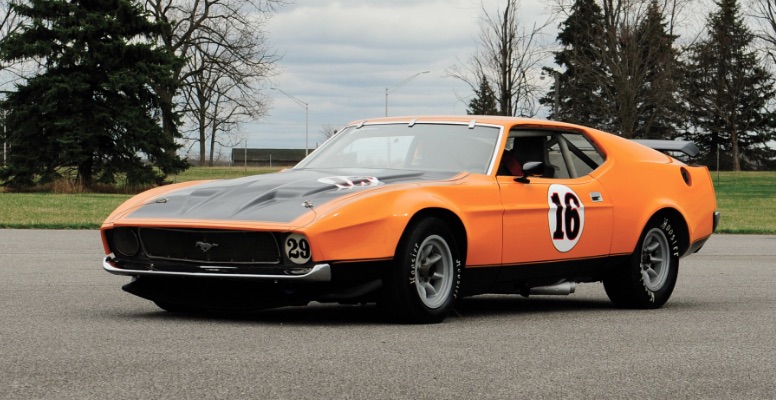 Some people pay big bucks for vintage race cars with illustrious histories, but unless you are stinking rich and want to keep the car in a collection or museum, most folks are better off buying a well-used and less successful one – like this 1971 Ford Mustang Trans-Am, for example.

This former Trans Am Series race car, which will be sold at RM Sotheby’s upcoming Auburn Spring sale, has an unknown past and its estimated sale price of $65,000-$85,000 is low for something that is of any significance. For this reason, it’s begging for a complete restoration and to be taken vintage racing. The new owner won’t have to overpay to get themselves into it and they won’t be out as much money should they or the driver they hire to race it get into a crash.

RM Sotheby’s listing doesn’t have any info on the Mustang, but a Mecum listing from 2017, which appears to be of the same car, provides some details on it. Under the hood is a bored 351 Windsor V8, which is paired with a Toploader four-speed manual transmission and 4.11 rear gears. The engine also has some interesting in-period upgrade parts like the aluminum radiator from Big Block Corvette, a NASCAR manifold, the original race-spec fuel pump, a three-stage dry sump system and a Kar Kraft floating rear axle, among more. This thing is dripping in style and appears to be in working condition, although it looks pretty rough around the edges. The buyer will definitely have to give it some TLC before taking it racing, but for $65,000, it really doesn’t get much cooler than an ex-Trans Am car.

Check out the listing at this link for additional photos.

Subscribe to Ford Authority for more Ford Mustang news and around the clock Ford news coverage.