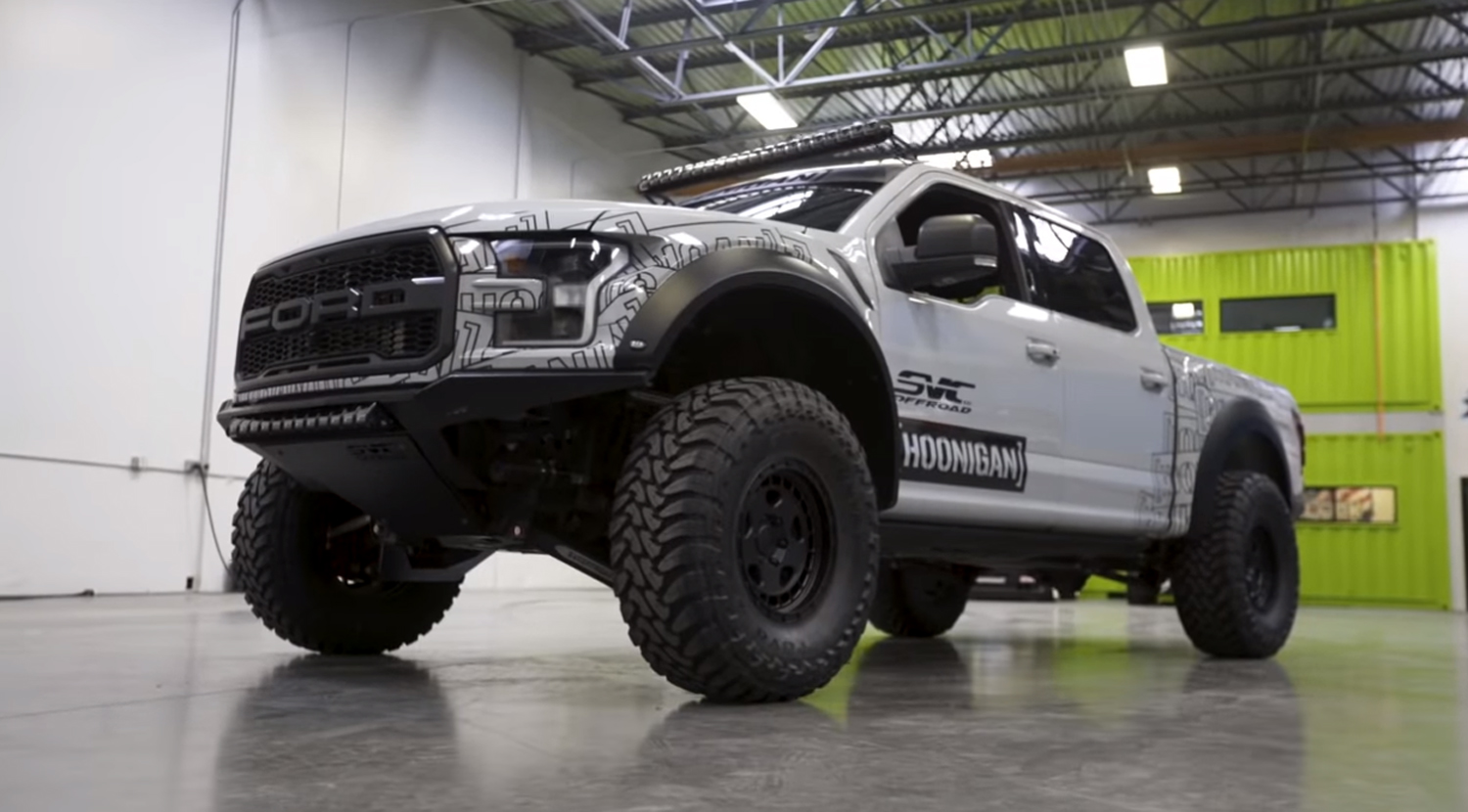 Ken Block and the word “stock” don’t go hand in hand. The guy is known for his Gymkhana videos and awesome cars he drives in them – like the Hoonitruck. Block can’t get around all the time in hopped-up racing trucks, which is what the Hoonitruck is. This is where Block’s new street/desert Ford Raptor comes in.

Block started with a standard 2017 Ford F-150 Raptor in Avalanche Grey. He then turned the truck over to SVC Offroad out of California, which is the same company that whipped up Block’s other Ford Raptor – the RaptorTRAX. SVC Offroad went to work on the Raptor’s standard high-output 3.5-liter twin-turbo V6 engine and upped it from the stock 450 horsepower and 510 pound-feet of torque to a much healthier estimated 550 horsepower and 600 pound-feet of torque. The extra power and torque came thanks to a new tune, SVC intercooler, SVC intake, SPD turbo adapters, and Stainless Works exhaust. Once the engine was attended to, the SVC team turned to the style and suspension of the Raptor giving it a Gen2 Mojave front bumper with skidplate, Gen2 Baja rear bumper, and Gen2 Bypass bed rack that has tire storage. The snazzy fiberglass front fenders are by ADV.

The Ford Raptor has lots of lights with a Rigid Industries 50-inch light bar on the roof and a smaller 30-inch light bar in the front bumper. On the suspension side, SVC fitted the Ford Raptor with a Mid Travel Kit with Fox 3.5 bypass shocks in the front and Deaver Suspension leaf springs, SVC traction bars, and Fox 4.0 five-tube bypass shocks in the rear.

The lifted and customized suspension clears a set of 17-inch Fifteen52 Turbomac HD wheels with 37-inch Toyo Open Country M/T tires. Everything was topped off with Custom graphics to make one of the meanest looking Ford Raptor trucks around. Ford Raptor fans will want to check out the video and see the truck in action. 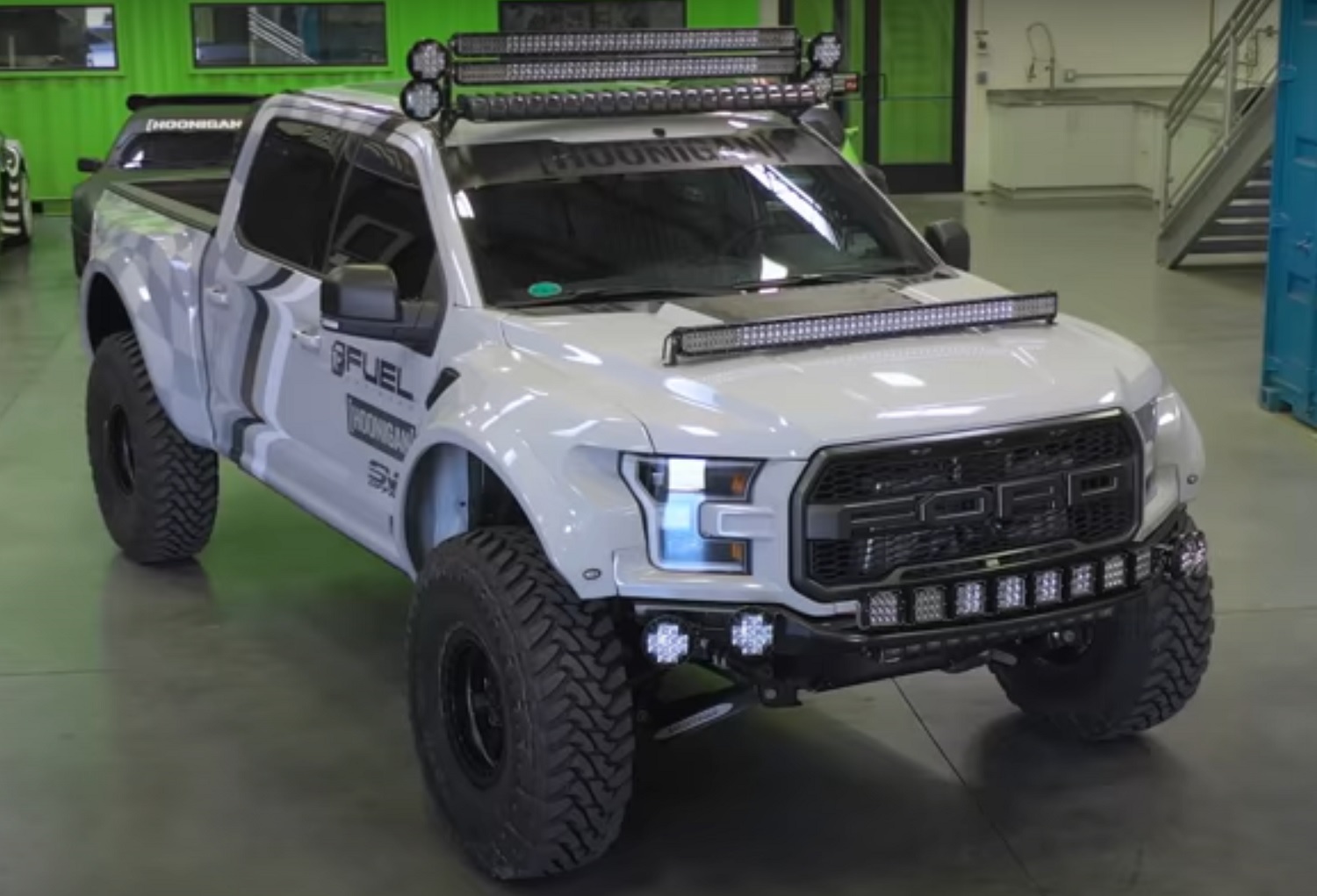