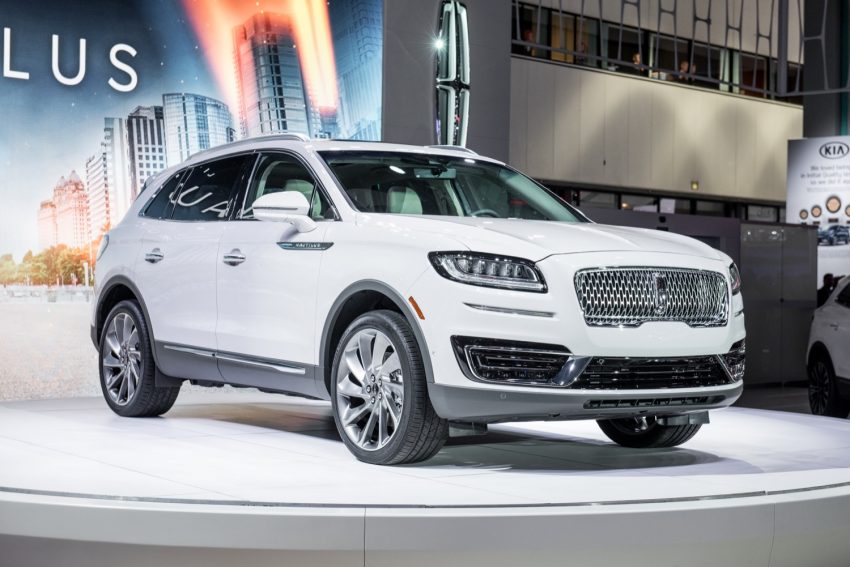 Lincoln Nautilus sales increased 26 percent in the United States in the first quarter of 2019 compared to Lincoln MKX sales in Q1 2018. The Nautilus, which replaces the MKX as part of the 2019 model year refresh, has yet to launch in other markets, where the MKX is still on sale. In that regard, Lincoln MKX sales decreased in Mexico and in South Korea.

In the United States, combined Lincoln Nautilus and MKX deliveries totaled 7,835 units in Q1 2019, an increase of 25.8 percent compared to 6,228 units of the MKX sold in Q1 2018. The Nautilus replaced the MKX in late 2018, and U.S. sales figures include the new Nautilus and the remaining units of the outgoing MKX (see Lincoln MKX sales). It’s worth noting that Lexus RX sales figures include those of the regular RX, which is a direct rival to the Nautilus, as well as that of the RX-L, which is more of a three-row rival to the upcoming Lincoln Aviator. Despite placing in the second half of its pack by sales volume, Lincoln Nautilus sales outpaced the segment during the quarter. We attribute the circumstance to renewed consumer interest in the refreshed Nautilus over the MKX. In addition, it’s possible that heavy incentives of the outgoing MKX could have also contributed to the noteworthy sales spike.