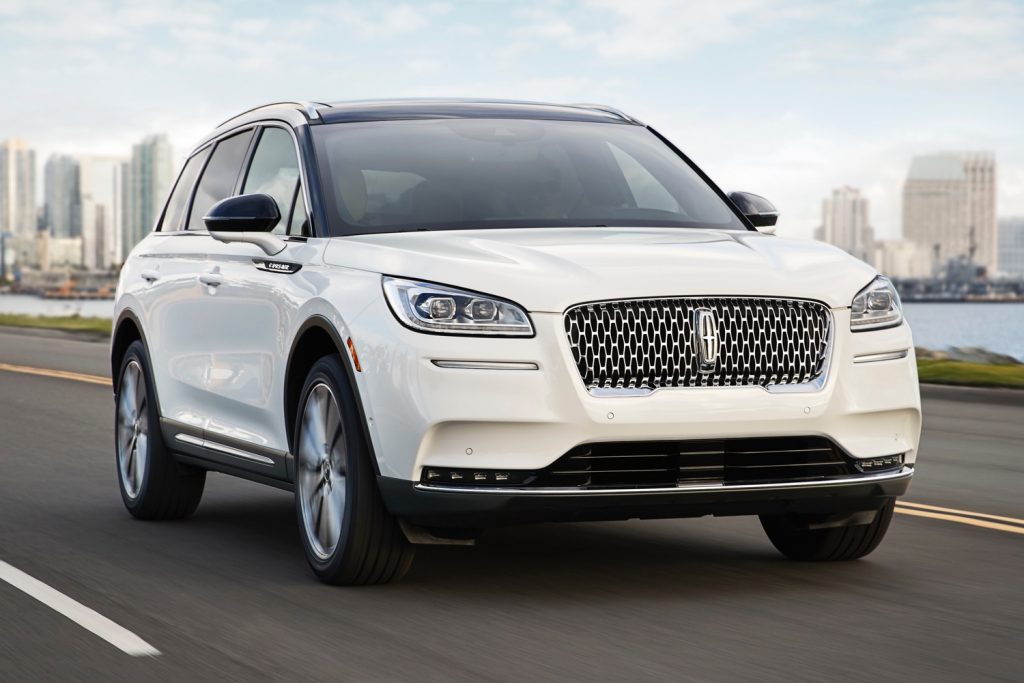 This week, Lincoln debuted its all-new Corsair crossover at the 2019 New York International Auto Show. The 2020 Lincoln Corsair has been a stunner at this year’s show, and one element it is being praised for is its spacious cabin. In particular, the Lincoln Corsair rear seat leg room is large enough to comfortably seat passengers over 6 feet tall, and Lincoln says that its second row is larger than that of several other luxury SUVs.

The 2020 Corsair replaces the MKC in the Lincoln lineup as the brand’s smallest SUV, but it makes the most of its compact size. Passengers sitting in the rear will find that they have more second-row legroom than competitors, including the Mercedes-Benz GLS-Class and the Tesla Model X. New for the Corsair is a sliding rear seat with up to six inches of travel. Lincoln emphasizes superior legroom of the Corsair when compared to the GLS and Model X, but those vehicles aren’t its direct competitors… not by a long shot. Things become much more interesting when looking at how Lincoln Corsair rear seat leg room compares to its direct rivals, which we have compiled below. Having personally sat in the Corsair at the New York Auto Show this week, I was very impressed with not only the seating position of the driver’s seat, but also with the spaciousness of the second row. The Corsair impressed me because I, at 6’4″, was able to find a very comfortable seating position up front thanks to the 24-way driver’s seat – but more noteworthy is that I was able to “sit behind myself” in the second row, without having my knees touch the seatback of the front seat.

And that, ladies and gents, is a very good thing for a compact crossover.