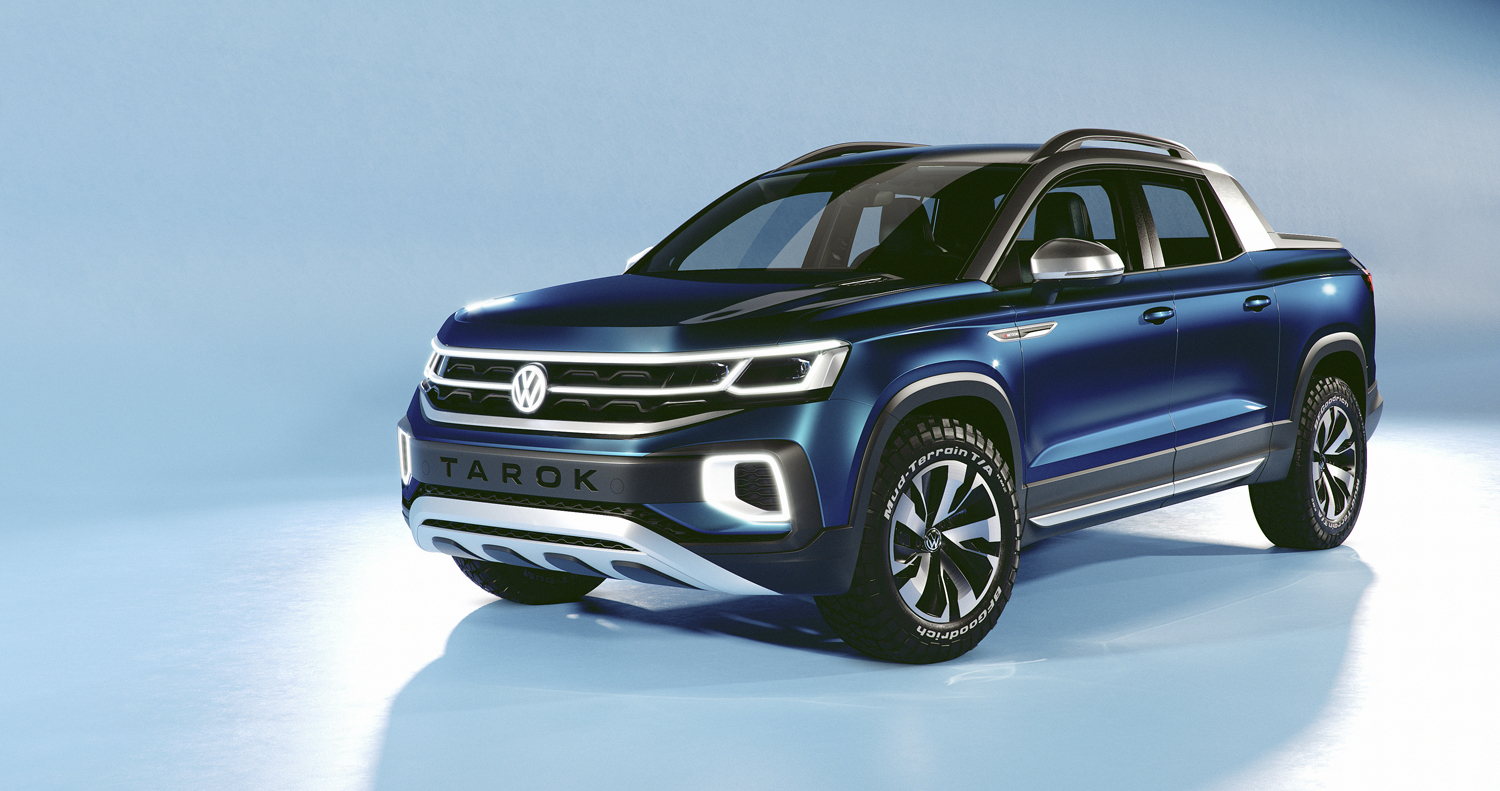 The mid-size truck market is booming today with the Ford Ranger back on the market and doing very well. The Ranger went into overtime production in February due to high demand. Ford’s latest sales figures show that the automaker moved 9,421 units in Q1 2019. As the Ranger is grabbing its slice of the mid-size truck pie, the competition wants in on the action with the Jeep Gladiator now shipping. VW is showing off a new concept that might be the next contender in the market segment.

VW is showing off the Tarok pickup concept at the New York International Auto Show, and the concept has one very trick feature that many in the mid-size truck market will appreciate. The coolest feature of the Tarok is a mid-gate in the rear section of the passenger compartment that folds down allowing longer items to be carried with a portion of the item inside the cab. Having part of the payload inside the cab is an alternative to having long items hanging out the rear of the truck. The Tarok concept is built on the Volkswagen MQB platform and is one of the largest vehicles on that platform alongside the VW Atlas. The VW Tarok concept has a 117.7-inch wheelbase with short overhangs of 36 inches at the front and 39.8 inches at the rear. The width of the load area between the wheel arches is 42.9 inches, and the bed length is 47.5 inches with the tailgate in place.

Drop that tailgate and the load area is 27.4 inches longer. When more space is needed, dropping the mid-gate behind the passenger compartment extends the load area by another 25.8 inches. Payload capacity in the Tarok concept is 2,271 pounds. The Gladiator may be the only convertible truck on the market, but the VW Tarok concept does let occupants get some wind in their hair with a targa top. It’s not clear exactly how the targa top operates, be it a sliding glass panel of some sort or removable panels like a Jeep Wrangler with the hard top installed. The VW Tarok concept is powered by a 1.4-liter 147-horsepower turbo inline-four with direct-injection mated to a 6-speed automatic gearbox. VW fits the concept with its 4Motion all-wheel-drive system, which isn’t meant for Jeep-style off-roading. That said, VW does brag that the Tarok concept has minimum ground clearance of 9.6 inches, an approach angle of 23.8 degrees, a departure angle of 26.4 degrees, and a breakover angle of 22.1 degrees. A production version of the Tarok is planned for Brazil first. VW and Ford have agreed to work on a truck together, a next-gen Ranger gaining the Tarok’s slick mid-gate system would be very cool. 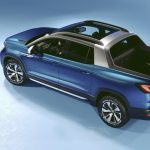 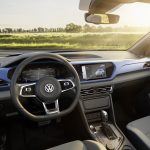 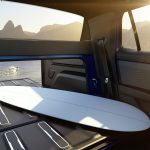 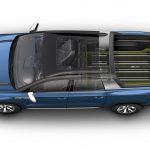 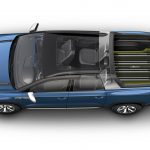 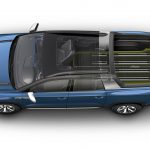 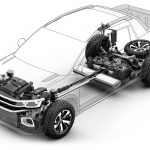 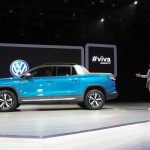 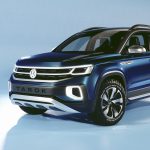