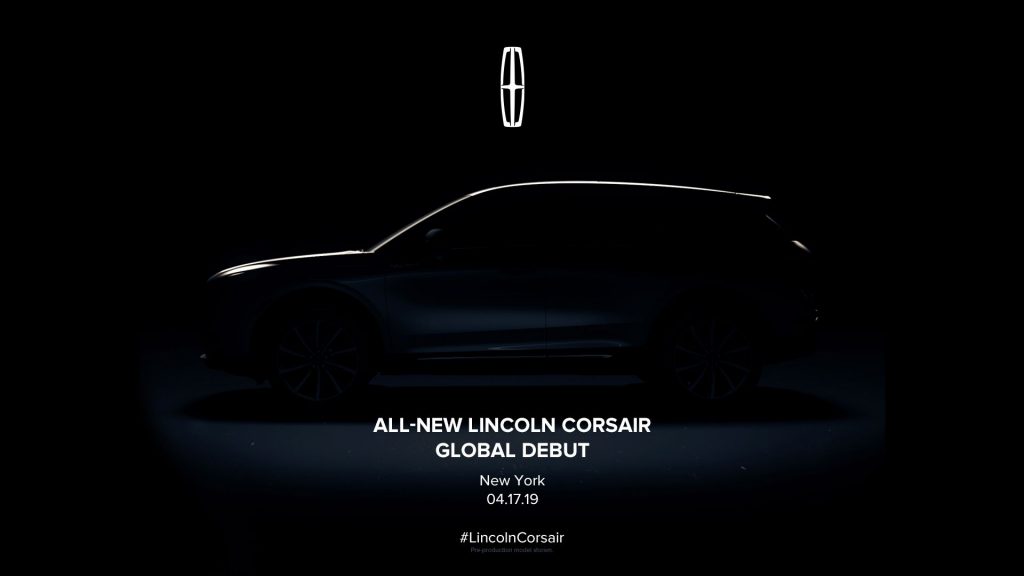 The official unveiling for the Lincoln Corasir SUV is set for April 17th at 7:45 am at the New York International Auto Show. If you aren’t going to be at the auto show, but want to see the unveiling as it happens, tune in right here. Lincoln will be live-streaming the unveiling via YouTube.

Lincoln fans who want something smaller than the posh Navigator and Aviator SUVs have been salivating over the Lincoln Corsair. We caught our first glimpse of the camouflaged Corsair SUV back in February when it was clad in camo during testing. Reports indicate that the Corsair will launch as a 2020 model, which could mean it hits dealers later this year. While we will know all about the Corsair come tomorrow, we do have some details already. It will roll on the scalable Ford front-wheel-drive platform that is shared closely with the 2020 Ford Escape. Corsair will have two rows of seating for up to five passengers. Three different powertrain options will be offered by Lincoln including a 2.0-liter EcoBoost base engine with 240 horsepower and 270 pound-feet of torque.

The mid-range will have a 2.3-liter EcoBoost inline-four making 285 horsepower and 305 pound-feet of torque. For the fuel sippers out there, a plug-in hybrid version with a 2.5-liter-inline four will be offered. The Lincoln Corsair will be built in Louisville, Kentucky for North American Markets and at an unnamed Chinese plant for the Asian market. Check back with Ford Authority for all the details on the Corsair.