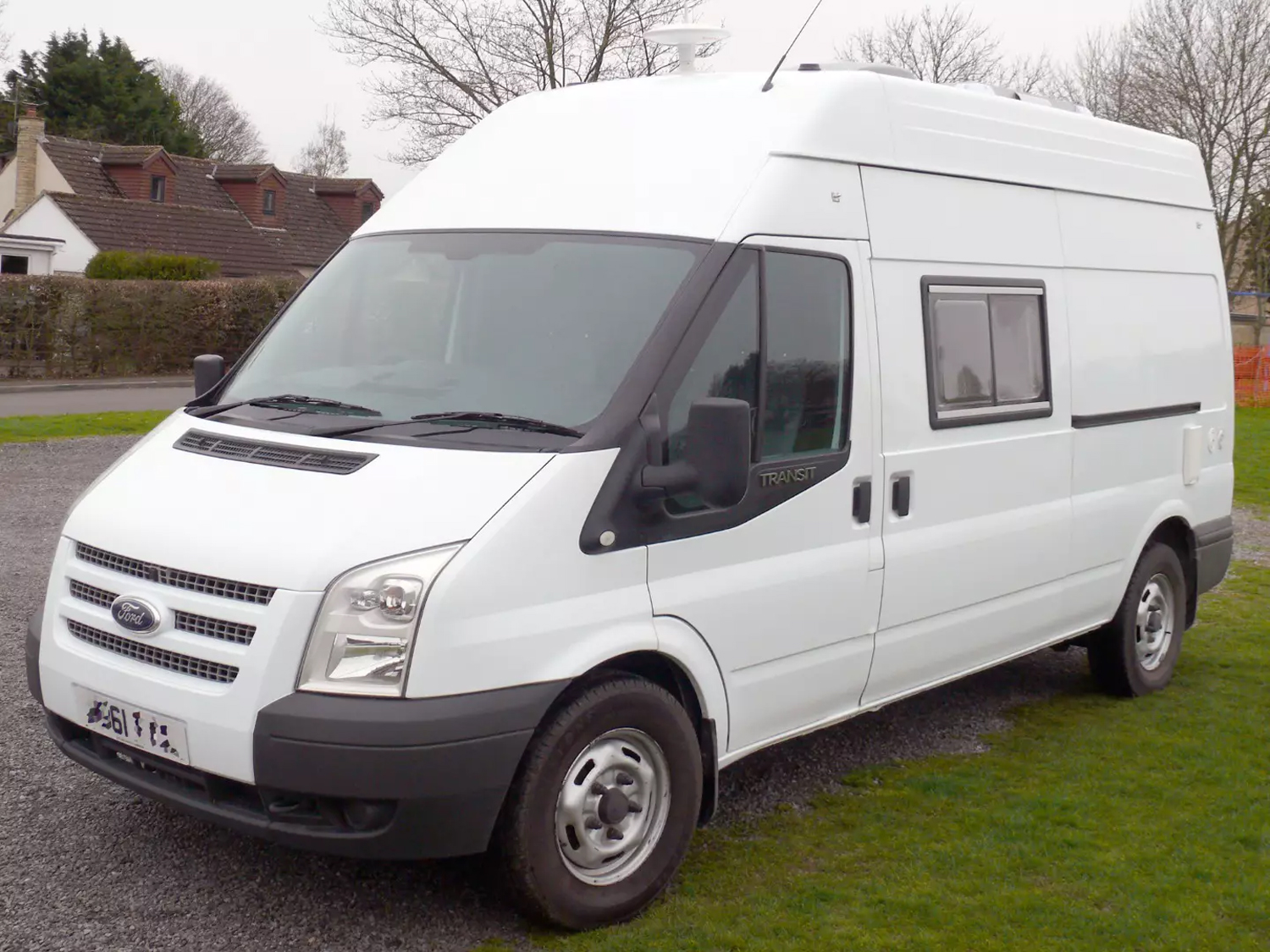 For some people, the typical office day isn’t for them. These are the sort of folks who freelance or perhaps own a business and can work from anywhere. You can find these sort of people working out of local coffee shops and such, but if you want privacy and the ability to take your home and office anywhere, something like this Ford Transit camper van might do the trick.

The Ford Transit camper van was built DIY-style by a UK man called Matt Clarke, and he did a good enough job that the finished product looks factory built. The van the build started with was a 2012 Ford Transit and the conversion focused on providing an untethered workspace that can go off the grid and still support work and play. Clarke says that the idea was to build an “off-grid, surf, live, and work stealth camper van,” and he succeeded. The van has space to store a surfboard for playtime and an office with a computer cabinet that folds down to unveil a 27-inch iMac work station. A little cube bench seat bungies to the wall under the cabinet for seating. Remove the keyboard from the worktop, and the drop-down computer workstation serves as a dining table and the iMac is the entertainment system as well.

Connectivity when out in the wild comes from a 3G/4G MiFi antenna for web surfing and a 2.4GHz/5GHz antenna for local WiFi signal use from cafes, campgrounds, and other sources. A TV antenna is up top with a booster to get a better signal, and the van is wired up to support multiple WiFi devices. Above the workstation cabinet is an audio system for tunes and sound for the computer. To power all the electronics off the grid, Clarke uses an electric system that he wired into the Ford Transit Camper van with a 200W roof-mounted solar panel and a trio of 115Ah batteries. There is a 240V hookup for external power when available on the van’s exterior.

The batteries charge off the vehicle alternator when driving. The camper also has a wet room with a toilet and shower, a sink, stove, a refrigerator/freezer, and a gas cooktop. The engine for the Ford Transit camper van is a standard 123-horsepower 2.2-liter diesel that had 135,000 miles on it when the conversion was made. The couch turns into a bed for nappy time. For those that like the camper van idea, but want to be totally green, a Ford Transit EV is coming by 2021. 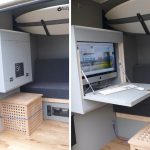 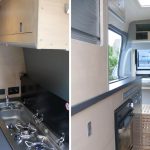 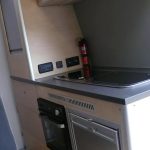 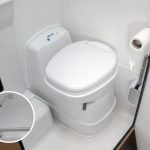 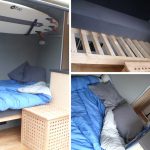 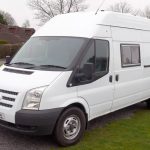 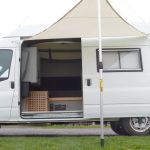 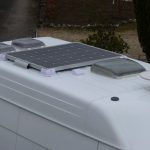 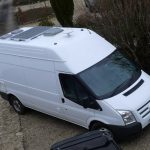 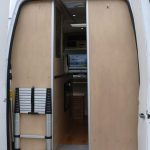 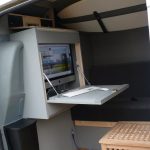