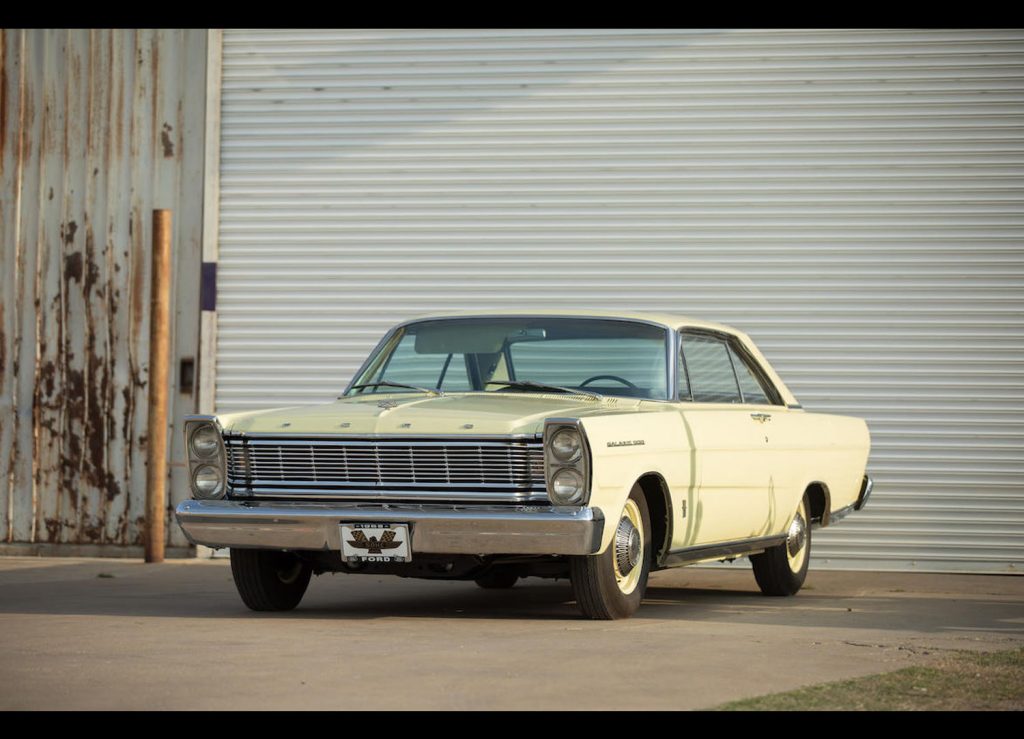 This car packs a 427 cubic inch SOHC M-Code V8 with dual Holley 4-barrel carbs making 657 horsepower. That giant V8 sends power to the road via a 4-speed manual transmission. It features 4-wheel hydraulic drum brakes. This car was a factory experimental unit that was banned by NASCAR before it ever ran. This particular 1965 Ford Galaxie 500 is said to be one of the most powerful Ford cars ever made. While the 1965 Ford Galaxie 500 did come from the factory with an M code 427 V8, it’s not clear if the engine in the car is the factory original engine. The story for the car says it was brought by the seller’s brother who removed the original V8 engine and put it into a boat. The car was run in stock car racing for a time with a 390 cubic inch V8 under the hood.

Years later it was abandoned on the family farm before being restored to the condition it is in now with what the listing says is a “proper 427 SOHC “Cammer” V8.” The restoration included the use of new NOS parts when possible. Since the car is going across the block with no reserve, someone will take it home. Original engine or not, pre-auction estimates peg the vehicle to sell at $300,000 to $400,000. The seller believes this car is a one-of-one experiment that was never meant to be sold to the public. 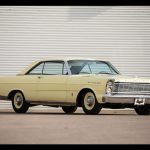 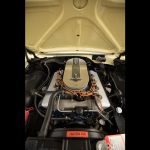 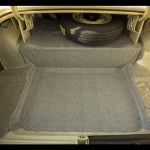 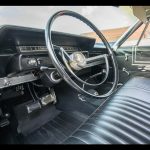 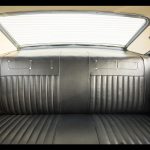 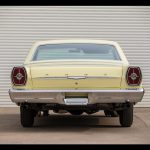