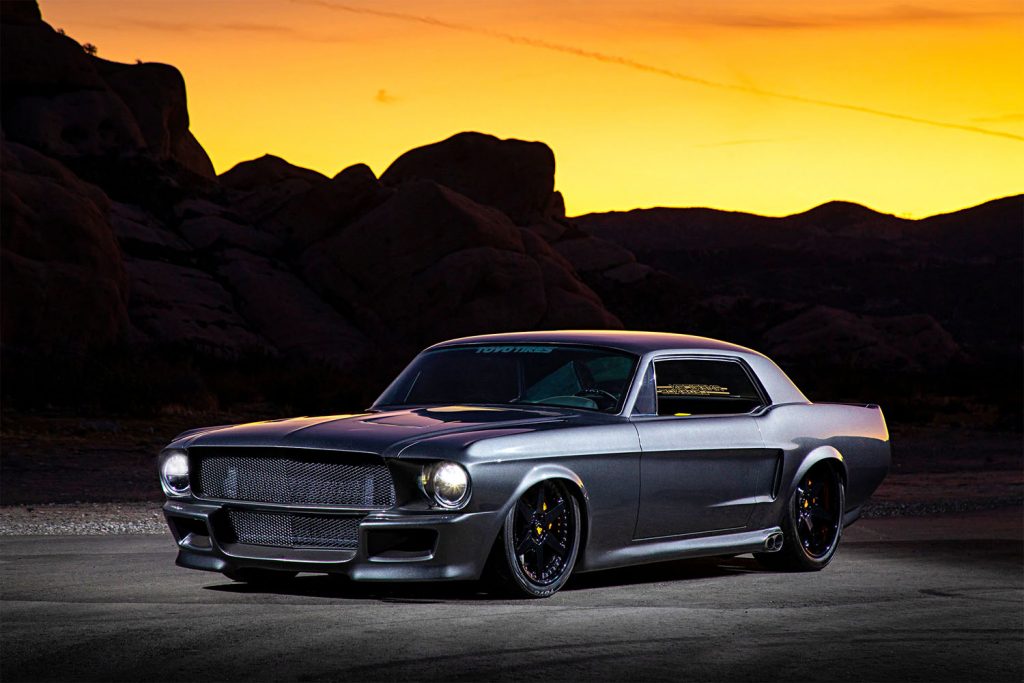 The car was built for the 2018 SEMA show and has the engine out of a 2006 Ferrari F430 under the hood. It’s not a standard F430 engine; the Ferrari 4.3-liter V8 engine uses a pair of Nelson Racing T-4 turbos with an MS3 Pro stand-alone ECU. Straight out of the Ferrari F430 the V8 made 483 horsepower and 343 pound-foot of torque. With the twin turbos ladling in 8 psi of boost, estimates are somewhere around 700 horsepower. Power is sent to the rear wheels via a Tremec T-56 six-speed manual that was adapted to the Ferrari V8, and the transmission is fitted with an S1 sequential shifter. The Ferrari engine is far from all the work that was done to this 1968 Ford Mustang. The top was chopped 2.5-inches, and the drip rails were shaved. Lots of subtle changes were made to the outside of the car, including removing the door handles and a side exit exhaust along with big wheel flares.

The interior was completely worked over as well with custom pedals and upholstery including a completely new dash. The wheels are Avant Garde forged three-piece units measuring 18×8 front and 20×10 in the rear shod with Toyota R888R tires in surprisingly skinny 225 front and 285 rear widths. The giant brakes are 14-inch Wilwood units. There is no indication of how much the car cost to build, but anything with a prancing stallion on it is costly. The finished car, which is called Corruptt, looks like the love child of a forbidden romance that happened during Le Mans in the ’60s. We talked about an interesting 1970 Ford Mustang Mach 1 yesterday that will be more up the Mustang purists alley. 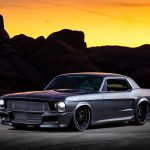 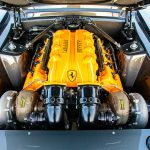 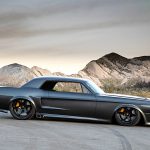 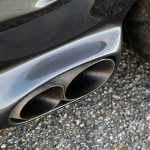 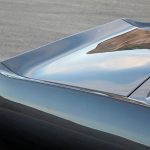 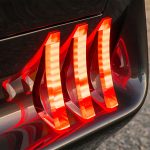 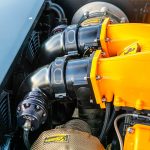 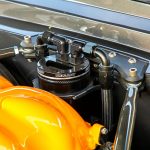 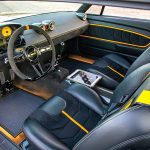 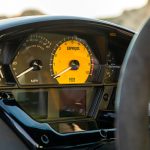 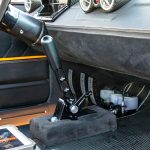 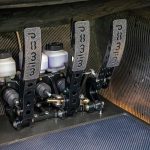 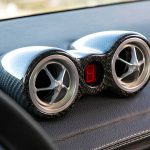 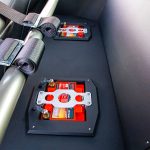 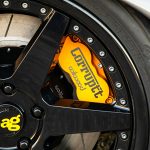