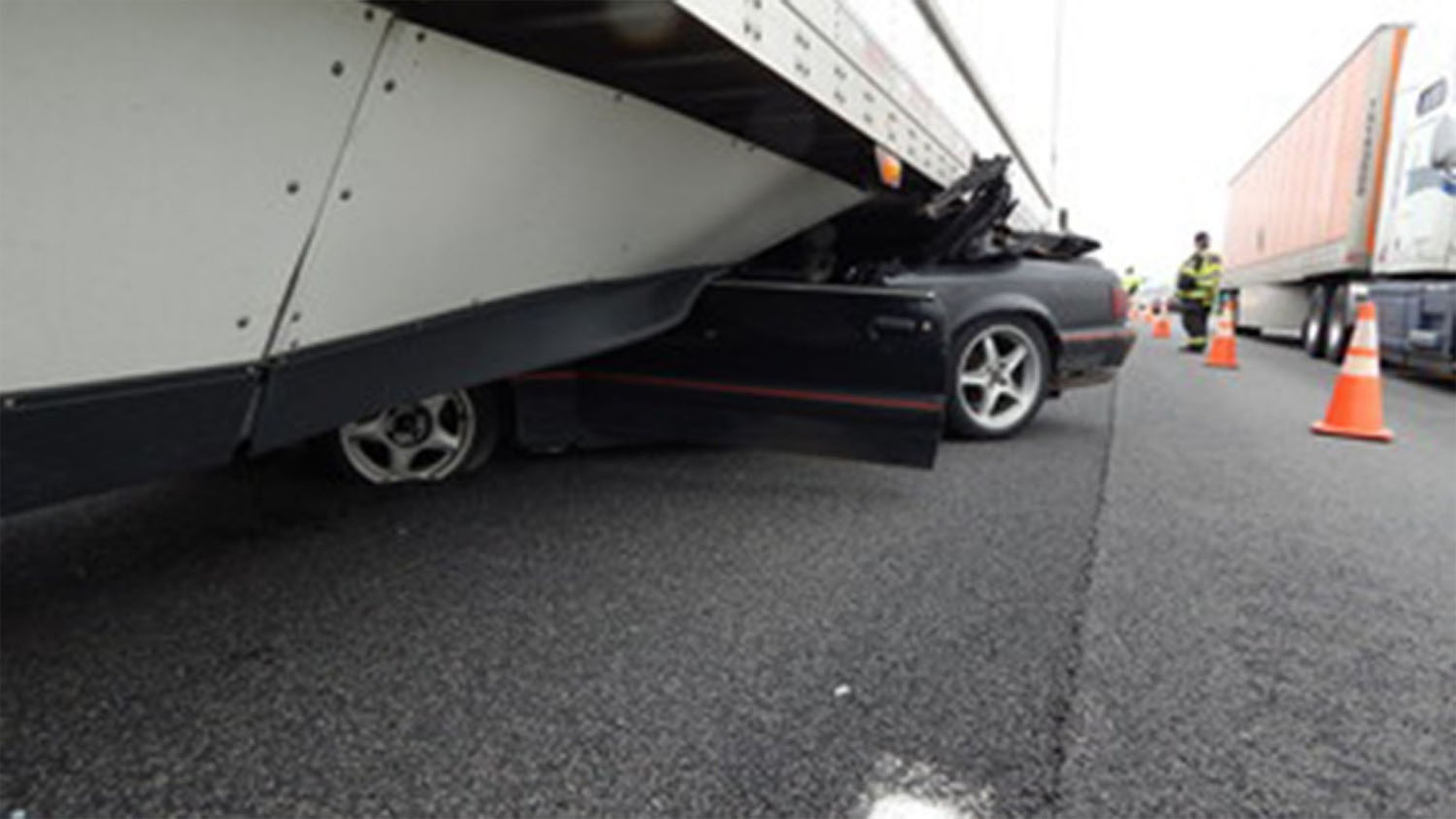 It looks like another Fox body Mustang has gone to the great beyond. A Fox body 1989 Mustang GT convertible belonging to an Indiana man was involved in a very gruesome looking accident. The driver survived the crash despite his Mustang being drug down the road under a tractor-trailer unbeknownst to the driver of the big rig.

Indiana State Police say that Ryan R. Lawson’s Mustang swerved under the trailer of the big rig on I-69. The truck driver drug the 1989 Mustang GT along under the trailer for a half-mile before realizing what was going on.

The pictures show just how close Lawson came to death as the roof was ripped off the 1989 Mustang GT convertible right where the man’s head would have been. Despite the seemingly unsurvivable accident, Lawson was uninjured and was able to free himself from the car after the crash.

The report shows that Lawson refused medical treatment from first responders at the scene. Police say that a mechanical failure of some sort likely caused the accident. There is no indication of exactly what sort of mechanical failure occurred to cause such a bizarre accident. There is no indication that drugs or alcohol were a cause of the crash.

We’re glad no one was injured in the accident; it’s sad to see a Fox get destroyed. Prices on Fox body Mustangs have increased significantly in recent years as they become more collectible. The most expensive Fox body ever sold was a 1993 Ford Mustang Cobra R back in January. That perfect Fox still wore its factory delivery plastic and was number 11 of the 107 Cobra R models made that year. The Cobra R is undoubtedly one of the most desirable of all Fox body Mustangs.