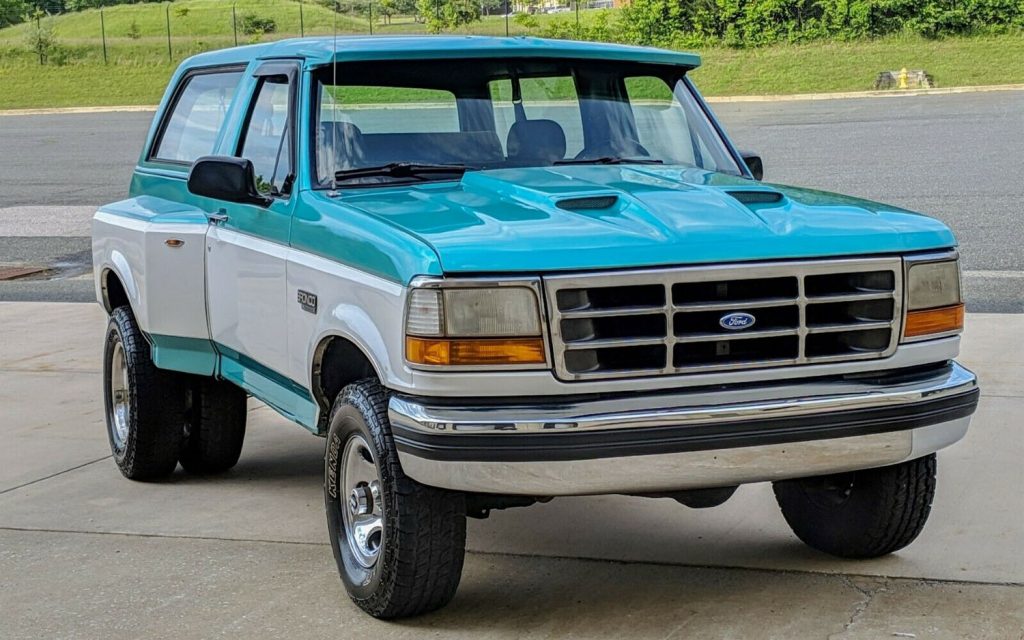 The Ford Bronco may have been out of production for years, but it is still a very popular SUV that people seek out. The early first gen Ford Bronco might command prices well over $200,000 from some shops, but if you are willing to look for a later model Bronco, you can still get some deals. Take this strangely cool 1994 Ford Bronco dually.

It started life as your average 4×4 Bronco before someone took the drive-train from a Ford F-350 and crammed it underneath to create the 1994 Ford Bronco dually you see here. The result is a Ford Bronco with dual rear wheels that looks almost as if it was that way from the factory. The 1994 Ford Bronco is on eBay with no reserve, that means if the seller plays by the rules, someone will own this Bronco Sunday night when the auction is over. In the images, the 1994 Bronco looks good with no dents and few scratches. The seller does note that rust is starting to creep up from underneath the paint. Rust is a deal killer for some folks, and this one has it bad with entire sections of the rocker panels missing near the rear of the door.

The interior looks very clean for the age, and while the eBay listing says automatic transmission, there is a manual transmission inside the Bronco. The listing states that the vehicle has 187,250 miles on it. It’s not clear if that is on the body or the F-350 dually drive train underneath, we would assume the body. As of writing, the bidding is up to $5,700 with about three and a half days to go. The desire for older Ford Broncos is strong, and with the new 2020 Ford Bronco coming, demand for older models will remain strong. 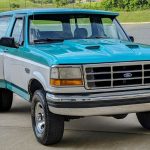 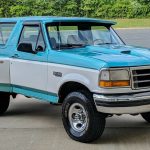 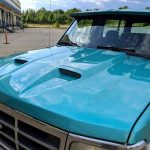 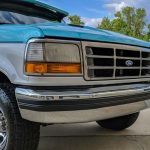 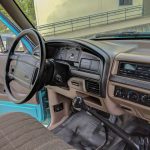 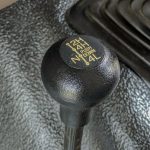 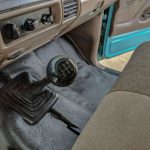 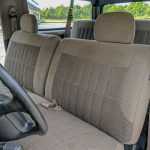 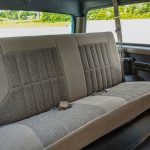