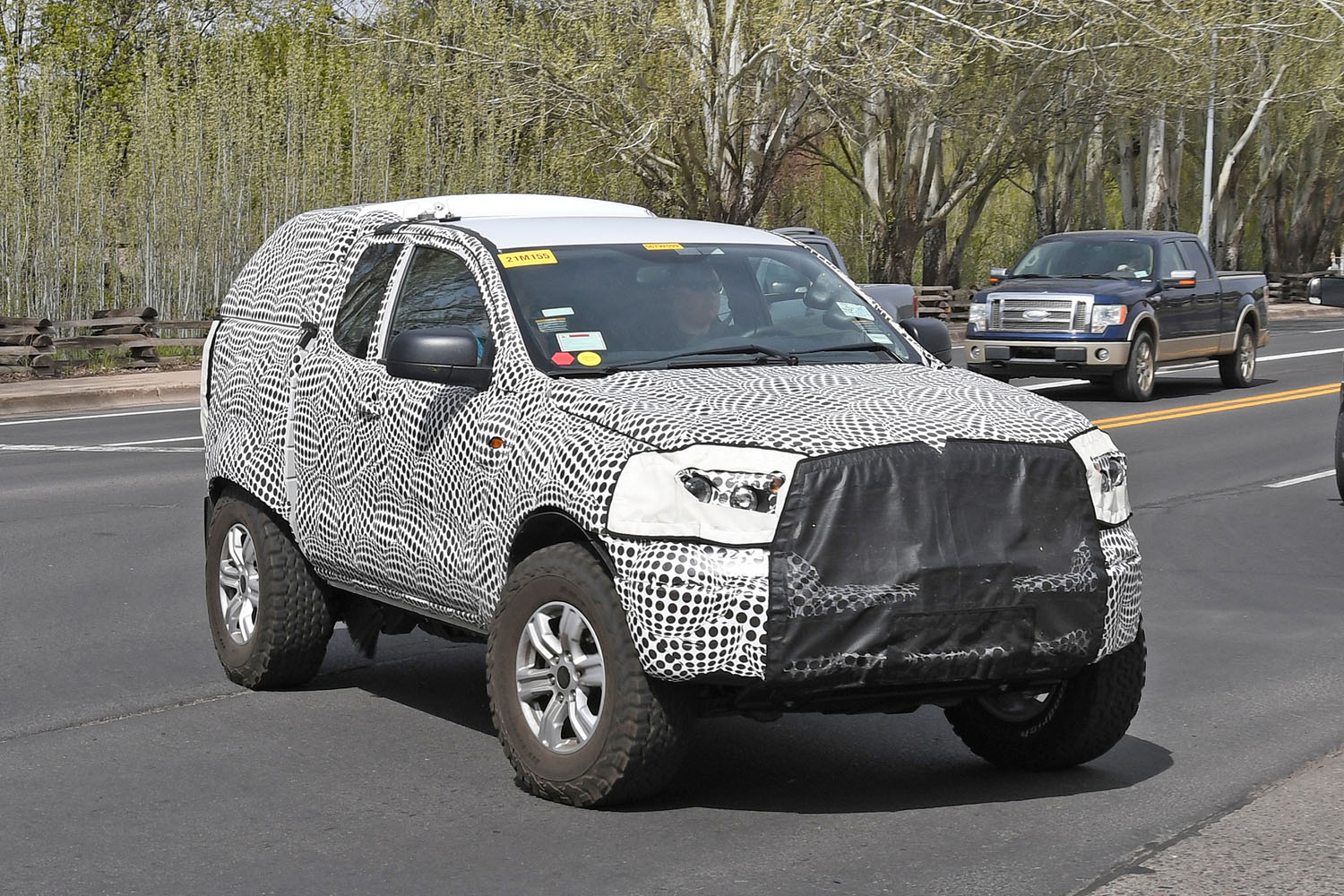 Ford Bronco fans are waiting in anticipation for the 2020 Ford Bronco to get official. Our spy shot artist caught the 2020 Ford Bronco clad in its Ranger body, still rocking those odd proportions we have seen before as it was testing in Colorado. The Bronco test mule is said to have been testing alongside a Jeep Wrangler and Toyota 4Runner.

This time out, those hanging brush bristles we have seen on test mules in the past have been replaced by fatter fender flares. The fat flares didn’t stop us from getting a look at the underside of the Bronco test mule. The first glimpse at the underside of the 2020 Bronco shows a look at the beefy frame taken from the 2019 Ranger that the Bronco will share a platform and a factory with. The photographer says that the front and rear axles are the same coil spring solid units that should give the 2020 Bronco serious off-road performance. We can see a heavy-duty skid plate on the underside of the Bronco to protect it from rocks and to allow it to slide off any obstacles it might get hung up on. Very little of the test mule hangs under the frame to get stuck on rocks or stumps when off-roading. Sources say that the 2020 Bronco will use Dana Spicer AdvanTEK Axles with a Dana 33 in the front and a Dana 44 in the rear. Assembly of the axles is said to be at a new facility in Toledo, Ohio down the street from where Jeep builds the Wrangler. The sources also say that, to save costs, the Bronco will not use lots of aluminum as the F-150 does. As for power to push the Bronco around, the same turbo four that the Ranger uses is expected paired with the same 10-speed automatic transmission. A hybrid is expected since Ford is betting big on electrification. We get a good look at the tires the test mule is wearing with this picture. The tires are BF Goodrich All-Terrain KO2s measuring 285/70R 17; that means a 33-inch tire from the factory. Anyone seeing the 2020 Ford Bronco test mule for the first time should keep in mind it will not look like this in production form. The test mule is a 2019 Ranger body with a shorter, chopped up bed. One thing we like about the test mule is the short overhangs that will be great for off-roading. We hope the production Bronco is narrow enough to make it into some of the places only the Wrangler can typically go. 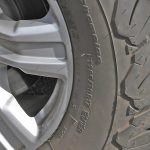 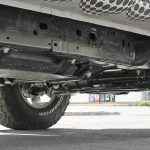 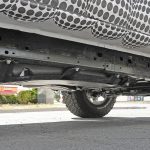 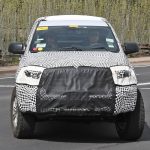 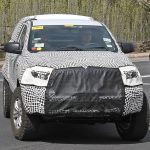 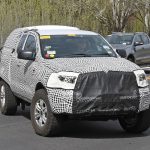 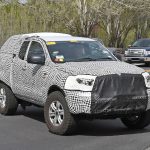 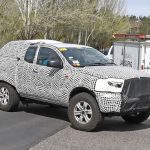 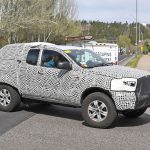 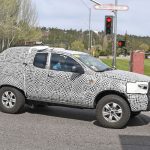 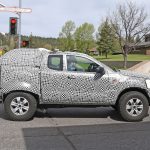 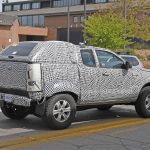 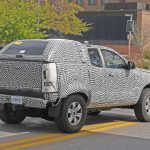 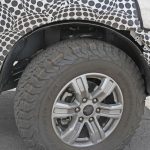 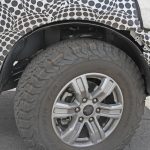 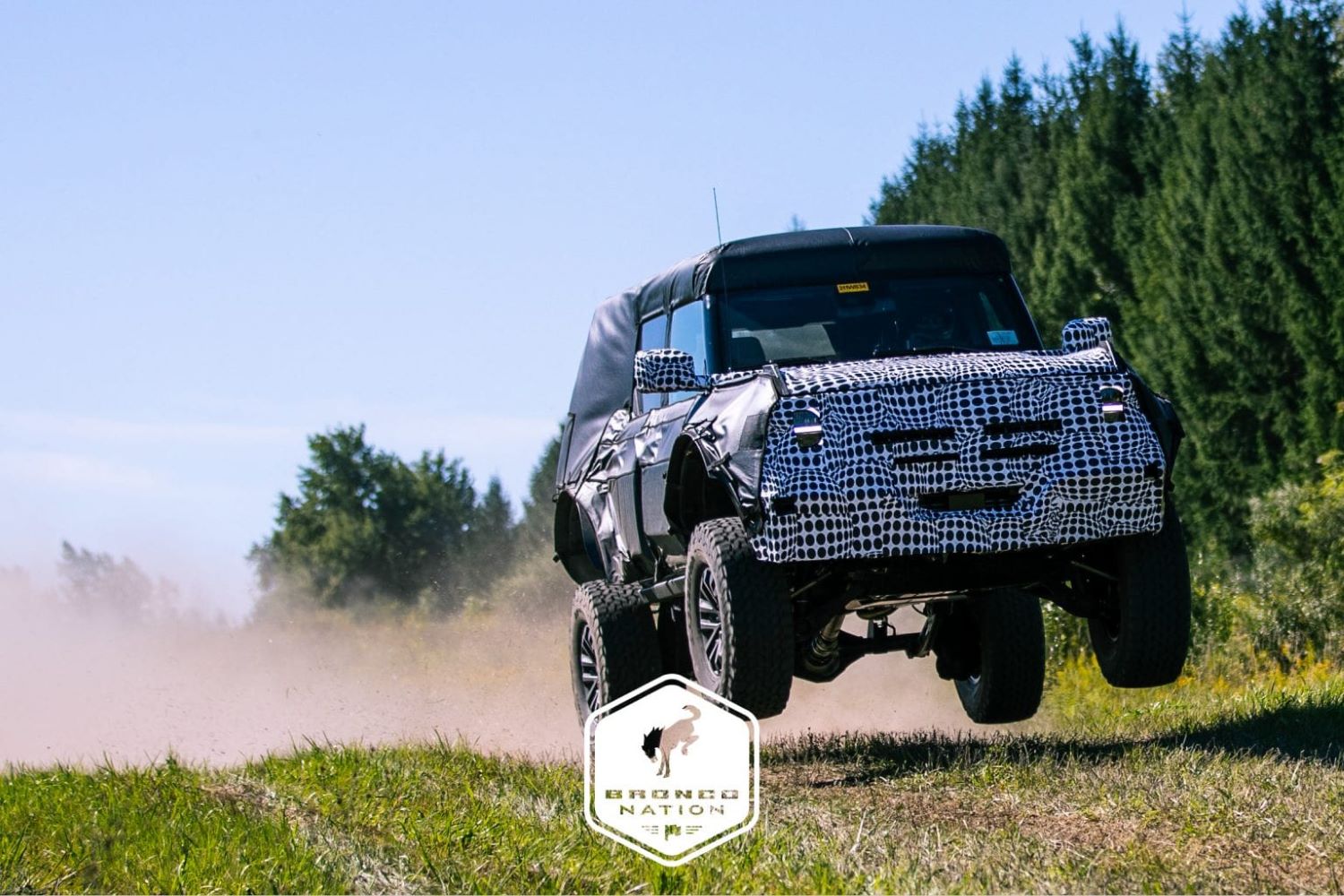