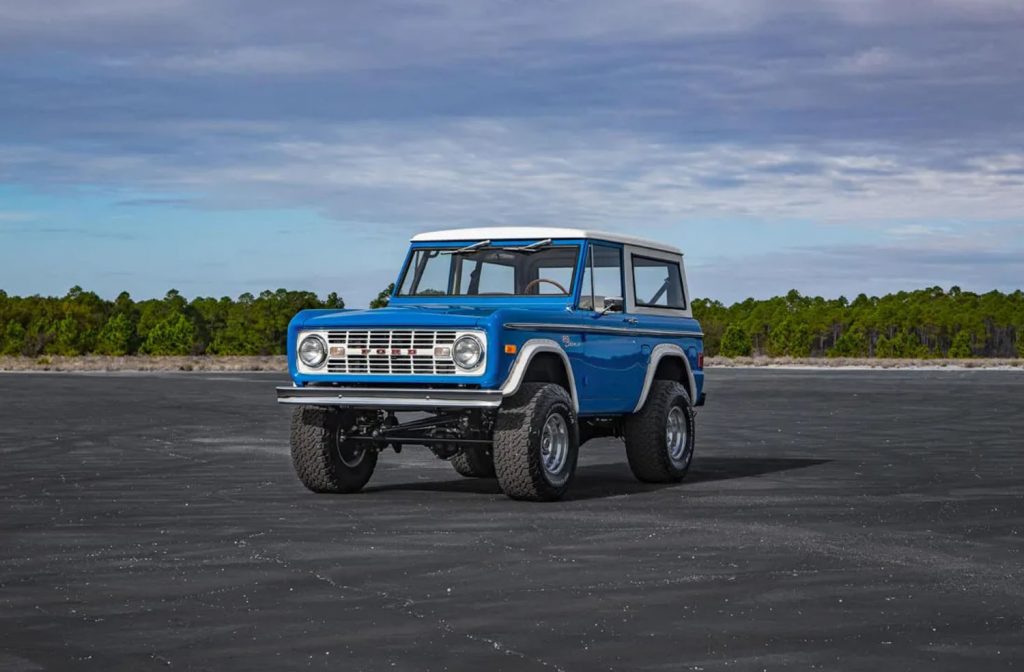 When the early Ford Bronco SUVs in the 1966 to 1977 range were new, they weren’t particularly expensive vehicles. They were rugged and meant to compete against the Jeeps and International Scouts of the era and carry owners wherever they wanted to go. With the 2020 Ford Bronco on the way, many are looking back at Bronco history. Early vintage Ford Broncos are commanding a premium.

Velocity Restorations does some of the best restorations of the 1966 to 1977 Ford Bronco and the company charges handsomely for it. It’s least expensive of the restomods is the Mountain Edition that sells for $169,000. It gets original-style bumpers, trim, and fender flares. Power is from a Ford 302 cubic inch V8 and a four-speed automatic or 3-speed manual transmission. Mountain Edition buyers also get a 2.5-inch lift kit and 33-inch tires. Stepping up to the Mountain Editon for $209,000 gets you a perfectly restored Ford Bronco with a modern 5.0-liter Coyote V8 under the hood from a modern Mustang. The modern engine is paired with an automatic transmission, and the Bronco gets air conditioning.

The best restoration that you get from Velocity Restorations is the Beach Edition Ford Bronco. It sells for $239,000 and is the most off-road worthy of all versions thanks to an additional inch of ground clearance. All of the restored Broncos come with a Bluetooth enabled stereo, updated interiors, and original or high-back reclining seats. The Beach Edition gets special gauge cluster and beach finishes along with a 6-point roll cage and your choice of early Bronco paint colors. The interior work on these Broncos is fantastic, and the entire vehicle is top notch. We hope that the new 2020 Ford Bronco has the retro looks of the early Broncos.