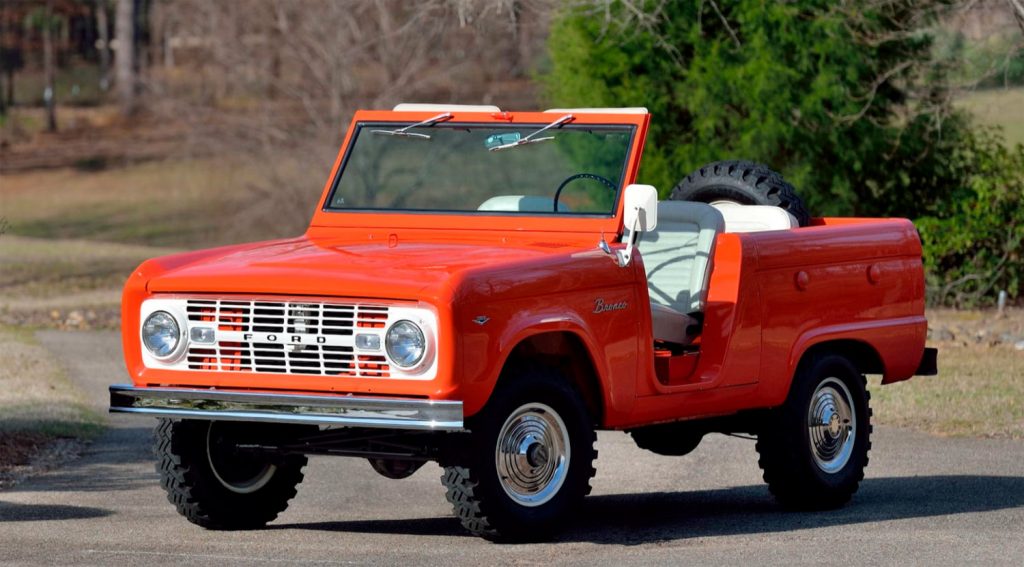 The classic Ford Bronco is quickly becoming one of the most desirable collectible vehicles on the market. Prices are shooting through the roof: according to Hagerty, the average value of a “concours” condition first-gen Ford Bronco is $73,500, and some examples are now deep into the six-figure range. But the question remains: why is the classic Ford Bronco suddenly considered so valuable?

No doubt much of it comes down to the popularity of the SUV body style. However, why the Bronco, as opposed to a model like the GMC Jimmy? The answer lies in the Bronco’s history. The first-generation Ford Bronco was produced between 1966 and 1977, and is considered one of the first SUVs ever built. It was also Ford’s first compact SUV, as Ford wanted to get in on the emerging SUV segment, and piggy-backed off the success of the Ford Mustang in doing so. When it hit the market, the first-gen Bronco went head-to-head with early SUVs like the International Harvester Scout and Jeep CJ. The idea was to combine the benefits of a car and a truck to create a do-anything vehicle with a flair for adventure. To that end, the first-gen Bronco was built on an all-new frame, and came equipped with a new suspension design and a new body.

Pricing started at just $2,400, but the classic Ford Bronco also offered a huge list of extras. This helped establish the idea of creating a Bronco “just for you,” a notion that the aftermarket quickly picked up on. The first-gen Bronco was also offered as a “roadster,” or rather a body without a roof or doors, which further cemented the idea of the Bronco as a basic, stripped-down vehicle ripe for customization and adventure.

The Bronco was short, with a 92-inch-long wheelbase, which made it easy to drive in town, not to mention a joy while rock crawling. This latter characteristic was also enhanced by the front coil suspension, which added even more confidence in the rough stuff. Moreover, Ford offered the Bronco with a V8 engine, which prompted the competition to respond with V8 models of their own.

At the end of the day, the Bronco was a complete departure from anything else on the market at the time, especially compared to Ford’s line of work trucks. Interestingly, Ford marketed its new SUV as a four-wheel-drive sports car. To back the claim, the classic Ford Bronco was raced (quite successfully) in the Mexican 1000 Rally, later known as the Baja 1000, all thanks to names like Bill Stroppe and Parnelli Jones.

The result of all this was that the classic Ford Bronco became quite popular among off-road enthusiasts. The styling was irresistible as well, with a tall ride height and big, boxy proportions that underlined the Bronco’s simple, yet robust attitude. Combine all these traits with a proven record in the dirt, plus a diehard fanbase, and what you get is a reason why classic Ford Bronco models were so desirable in the past, and why some units today are fetching such high values.