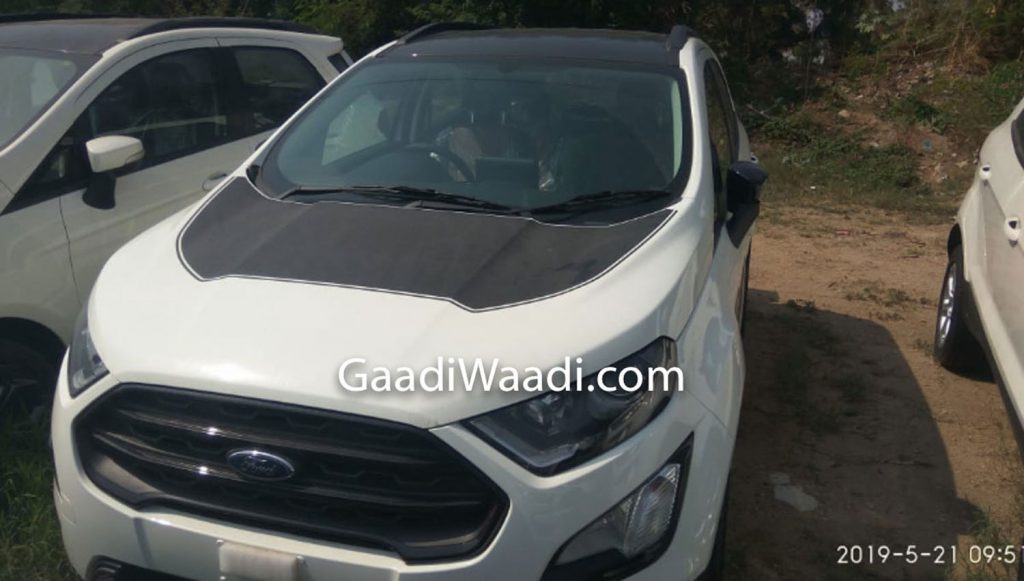 The Ford EcoSport isn’t selling well in most markets around the world. Buyers tend to prefer vehicles from other makers that are often larger and cheaper than the EcoSport. Before Ford announced that it was pulling out of the Russian market altogether, it paused production of the EcoSport as buyers preferred other brands, like Lada.

Ford moved 12,879 EcoSport units in Q1 2019. The automaker has offered special edition EcoSport SUVs in the past to lure buyers, including the Raptor-like version called the Storm that debuted in Brazil in 2018. Ford appears to be set to launch a new special edition of the EcoSport in India called the Thunder Edition. It appears that the EcoSport Thunder Edition is just a sticker package with a matte black hood decal on the front hood. The Thunder Edition also gets low profile Ecopia tires and 17-inch alloy wheels in glossy black. To complete the black look, the roof rails, mirrors, and B-pillar are all black.

Thunder buyers will also get black body cladding around the lower sides of the vehicle and doors that meet into the bumpers of the EcoSport. The photographer states that black treatments on the headlamps, grille mesh, and other places fit with the darker looks. The rear spare tire cover is black as well.