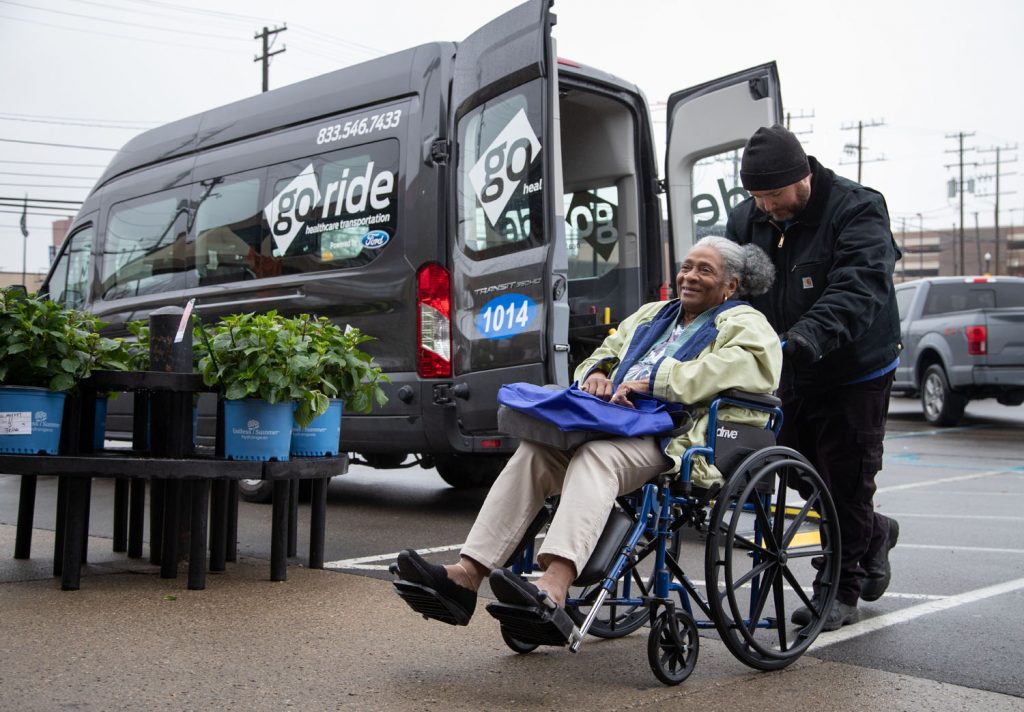 Earlier this month, we talked about the Ford GoRide non-emergency medical transportation company that launched in Toledo, Ohio, recently. At the time, the company announced that it would be expanding later this year with launches in other states including North Carolina, Louisiana, Texas, and California. GoRide CEO Minyang Jiang is now talking about the future for the company and shedding some light on what GoRide is all about.

GoRide will be competing directly against more established players in the transportation industry like Lyft and Uber. Both Lyft and Uber have challenges in the market as they have to learn to navigate HIPAA – something that GoRide has already been training its drivers on. HIPAA is a series of rules that aim, in part, at protecting health data integrity, confidentiality, and availability. The market that GoRide and others operate in is called non-emergency medical transportation or NEMT, and that market is expected to grow over the coming years. GoRide is currently part of the Ford mobility services division and is not yet profitable or stand-alone. The Ford mobility services division posted a net loss of $288 million in Q1 2019, according to reports.

GoRide may not be profitable yet, but it has grown steadily since it launched. The division began with five vehicles that served skilled nursing facilities in Dearborn, Michigan. Within a year, the service expanded to serve hospitals in the Detroit metropolitan area along with expanding to over 40 skilled nursing facilities and making relationships with two payers. CEO Jiang says that GoRide has focused primarily on transportation for people in wheelchairs. The CEO notes that GoRide can use Ford’s health plan counsel to understand all the HIPAA compliance standards; Ford has that counsel because it operates its own health plan. Access to that sort of expertise is seen as a significant benefit for GoRide compared to its competition who are having to try and figure out all the rules. All of the GoRide drivers have to be Medicaid and Medicare certified and are in all of the state accreditation databases. The drivers also go through multiple courses of training past certification.

All the GoRide drivers are hired through a partner and are employed through that partner with Jiang noting that they are paid a living wage, get 401k benefits, paid time off, health care benefits, and overtime. Jiang notes that GoRide has support from the top at Ford, and while it’s not profitable now, the segment has massive potential with the population the service targets doubling in the next 20 to 30 years.