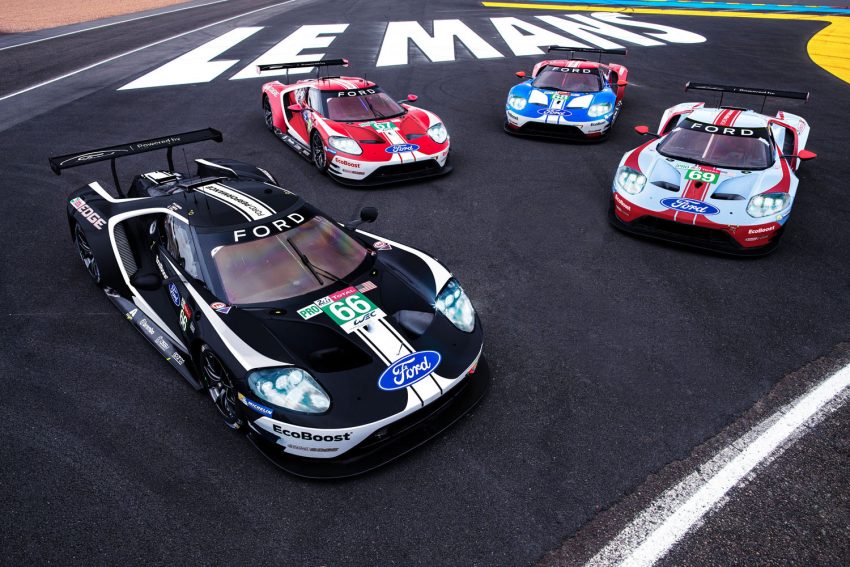 At this point, we all know that Ford is ending its Factory racing program for the Ford GT. That means that the 2019 Running of the Le Mans 24 Hours is the final time the current factory Ford GT program will compete there. To celebrate the end of the racing era, Ford has a quartet of very cool liveries for the Ford Chip Ganassi Racing team to wheel around the track. The liveries will celebrate the past successes that Ford has had at Le Mans.

The four Ganassi racing Ford GTs will be joined by a fifth car racing in GTE Am class with Keating Motorsports. It’s sad to see Ford vacate the factory racing program after it was absent for so many years, it returned to Le Mans in 2016 with the new Ford GT racing car. The factory Ford cars are due to arrive at the La Sarthe Circuit at Le Mans later today. When they leave the car carriers to hit the track, they will each wear a livery that has special meaning at Ford. The cars will take to the track on Saturday, June 2, for the first time in their special colors.

The #66 Ford GT that will be raced by Stefan Mücke (GER), Olivier Pla (FRA) and Billy Johnson (USA) is clad in black livery meant to remind of the Ford GT that Bruce McLaren and Chris Amon won in at Le Mans in 1966.

The #67 Ford GT raced by Andy Priaulx (GB), Harry Tincknell (GB) and Jonathan Bomarito (USA) wears a red and white livery meant to echo the GT40 that Dan Gurney and A.J. Foyt drove to victory at Le Mans in 1967.

The #68 car wears a much more recent livery that honors the 2016 Ford GT that won Le Mans that year. The car is driven by Dirk Müller (GER), Joey Hand (USA) and Sébastien Bourdais (FRA).

The #85 Ford GT that will race in GTE Am class will wear a livery with the colors of the team’s title sponsor – Wynns. 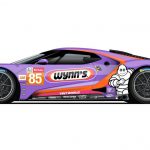 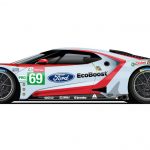 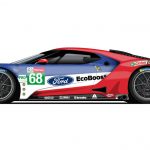 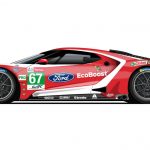 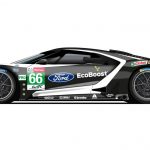 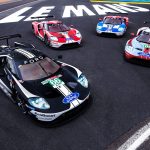