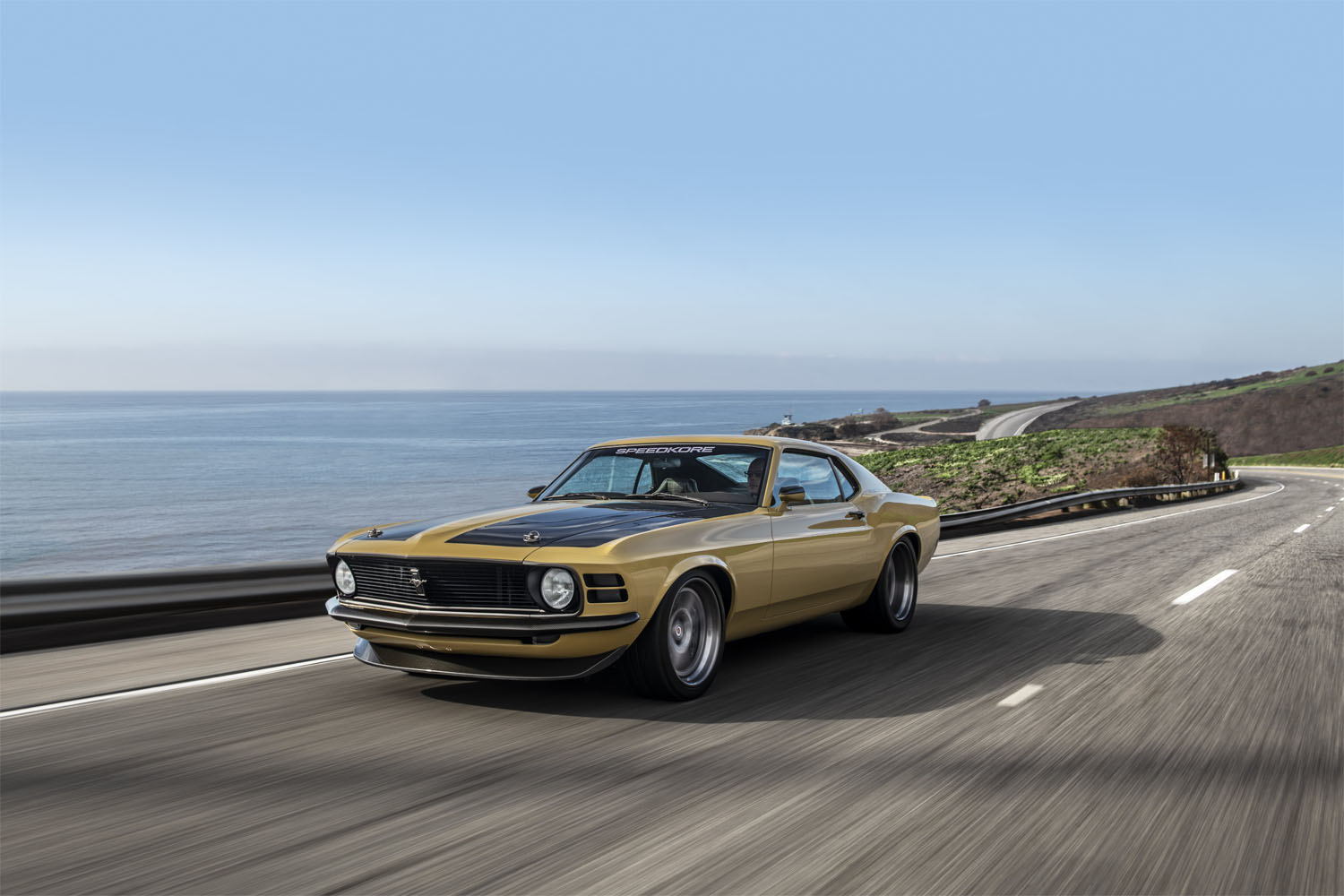 Actor Robert Downey Jr. has had a very good few years with his turn in the Iron Man and Avengers movies. His success in Hollywood means he undoubtedly has some cool toys. We aren’t sure any of them can be cooler than his custom 1970 Boss 302 modified by SpeedKore Performance Group. The 1970 Boss 302 was first seen at the 2017 SEMA show in Las Vegas.

The exterior of the car is fitted with a new body kit that includes a new hood, front fenders, front and rear bumpers, a front splitter, new rocker panels, and a new spoiler long with quarter extensions. Inside the interior is all custom, but still looks very much like a vintage Mustang. The interior was made by Gabe’s Custom Interiors. For those warm days of cruising the car has a Vintage Air-SureFit Air-Conditioning system. Under the hood of the car lives a 5.0 Liter Ford Aluminator V8 engine with a Stage-2 Ford Performance/Roush Supercharger. The V8 sends power to the wheels via a T56 manual transmission. When the car was on display at SEMA, it won the Ford Design Awards for Best Heritage Vehicle. In 2018, it won the Sport Touring Class at the 2019 Grand National Roadster Show. The super shiny carbon fiber bits look almost fake in the images, but the parts are real carbon fiber. To give Iron Man some tunes when cruising, the 1970 Boss 302 has a modern audio system with Bluetooth and iPod connectivity. If your tastes lean more towards stock 1970 Boss muscle cars, check out this rare 1970 Boss 429 that went up for auction several years ago.