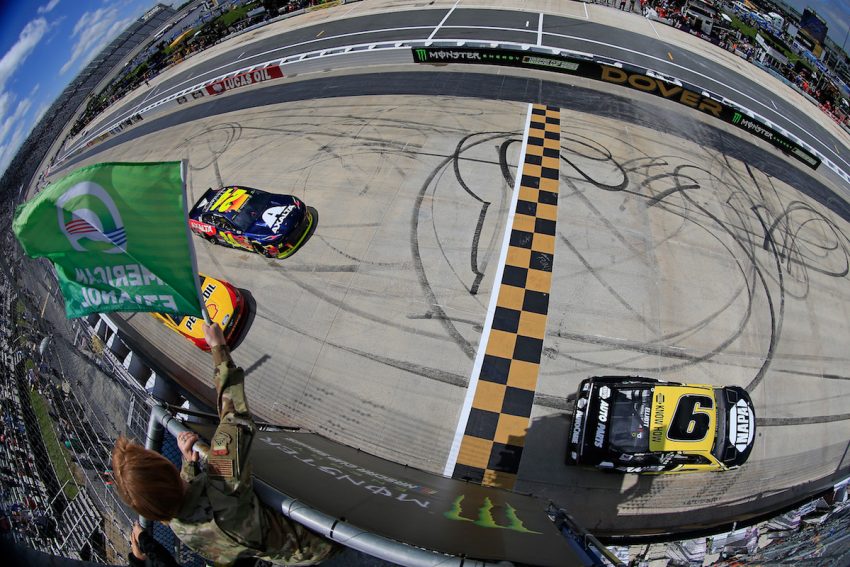 The result was a mirror image of Truex’s first-ever Cup Series win at the Monster Mile back in 2007, which also happened to be a rain-delayed Monday race.

Stewart-Haas Racing’s Kevin Harvick was the top-finishing Ford driving, coming home fourth after fighting up front for the majority of the day.

Team Penske’s Joey Logano also took a stage win in his No. 22 Ford Mustang and came home seventh, continuing he and the No. 22 squads string of strong runs. Truex took the lead in his No. 19 Toyota Camry following a series of green-flag pit stops with about 50 laps left and quickly extended his gap over the No. 88 Chevrolet of Alex Bowman by about four seconds. He then gapped the young Chevy driver even further in the remaining laps, crossing the finish line ten seconds clear.

“We have one hell of a team,” Truex said post-race. “We came here with a new setup this time because we kind of had an older setup that we won within 2016, and we’d been good, but not good enough.”

“Thanks to all these fans that came out today, on a Monday. It’s just awesome.”

Logano won the first stage of the race following one lap shootout for a restart on Lap 119. The No. 22 was then shuffled back through the field after being forced to take tires, however, it would take Logano most of the next stage to even break into the top 15, with the Shell-sponsored Mustang struggling in dirty air. Truex won Stage 2 after battling with Bowman, Elliott, and Harvick. The 2019 NASCAR Cup Series continues with the Digital Ally 400 from Kansas on Saturday, May 11th. Click here for full results from Dover.