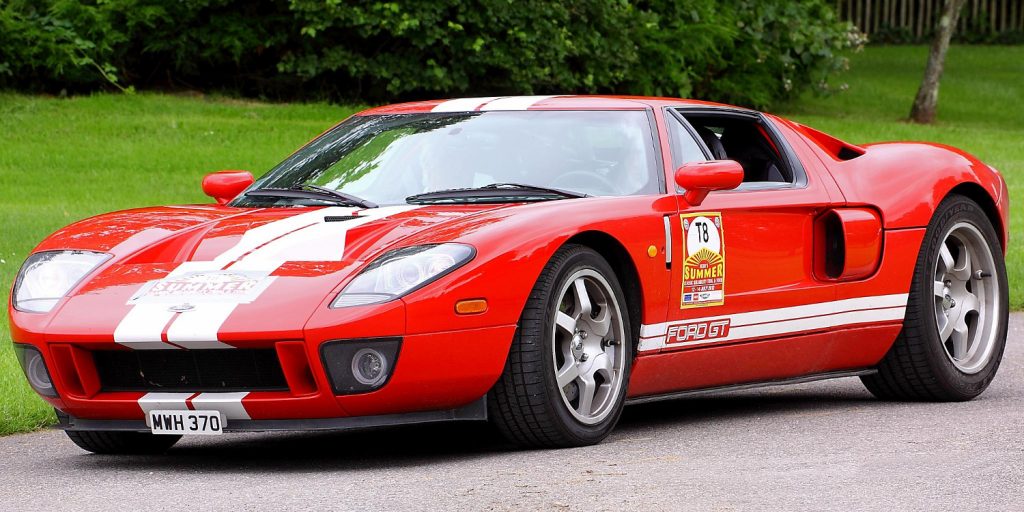 The first generation of the Ford GT hypercar was an incredible beast and one of the things that fans of the car like was that it had a manual transmission. Former F1 champ Niki Lauda felt differently about the 2005 Ford GT according to a story told by Camilo Pardo, the chief designer of the car. Pardo was interviewed by Jay Leno for Jay Leno’s Garage.

During the interview, Pardo gave up some very interesting tidbits about the development of the car. One of them was the story about Lauda, who at the time that the Ford GT was in development was the team boss of the Jaguar F1 team. Ford owned Jaguar, and that landed Lauda an invite to meet with the people behind the Ford GT and see the car before it reached production. Pardo also noted that Lauda wasn’t a fan of the “floating” air intake going so far as to say it looked like “Sh*it.” Something interesting that Ford did consider for the 2005 Ford GT was a 6.8-liter V10. The problem with that was the only V10 Ford had in production was a truck motor, and it didn’t have enough time to develop a V10 for the 2005 Ford GT.