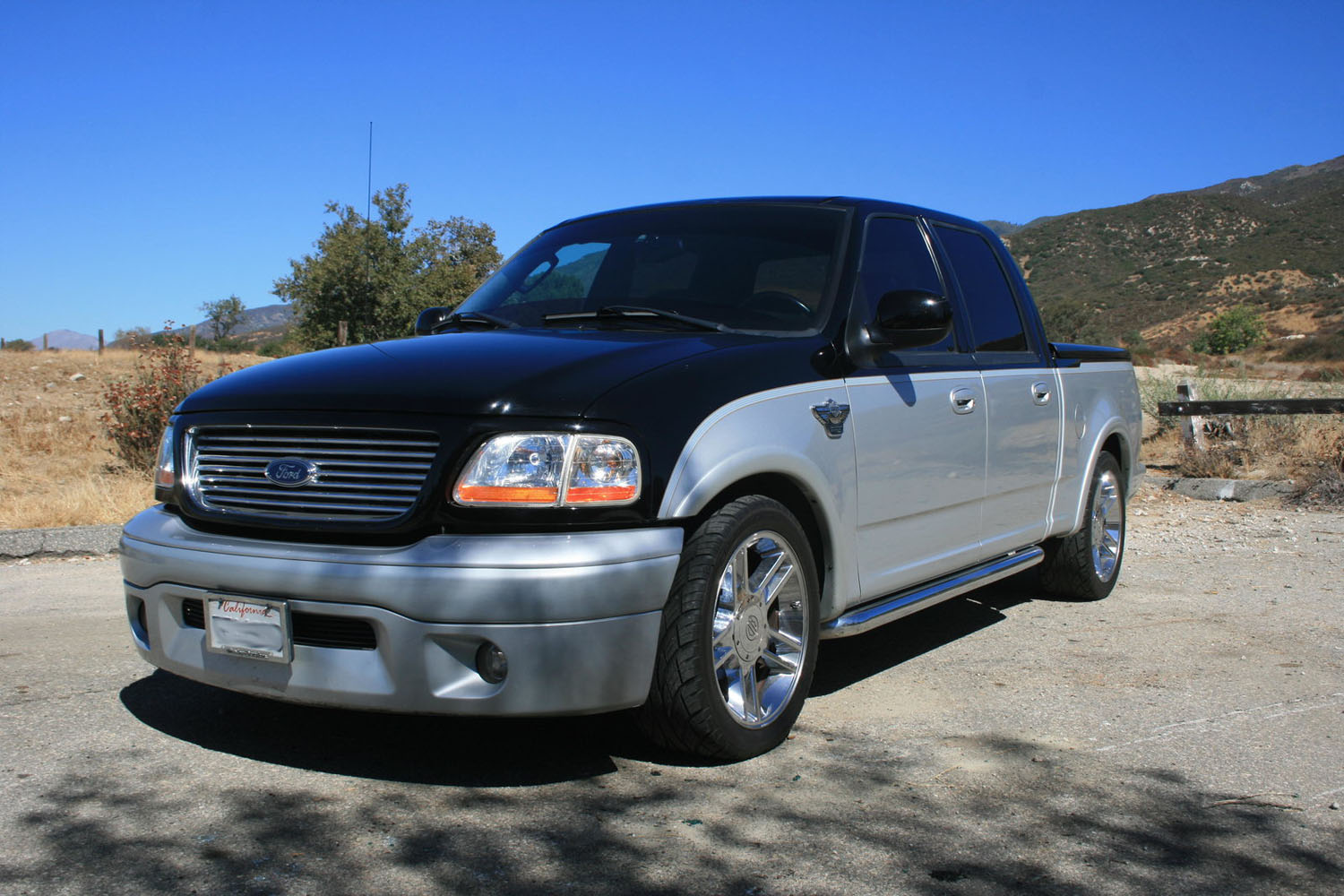 That engine was a supercharged 5.4-liter SOHC Triton V8 that made 340 horsepower at 4,500 rpm and 425 foot-pounds of torque at 3,250 rpm. The blown V8 put its power to the road via a standard F-Series four-speed automatic transmission of the era. The rear end has a 3.73:1 axle ratio and a limited-slip differential underneath. Ford also touted the truck’s standard anti-lock brakes. The Ford Harley-Davidson F-150 SuperCrew rolled on unique 20×9-inch five-spoke, chrome aluminum wheels and had plenty of the familiar Harley-Davidson logos on the outside. The interior of the truck is interesting with two-tone leather covering quad captains chairs with the Harley-Davidson logo on them. Options at the time included a power sliding rear window, engine block heater, heated front seats, a bed extender, and a moonroof. The starting price when new was $37,295 – a big chunk of change in its day.

If this was your dream truck over a decade and a half ago, here is a chance to own one of these limited edition rides. A seller put one up on the SVT Performance forums last October and still has the truck for sale. The Ford Harley-Davidson F-150 SuperCrew has 55,000 original miles and is described as 99 percent stock. The only mods are rear lowering shackles to level the ride height and a different radio inside. The seller has the original shackles but has lost the original radio. The engine is all stock with the only change under the hood claimed to be a K&N air filter in the stock airbox. The current owner has had the truck since 15,000 miles and claims all maintenance was performed. The outside and inside of the truck looks very clean and ready for miles on the highway. The asking price is $18,900. Ford no longer makes an official Harley-Davidson F-150, but you can get an unofficial HD truck from Tuscany Motor Company.