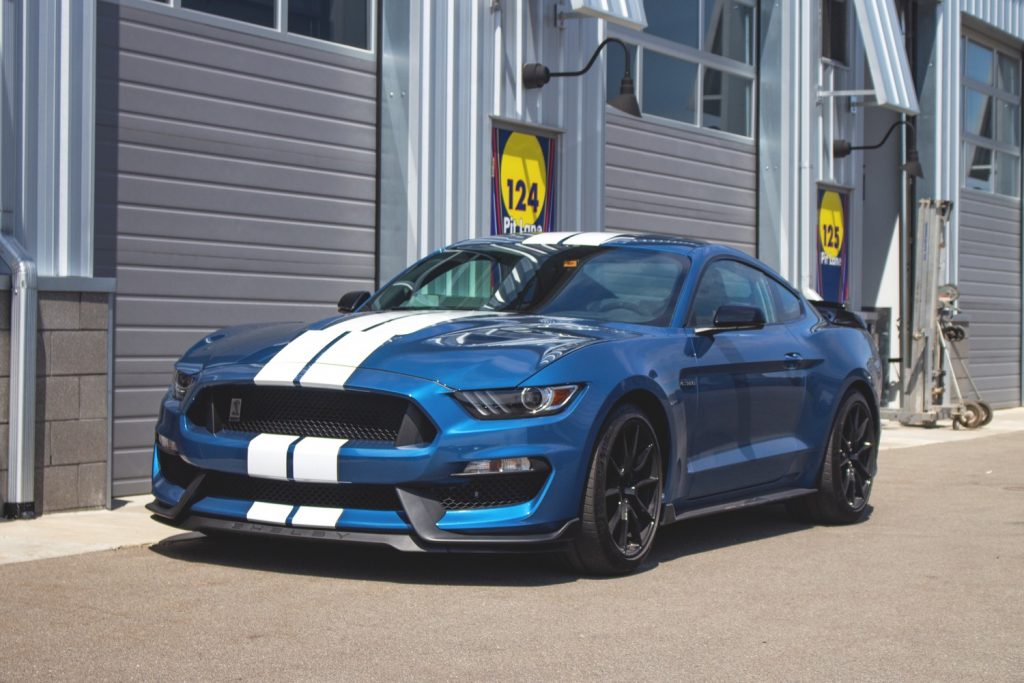 While we were at the launch event of the 2019 Shelby GT350, we couldn’t help but notice how both the GT350, and the upcoming Shelby GT500 still have the front of the pre-facelift Mustang. Why aren’t Ford’s range-topping ponies wearing the new Mustang face, which was introduced for the 2018 model year? Here was Ford’s official answer:

“The Shelby GT350 is the purist’s performance model. The team focused their time addressing what customers wanted most, including improved grip and suspension upgrades.” Now, this is half true. Yes, the changes made to the 2019 GT350 do, in fact, help at making it a quicker machine at the track, and we are thankful for them, but changing a car’s front end has implications far greater than putting together the “purist’s performance model.”

Here’s what’s really going on: the Mustang Shelby models are fitted with what Ford calls a Carbon Composite front subframe. It serves to both reduce weight and stiffen the car’s chassis under heavy load. And in that regard, changing the design of the front end would require Ford to entirely re-engineer this bit of technology for the new shape. Considering the development costs of carbon fiber components, it would be hard to justify a facelift for the low-volume Shelby models, especially when – one would argue – it doesn’t need one. After all, we haven’t heard anyone complain about the looks of the Shelby GT350 and GT500. Furthermore, changing a car’s bumper, headlights and hood has implications on the car’s cooling and aerodynamics. The Mustang Shelby cars, especially the GT500 with its massive supercharger, have different cooling requirements compared to the Mustang EcoBoost or the Mustang GT. Re-engineering the aero in CAD, then bringing the car back to the wind tunnel, and continuing to do so several times until the perfect aero and cooling characteristics have been achieved, implies spending large sums of money in development for something that, again, doesn’t really need it. 2020 Ford Mustang Shelby GT500 wears a unique lower fascia, but the upper fascia does not feature the facelifted look

So, until we see an all-new, next-generation Mustang appear, which won’t be for a while still, expect both the Shelby GT350 and GT500 high-performance ponies to retain their current fascias. That should be great news for people who aren’t quite warming up to the new Mustang face.