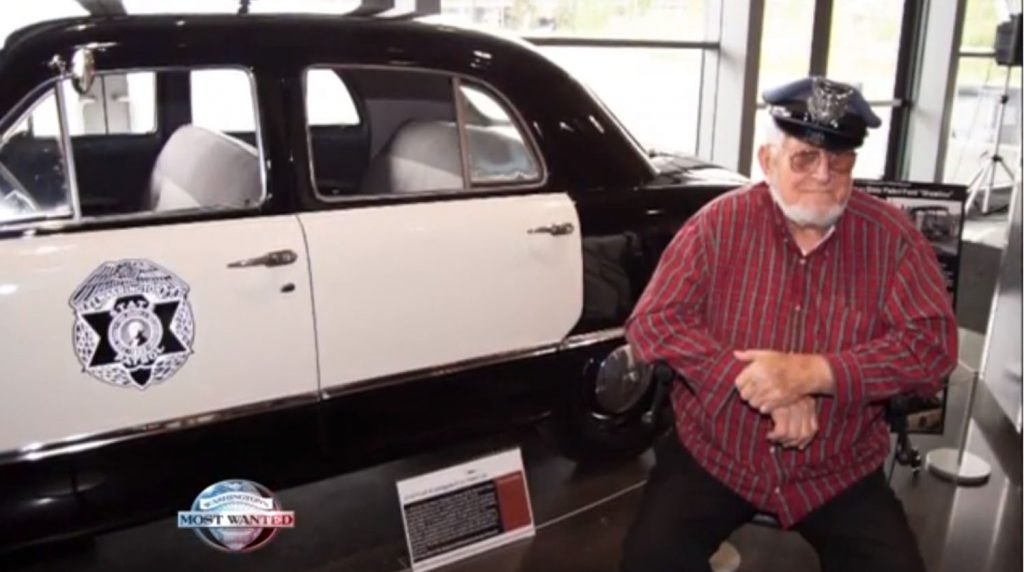 A six-year restoration is complete on a 1949 Ford Shoebox sedan that was discovered for sale years ago. The car was an original Washington State Patrol Car. It was restored to like new condition and is now on display in the lobby of the LeMay – America’s Car Museum in Tacoma, Washington. To celebrate the car a 93-year-old retired state trooper called Fred Schenk who patrolled in an identical car during his time with the state patrol was on hand.

The first few years of service for Fred Schenk was spent driving a 1947 panel van, but he was issued a 1949 Ford Shoebox sedan that came from the factory with a flathead V8, heavy-duty brakes, a spotlight, and steel reinforcement plate on the roof. The retired trooper patrolled Snoqualmie Pass in his 1949 Ford Shoebox sedan.

Schenk was part of the restoration on the car that was in very rough condition when it was purchased. The vehicle was in pieces when it arrived, and a team of volunteers and experts helped bring the car back to life. Much of the work was done at B&B Auto Restoration. Some parts were missing and had to be replaced with parts sourced from junkyards.

One particular hard to fix piece was the rusted-out floor, which was replaced with a floor pan found in a wrecking yard. The car was the most extensive restoration to date for the museum. The frame had to be straightened, holes patched, the car had to be welded up, and as it turns out, the car might have been the exact vehicle that Schenk patrolled in. Another very cool late ’40s restoration was an ICON Derelict 1949 Mercury Coupe that had an electric power-train installed.