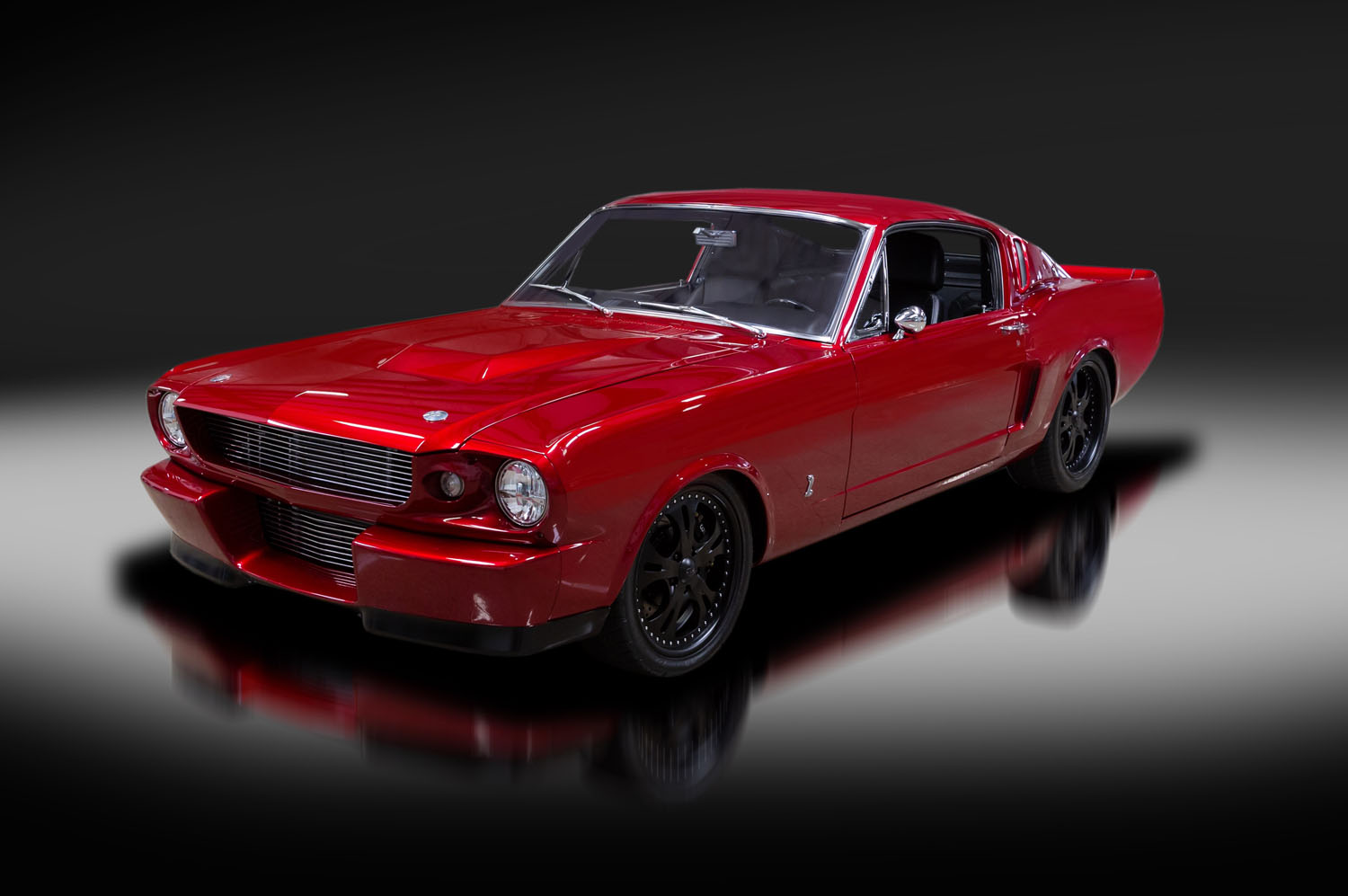 If a car is heading across the auction block at Barrett-Jackson, you know that it has to be very nice. One of the most unique and famous 1965 Ford Mustang fastbacks around is heading to the Barrett-Jacks Northeast 2019 auction and is lot number 704. The 1965 Mustang fastback is called Toxic and is a complete restoration that was completed in 2017 by Buckeye Classic Car Restoration.

Since the restoration was completed, the car has driven only 60 miles. With such a unique and meticulous restoration, the car has won numerous awards since it was built including Armstrong Street Scene – Grand Champion Car, Auto Rama Summit Racing I-X Piston Powered – First Place in Class, MCACN Platinum Pick Judges Choice – Ford Modified and MCACN Blue Ribbon Award – Best Resto-Mod, scoring 993 out of 1,000 points. Every one of the awards the car has won is included with the sale. The car is very straight, and the Maier Racing fiberglass parts that are on the car were molded for superior fit. The color isn’t something out of Ford’s 1965 Mustang fastback pallet and is called Ruby Red Pearl. Lots of custom touches are on the car with Grote headlights, LED taillights, dual Cobra mirrors, Cobra emblems, and lots of billet and brushed aluminum tidbits.

The wheels are custom Boze forged 18-inch Toxic units. The interior is black leather and has the original feel while being all new. The doors have lots of billet parts, and a 14-inch Formula steering wheel makes the dash look good. The car has 2-point Crow enterprises seatbelts, black billet shifter, and a Retrosound head unit with lots of custom speakers throughout. Power for the 1965 Mustang fastback is from a Blueprint 306 cubic inch V8 making 400 horsepower with aluminum heads and dual 500 cfm carburetors. Power goes to the rear wheels via a T5 5-speed transmission and the rear from a 1993 Ford Mustang. There is no indication of what this 1965 Mustang fastback might go for. A 1965 Ford Mustang race car went to auction recently. 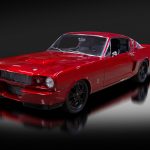 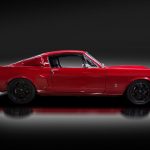 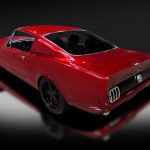 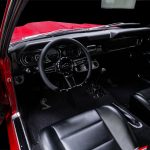 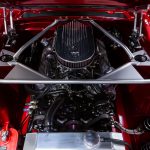 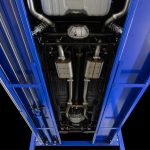 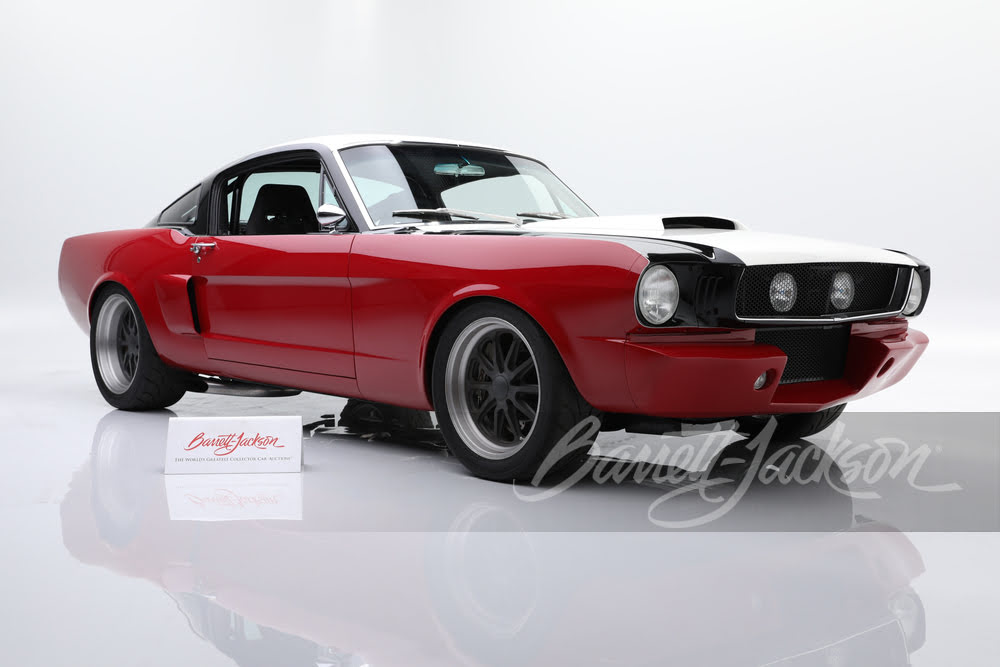 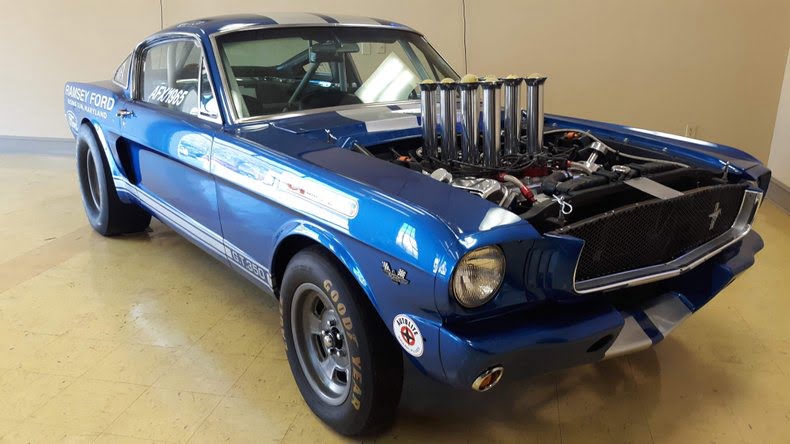