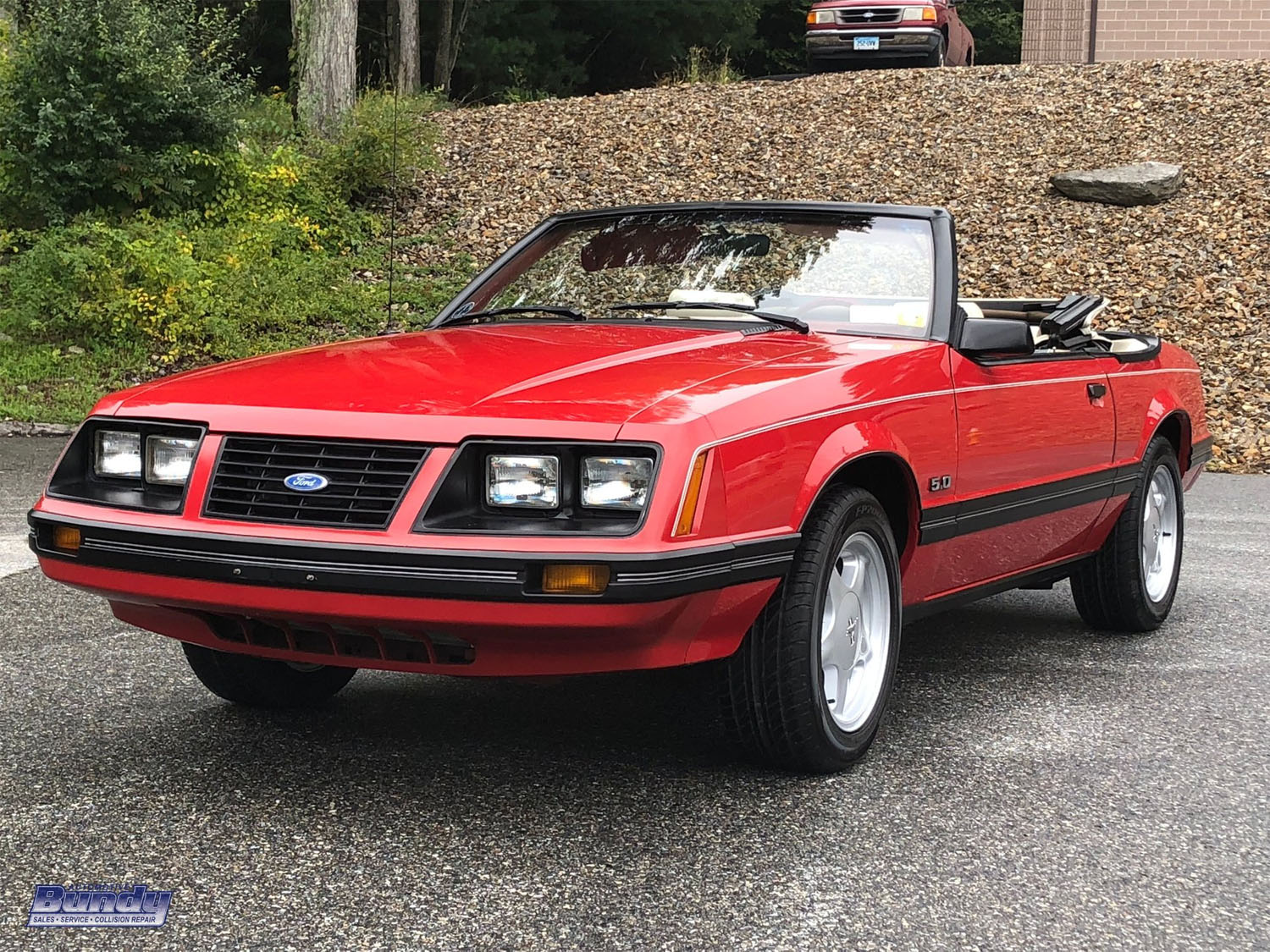 The early Fox body Mustangs were better than the cars they replaced, but they certainly lacked the performance that was offered in the Fox body cars in the late ’80s and early ’90s. This particular car is a low mile survivor that is all original from 1983. This 1983 Ford Mustang GLX 5.0 convertible has a 4-speed manual transmission and the important 5.0-liter high output V8 under the hood.

The clean 1983 Ford Mustang GLX 5.0 is a four-eyed Fox that some fans love. The exterior is done in bright red, and the interior is maroon and white. There appear to be no tears or holes in the seats, a rarity for a car of its age and from an era where everyone seemed to smoke. One reason the car is in such good condition inside and out is that it has only 25,000 original miles according to the seller. The car still has the owner’s manual, original keys, and warranty booklet. A recent oil change has been completed, and the woodgrain dash is home to the premium stereo system offered in 1983. The white convertible top is power actuated and in good condition.

The 5-spoke pony wheels on the 1983 Ford Mustang GLX 5.0 convertible appear to be from a later model Fox body Mustang. The seller says that new tires were added and the orignals are included with the sale, we wonder if it has the original wheels too. We’ve only seen Mustangs of this vintage with split 3-spoke wheels or hubcaps, feel free to correct us if we are wrong in the comments. Everything on the car is said to work, and the car runs and drives. The seller is asking $13,900 for the classic Mustang. We saw a similar drop top GLX with a V6 selling for $4,500 last week. 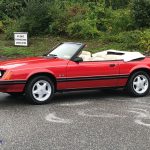 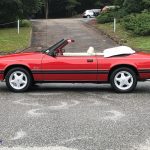 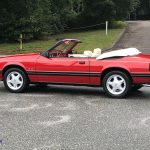 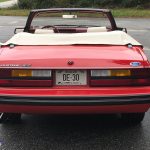 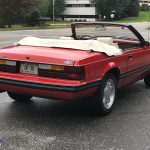 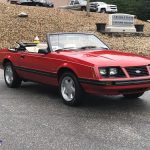 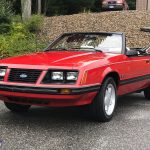 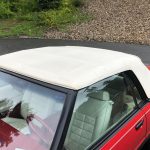 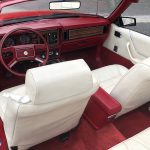 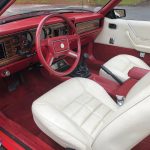 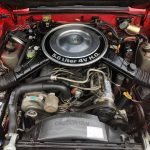 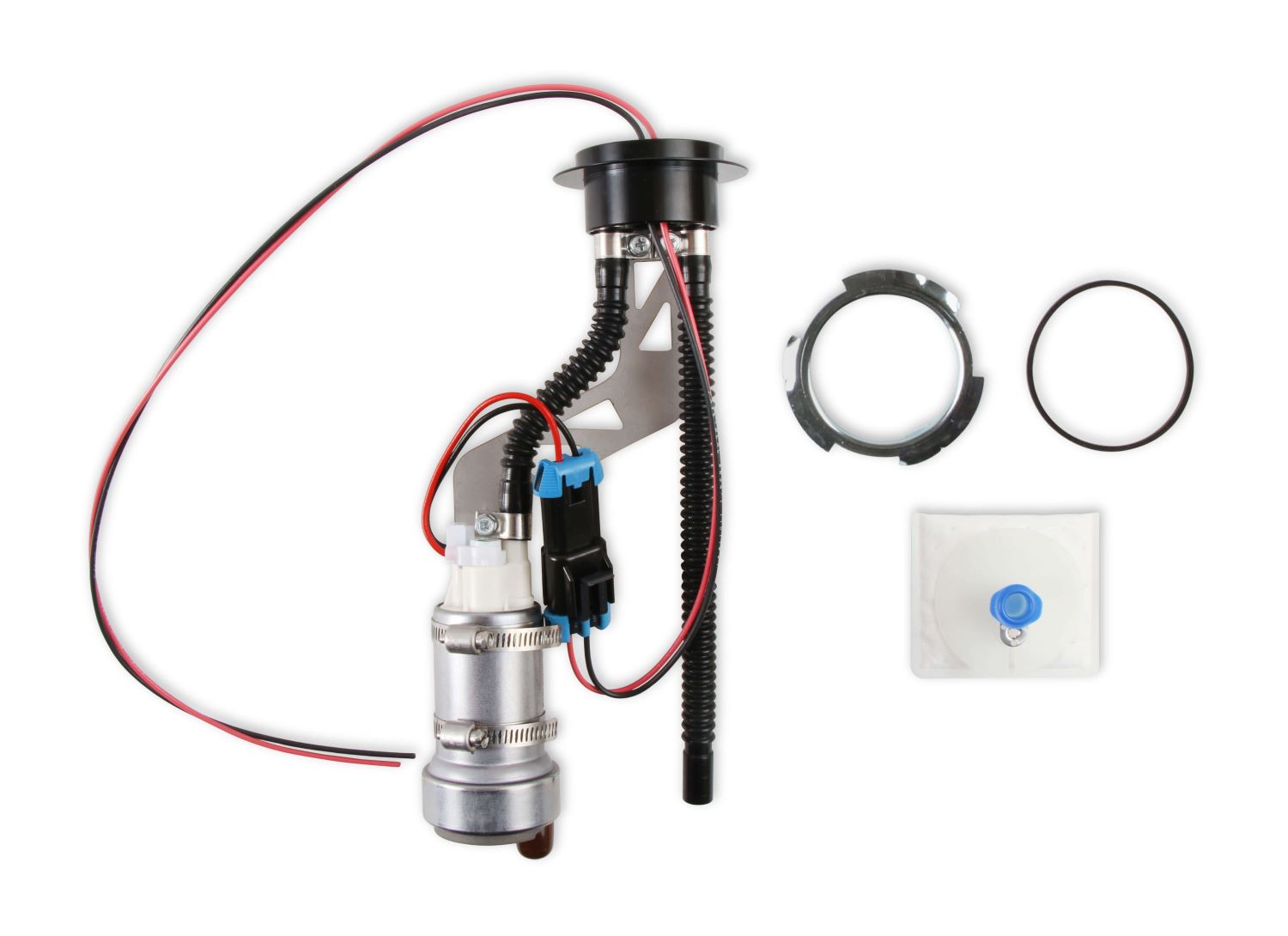