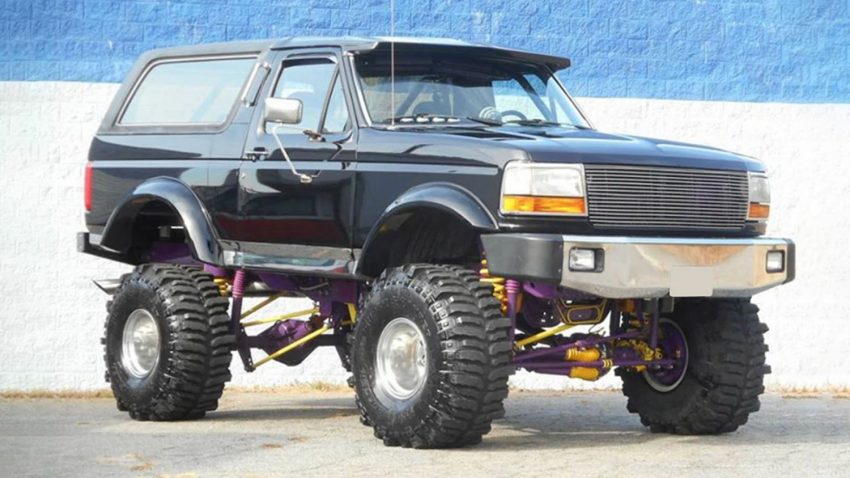 The early 1990s were close enough of the ’80s that you routinely saw some design choices in the custom auto realm that are questionable today. Take this 1993 Ford Bronco custom that was built to be a show truck and rarely used. A 1993 Ford Bronco with a big lift and tires with low miles would get a lot of people excited.

We suspect that all the splatter paint on the inside of the truck and suspension components done up in yellow and purple will turn off lots of buyers. The purple and yellow scheme carried over to the relatively clean underhood area. We love us some Bronco around here, but this one leaves us wishing it was done up in all black without the splatter paint on the dash and roll bar inside the truck. What we know about this 1993 Ford Bronco isn’t much; the Barrett-Jackson listing for the auction is short. We know that it has a 5.8-liter V8 engine backed up with a 5-speed column shift automatic. We also know that it is a factory 4×4, and the top is removable for some open-air driving fun. Dana axles are featured along with a custom sound system. The entire 1993 Ford Bronco looks very clean, as it should for a car with under 20,000 miles on it.

This Bronco will head to auction at the Barrett-Jackson Northeast auction that kicks off today and runs through Friday. There is no reserve on this car, so someone will own it. We are looking forward to the 2021 Ford Bronco and a listing on a Canadian website today tipped an EcoBoost four for one version fo the new Bronco. 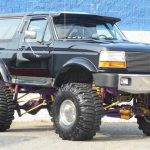 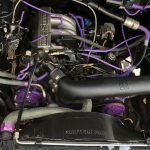 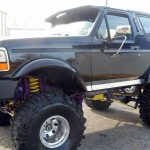 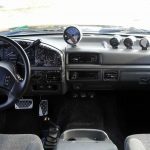