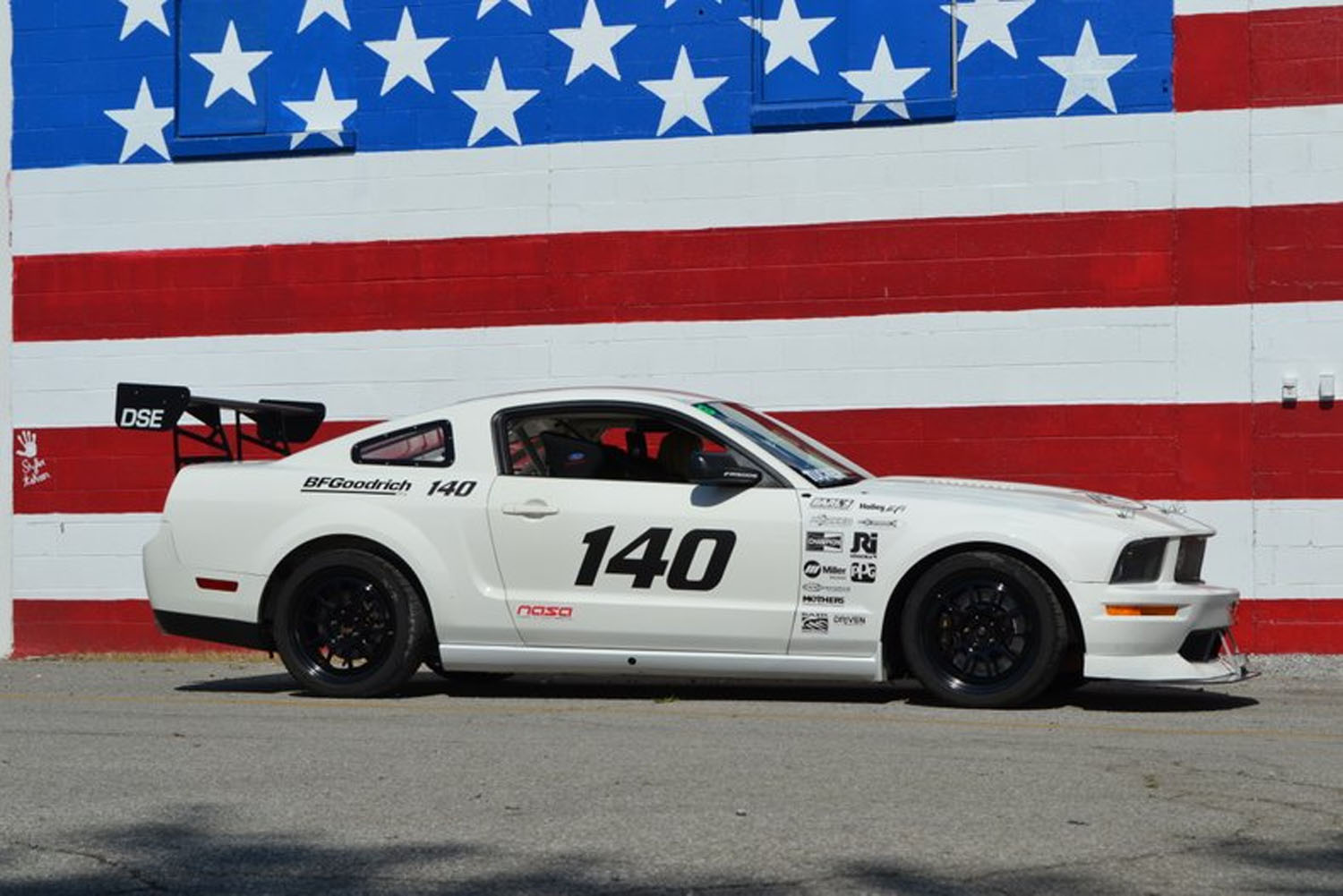 Ford has been making factory racing cars for several years. Among the racers it has made are Ford FR500S road racing cars that customers can buy and be competitive right off the showroom floor. It has also made machines for drag racers like the 50th Anniversary Cobra Jet. The factory-built racing cars are always limited edition.

This 2008 Ford FR500S is one of those factory-built racing machines, and it is one of only 77 made that year. The car has been modified a bit from its factory setup. The significant modification was the replacement of the factory 4.6L Ford Racing sealed motor with a new Ford Performance 5.2L Aluminator engine that makes 580 horsepower and 445 pound-foot of torque. That isn’t a stock Aluminator; it has been massaged by Roush Yates Racing for more power. The engine is mated to a Tremor 6-speed transmission. The car is fitted with an AIM Data logger, JRI coilovers, Formula 43 wheels, Brembo brakes, and comes with a bunch of spares. The spares list includes the original 4.6-liter Ford Racing Sealed Motor, two sets of wheels, new front splitter, trunk lid, exhaust, strut brace, extra plexiglass rear window, Be Cool System, stock airbox, and a lot more. The car was put together to run in the Miller Mustang Challenge Series.

The Ford FR500S seems to be very clean and in excellent overall condition. The seller is asking $39,900 for the car and the complete spares package. This should be one fast racing car, and at that price, it might be interesting for someone to pick up as a track day toy.