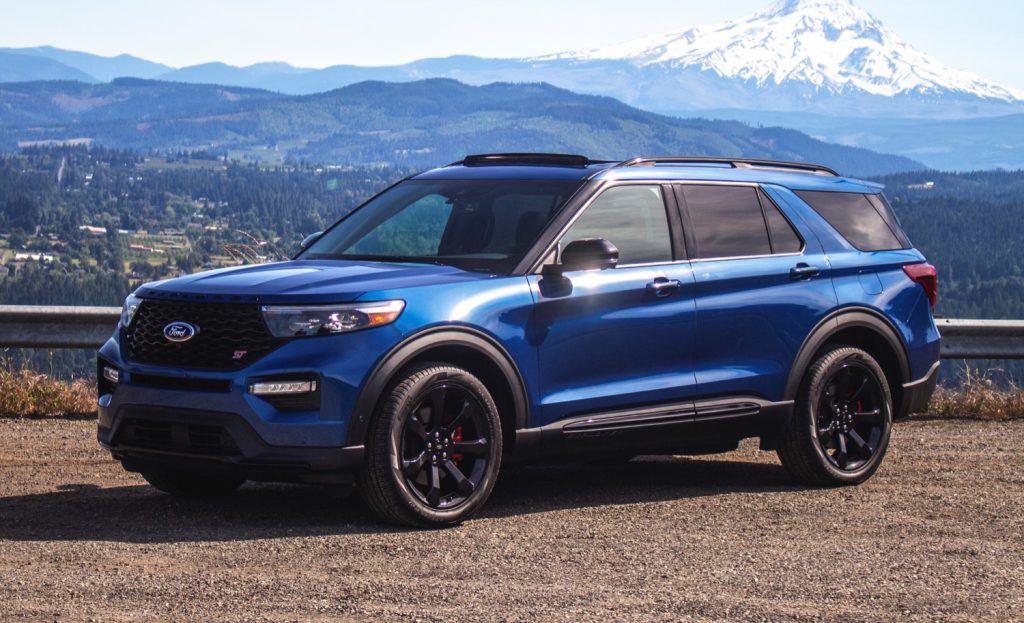 We were just in Portland, Oregon to drive the all-new 2020 Ford Explorer and its more powerful variant, the Explorer ST. The latter is Ford’s first high-performance three-row SUV, powered by a twin-turbo, 3.0L V6 good for 400 horsepower and 415 pound-feet of torque. Ford also claims its new big guy gets improved handling, braking, and overall agility in the turns compared to its predecessor.

We sat down with Ed Krenz, Chief Functional Engineer at Ford Performance. He shared with us what performance components were added to the 2020 Ford Explorer ST to make it feel different from the rest of the Explorer lineup. Krenz told us that the Ford Edge ST served as a testbed for developing the Explorer ST. Not only was the Edge ST Ford’s first attempt at the performance SUV game, but it also allowed engineers to gather feedback from owners, keeping the good, and improving on areas that needed work.

For instance, one of the 2020 Explorer’s key technical features is an all-new rear-wheel-drive architecture, known as the CD6 platform. It played a big role in developing the full-size crossover’s driving dynamics. According to Krenz, the new Explorer was developed from the ground up with a performance variant in mind, contrary to the Edge ST – which was added during the vehicle’s mid-cycle refresh. So, what kind of performance components are we talking about here? For starters, the Ford Explorer ST features entirely different suspension tuning. Shocks are identical to those of a regular Explorer, but the ST models get stiffer springs all around: 10 percent firmer up front and 8 percent at the rear. Krenz and his team then increased the ride frequency of the shock absorbers – 4 percent in the front, 3 percent in the rear. Finally, the roll gradient, which is responsible for controlling a vehicle’s body roll, was stiffened by 10 percent at all corners.

In terms of chassis rigidity, the Explorer ST gets a set of larger sway bars that are a full millimeter larger in diameter – 33 mm versus 32 mm on the standard Explorer. Brakes have also been beefed up, but one would need to opt for the available ST Street Pack ($995) to get them. The package adds vented rotors and larger calipers, front and rear, growing 18 mm up front, and 30 mm out the back. There’s also a High Performance Package ($1,595) that adds performance brake lining. These performance-enhancing components, along with a re-calibration of the ten-speed automatic gearbox, the addition of a 650-watt transmission cooling fan versus the 500-watt unit on Explorer Platinum, and the vehicle’s steering resistance, all contribute to making the new Ford Explorer ST feel much more substantial when behind the wheel than the rest of the 2020 Explorer lineup.

During our drive through Oregon’s winding mountain roads, the vehicle proved to feel well planted, exhibiting far less body roll than the other Explorer variants. We were also pleased by the braking abilities of the large SUV; the brakes allowed us to properly push the model hard to its limits, with very little noticeable brake fade. That rear-wheel-drive architecture also gives the Explorer much more composed handling characteristics that resemble those of a large German sedan rather than a three-row people hauler. 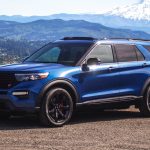 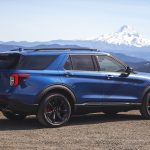 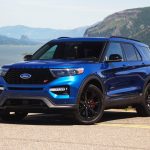 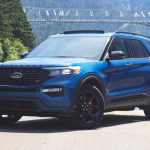 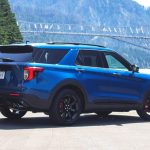 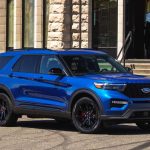 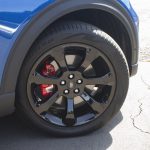 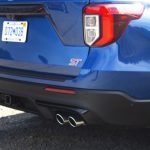 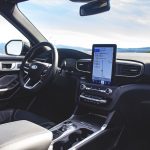 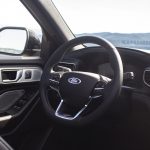 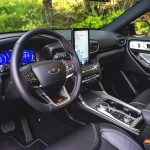 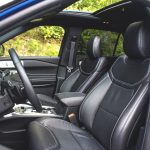 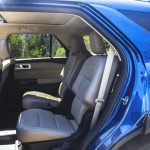 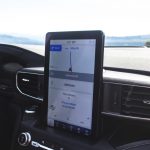 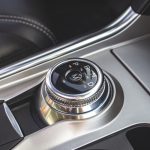 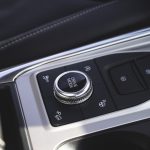 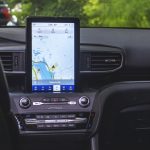 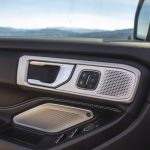 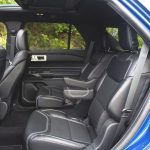 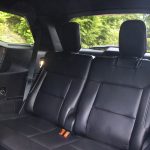 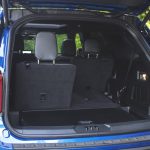 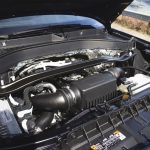