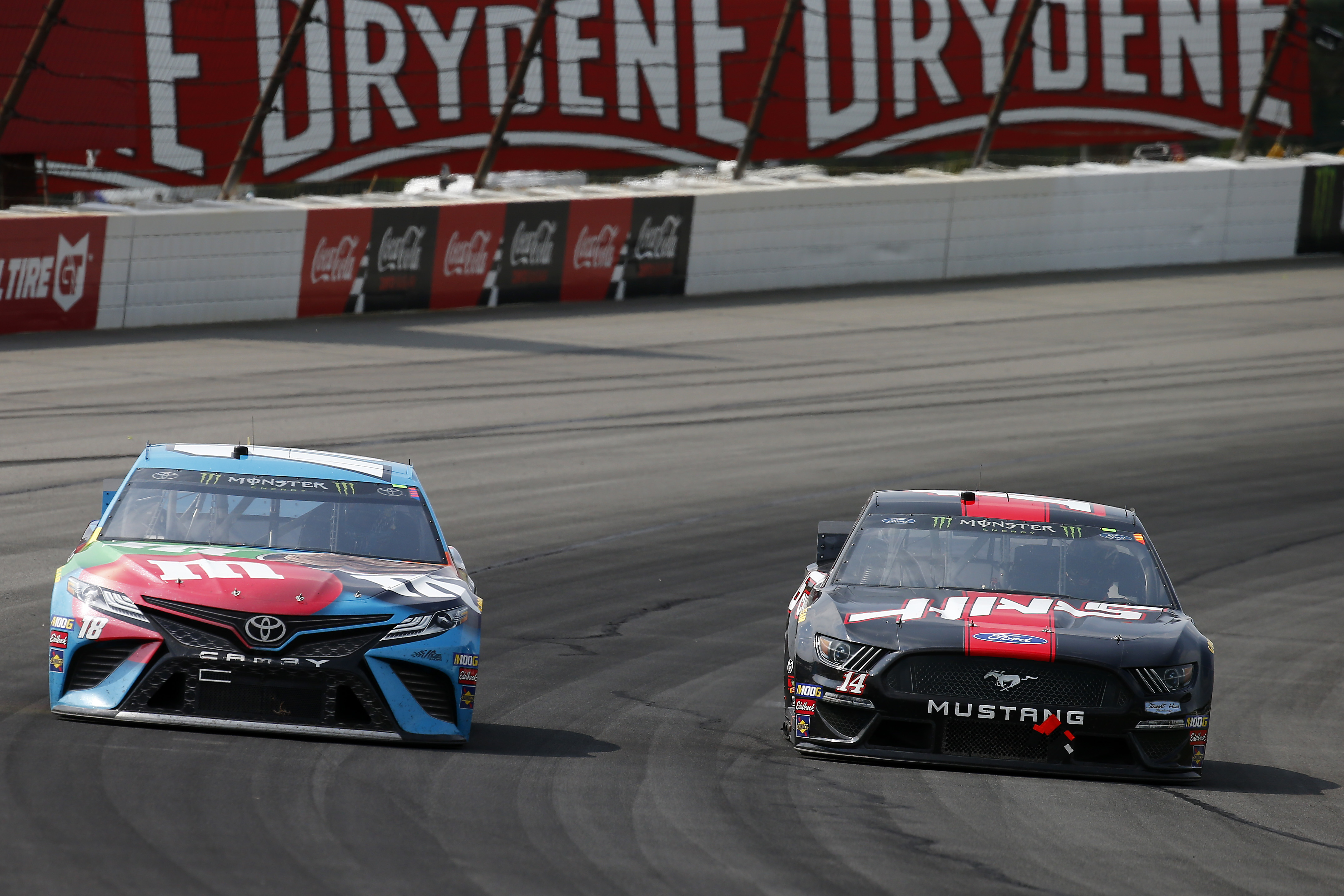 Sunday’s Pocono 400 wasn’t a NASCAR race to be remembered.

Joe Gibbs Racing’s Kyle Busch led a race-high  79 of 160 laps around the 2.5-mile ‘Tricky Triangle’ and chalked up his second straight NASCAR Cup Series victory at the track and the 55th Cup Series win of his career. Busch is now tied with Rusty Wallace for ninth on the all-time win list, with Dale Earnhardt occupying eighth with his 76 wins.

Busch’s Toyota appeared to be the strongest car on track all day, with the No. 18 driver easily leading all day and then pulling away from the field following a late-race restart on Lap 152. Team Penske’s Brad Keselowski kept Busch honest in his No. 2 Ford Mustang, but couldn’t keep pace with the Toyota Camry and was forced to settle for second, crossing the finish line 2.224s behind him. Erik Jones was third for Toyota and JGR, while Chase Elliott recorded his fifth consecutive top-five result, finishing fourth in his No. 9 Hendrick Motorsports Chevrolet Camaro. “I just can’t say enough about everybody at Joe Gibbs Racing,” Busch said post-race. “Everybody that works there works so hard to build these awesome Camrys. We’ve had an amazing roll this year here so far. We’ve been doing well.”

“We feel like we’ve kind of given away a couple of wins that we thought we had a shot for, but overall, it’s been awesome to get back to Victory Lane here,” he added. “Pocono has been a struggle, but it’s a lot better now.” A caution came out early in the race when the No. 3 Richard Childress Racing car of Austin Dillon hit the outside wall at Turn 3. It at first looked like Dillon was turned around by the No. 21 Wood Brothers Mustang of Paul Menard, but replays revealed Dillon spun on his own after he checked up to avoid hitting the slower car of Jimmie Johnson mid-corner.

Click here from full results from the 2019 NASCAR Pocono 400. The series heads to Michigan International Speedway next for the Firekeepers Casino 400.