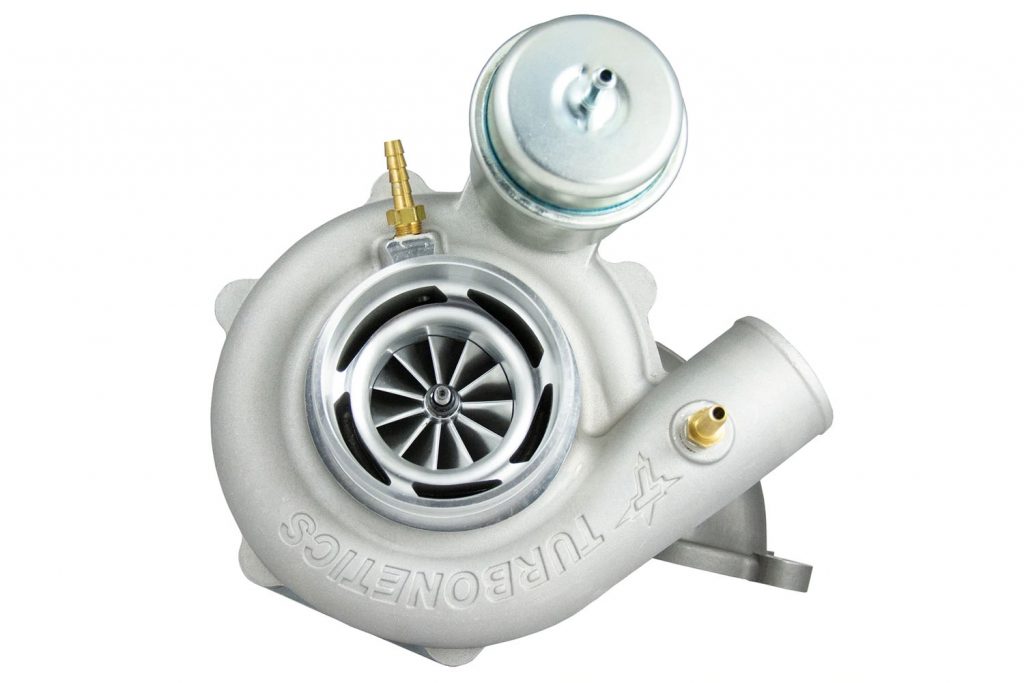 Buying a Ford Mustang and then starting to hop it up with more style and performance is a tradition that has been around as long as the venerable pony car. There are plenty of aftermarket upgrades for performance for both the base EcoBoost Mustang and the Mustang GT with its 5.0L V8 engine. Mustang fans who started with the base 2.3-liter EcoBoost four-cylinder making 310 horsepower and 320 pound-foot of torque and wish they had bought the GT instead can now put an end to that desire.

Turbonetics has a drop-in twin-scroll turbocharger that the company says will replace the stock turbo on an EcoBoost Mustang in about an hour using only hand-tools. The drop-in turbo has a larger 52mm compressor wheel and Inconel turbine side with dual ceramic ball bearings. With the right tune, dyno testing has shown that the new turbo can push up to 520 horsepower. It’s not clear if that is at the wheels or crank, we assume that rating is at the wheels. If you are wondering, Ford saw fit to build the EcoBoost four-cylinder in the Mustang with a forged crank and connecting rods from the factory, the engine will reportedly stay together, but this will likely void a warranty. The stock EcoBoost runs 20 psi of boost to reach its 310 horsepower rating. The most impressive part is that the larger Turbonetics turbo makes that claimed 520 horsepower with the same 20 psi of boost.

With more power will come more heat, so this upgraded turbo might require an upgraded intercooler as well. The Turbonetics turbo that EcoBoost Mustang owners want is PN 11910 and retails for $2,869. When the company says drop-in, they take that seriously. The oil inlet and outlets are in the same place as the stock turbo, and the kit includes everything you need, including gaskets, O-rings, and couplers. This turbo might be the perfect add-on for the 2.3L High Performance Package buyers looking to run with the Shelby GT350. 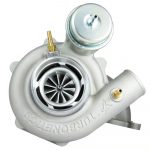 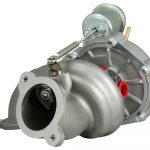