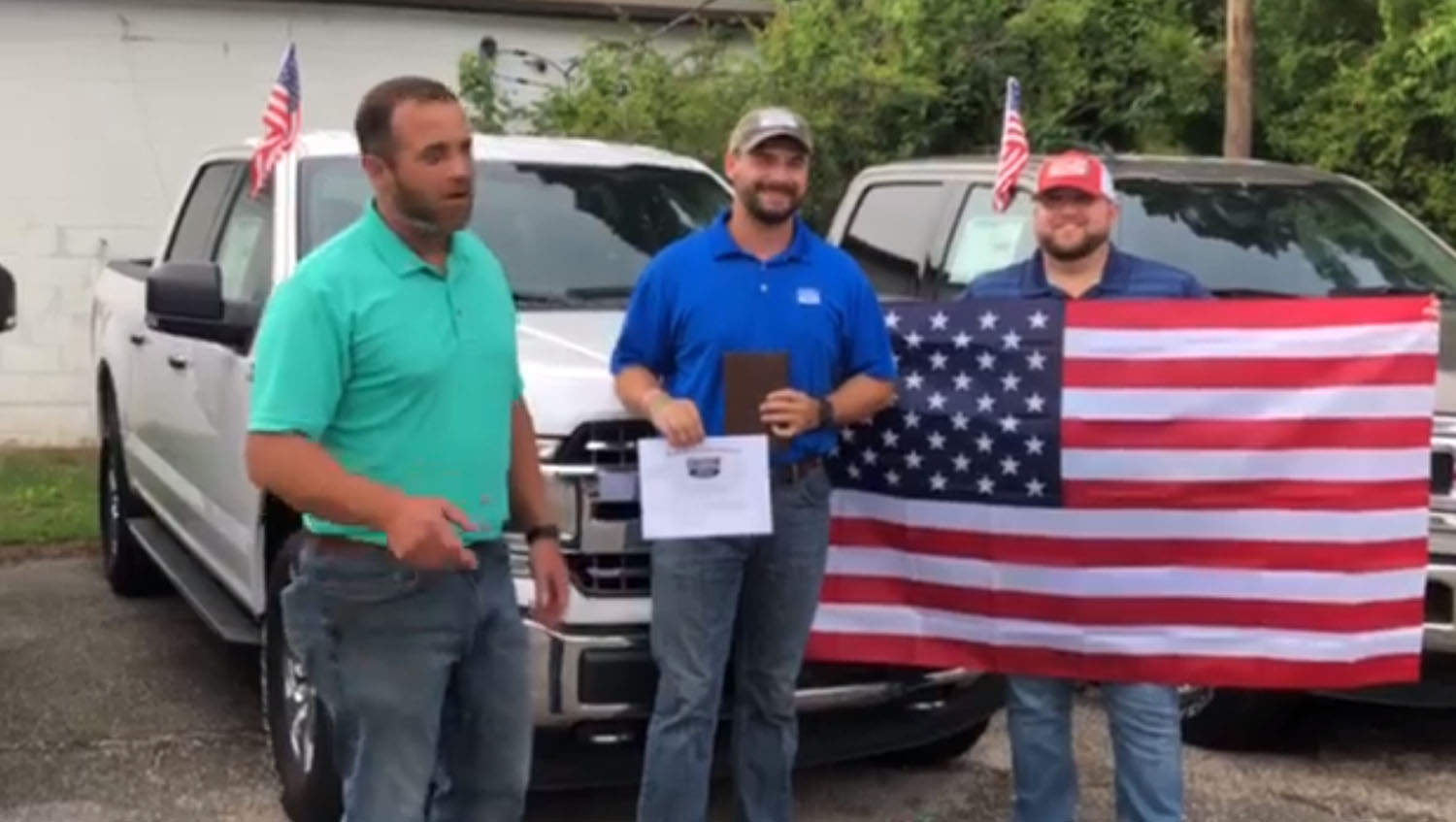 Recently two people were murdered at a Ford Dealership in California before the shooter turned the weapon on himself. In the wake of that shooting Ford Motor Company has stepped in and asked a Ford dealership called Chatom Ford in Alabama to cease and desist on a promotion that it was running for anyone who purchased a new or used car through the end of July. The promotion the Ford dealer was running was called “God, Glory, and Freedom” and offered with the purchase of any new or used vehicle a certificate for $200 towards a shotgun at any gun store, a copy of the Bible, and an American flag.

Late on Wednesday reports indicate that Ford Motor Co reached out to the Ford dealer and told the dealer that in the wake of the California shooting that the promotion was inappropriate. Colin Ward, GM of Chatom Ford in Chatom, Alabama said on Wednesday, “So it’s done. They’ve ended our promotion. I’m very disappointed.” The promotion was reportedly a major success for the small Ford dealership with buyers calling in from across the country to take advantage of the offer. Ward notes that Ford has stated that the dealership can fulfill its commitments to customers that have been made up until now, but the promotion had to cease after that. Ford spokesman T.R. Reid has stated that leaders in the Ford regional office asked Ward to cease and desist the promotion. Reid noted it was a local promotion and not something that Ford had developed.

Ward said prior to Ford stepping in that “All our phone lines are jammed up and it’s an overwhelming response.” The small Ford dealer has only three salespeople, and Ward said they were overwhelmed. Ward noted that it was not a political ad to offend or exclude anyone and that the dealership would give equal value gift certificates to those who didn’t want a shotgun. Ward also noted that one customer had asked for a different kind of flag and that the customer had been offered an Amazon gift card of equal value to the American flag offered in the promotion.

“We were catering to our local community,” Ward said. “With dove (hunting) season around the corner, the Fourth of July is the American flag, so we thought we’d combine both.” The ad that started the controversy wasn’t aired on TV and was only placed on the dealership’s Facebook page. Earlier today, Ford announced a new off-road package for the 2020 Super Duty called Tremor.