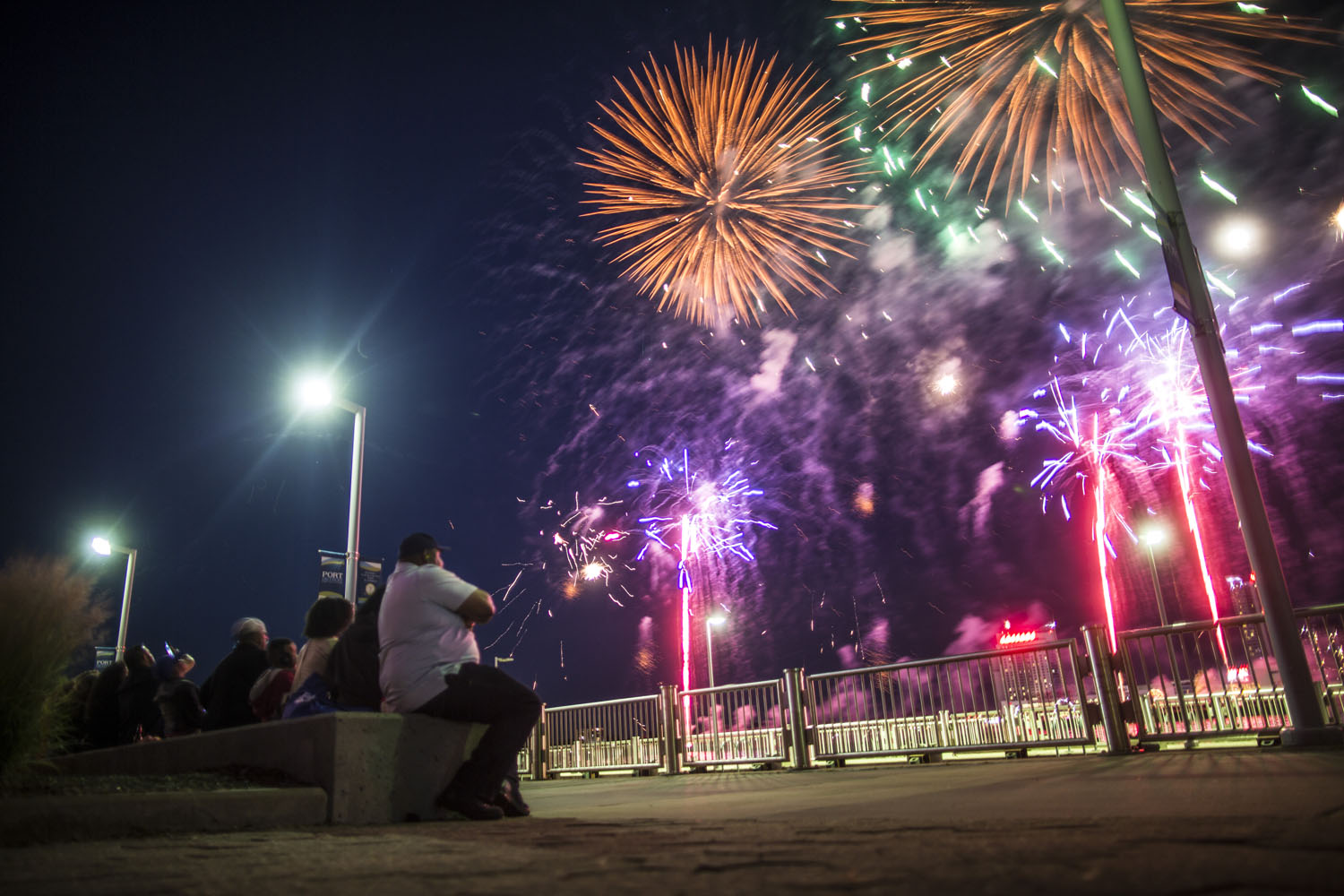 The Fourth of July is almost here, and people all around the country are gearing up for time with friends and family as well as cookouts and fireworks. The annual Ford Fireworks over the Detroit River is set to kick off on June 24th, which is next Monday. The fireworks show will start at precisely 9:55 p.m. in downtown Detroit.

Those in Detroit can go downtown and watch the show, assuming you can find parking. Downtown traffic is expected to be heavy, and the parking garages are expected to be at capacity. Suggestions are for those wanting to see the show to park somewhere north along Woodward and take the QLine to the riverfront. Alternatively, visitors can park east or west of downtown and walk to the riverfront for the show. Celebrating 60 years, the Ford Fireworks will light up the Detroit skyline on June 25 at 9:55 p.m. with spectacular views during this signature summertime event

Festivities kick off well before the fireworks display at 9:55 p.m., Ford Motor Co is sponsoring live entertainment and giveaways in Hart Plaza from 5 p.m. to 9 p.m. Ahead of the Ford Fireworks the automaker has worked with the Yankee Air Museum to bring WWII bombers and other historic aircraft for a flyover of the area at 7:30 p.m.

There are limited seats away from the crowds at the Ford Fireworks Rooftop Party presented by Ford Motor Co. This fundraiser is to benefit the Michigan Thanksgiving Parade Foundation and happens atop the Center Parking Garage at 415 Renaissance Drive West on the downtown side of the Renaissance Center. Those wanting a table at the event can visit theparade.org for tickets.

Ford Fireworks is a big display with about 10,000 fireworks being set off from three barges. Music timed to the fireworks show will be piped into Hart Plaza so people can hear the music and watch the display. The Ford Fireworks display will last 24 minutes, and for those who can’t make it to attend in person, the display will be aired on the WDIV-Local 4 station live. The fireworks will go off even if it rains. The annual fireworks show was held on June 26 back in 2017.