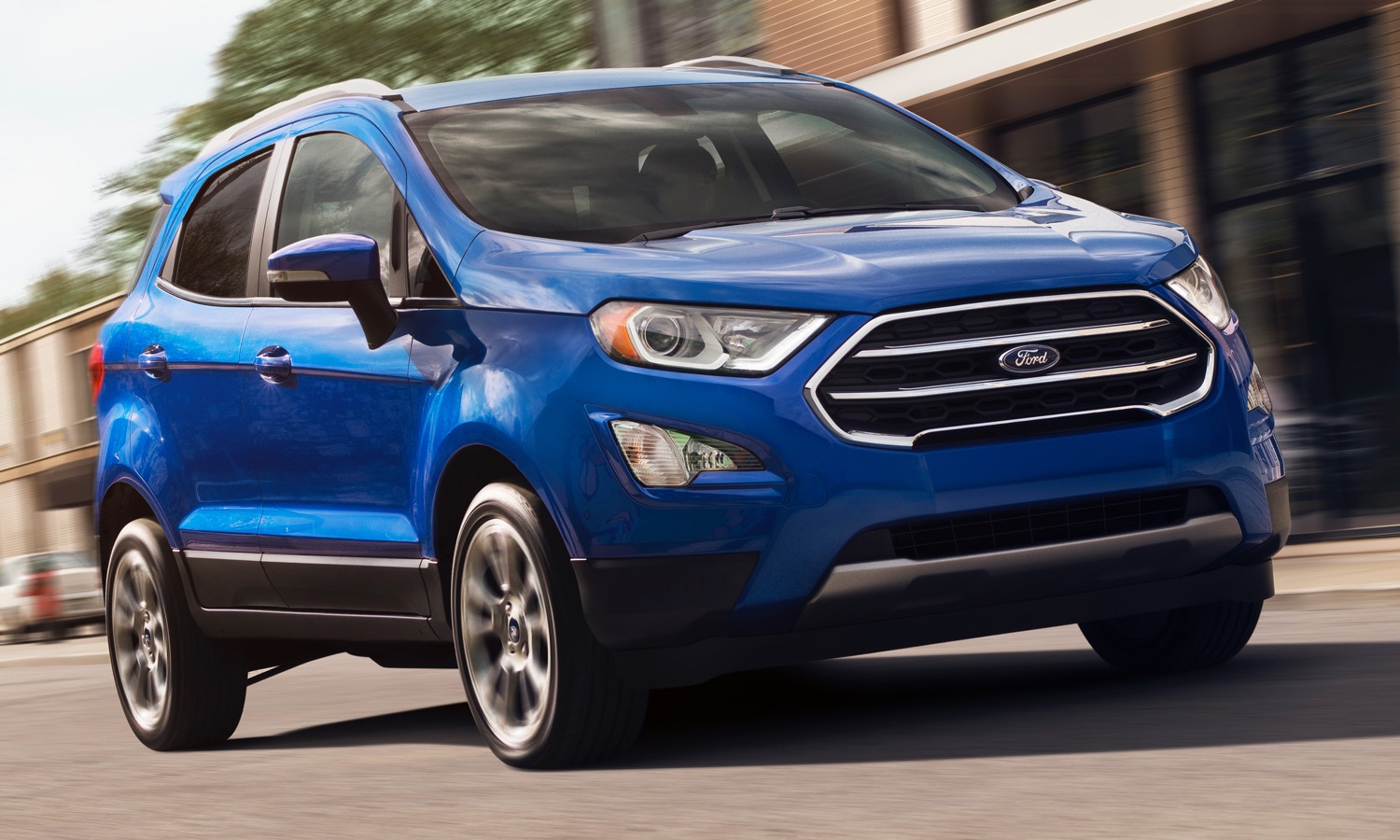 The 2019 Ford EcoSport SUV has launched in India, and Ford India has cut the price of the vehicles by a decent amount inside the country. EcoSport prices have been reduced for the 2019 model year by up to ₹57,400, which is about $827. Any price cut by Ford India is a good thing in the country where car shoppers are very price sensitive. Ford India will offer the EcoSport gas version with 1.5-liter and 1-liter EcoBoost engines, the only diesel option is a 1.5-liter engine. Despite the lower prices for the 2019 EcoSport line, Ford has given the small SUV more equipment. Ford’s EcoSport line is still more expensive than some other options available in India with a range of ₹7.69 lakh to ₹11.33 lakh. Ford’s market competition from Suzuki, Tata Motors’ Nexon, Honda, and Mahindra are priced in the range of ₹6.48-11.99 lakh.

The Ford Ecosport hasn’t sold well globally, particularly in very price sensitive regions where the competition undercuts its price and often offers more room for the money. Ford is set to unveil the Puma in Germany soon, and that vehicle will come to Europe and many other locations, though it won’t be offered in the States. We’ve wondered if Ford should bite the bullet, and kill off the EcoSport globally in favor of the Puma.

Why The Ford Mustang Launches In India This Year