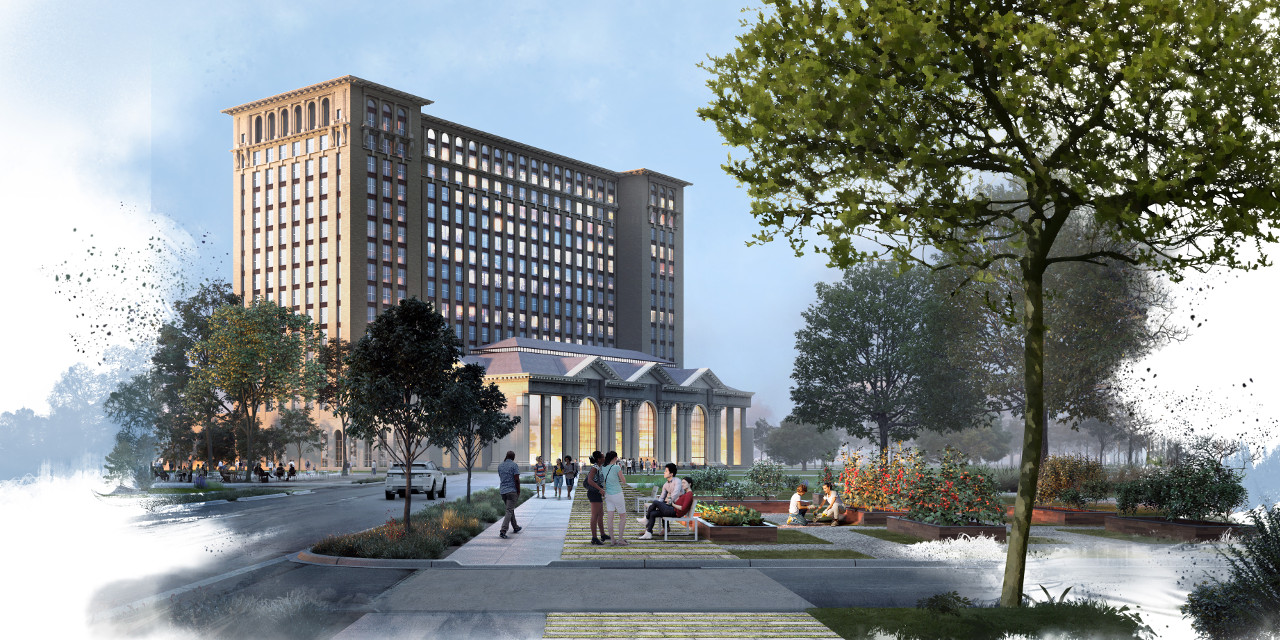 Ford has hit a PR home run with its purchase of the iconic Michigan Central Station that it plans to spend nearly 3/4 of a billion dollars restoring. Ford is well into phase 2 of the refurbishment of the iconic building and has said that phase 2 will run for about the next 36 months with masonry as the focus. The massive facility sat derelict for so long that it needs lots of repairs before the phase 3 process can begin down the road. The project is on time and on budget so far. Ford designed the space for flexibility with colorful information displays and tablets on stands that show demolition and construction progress images. Ford says that it can’t bring people into the former train station that often, but they can get updates at the information center.