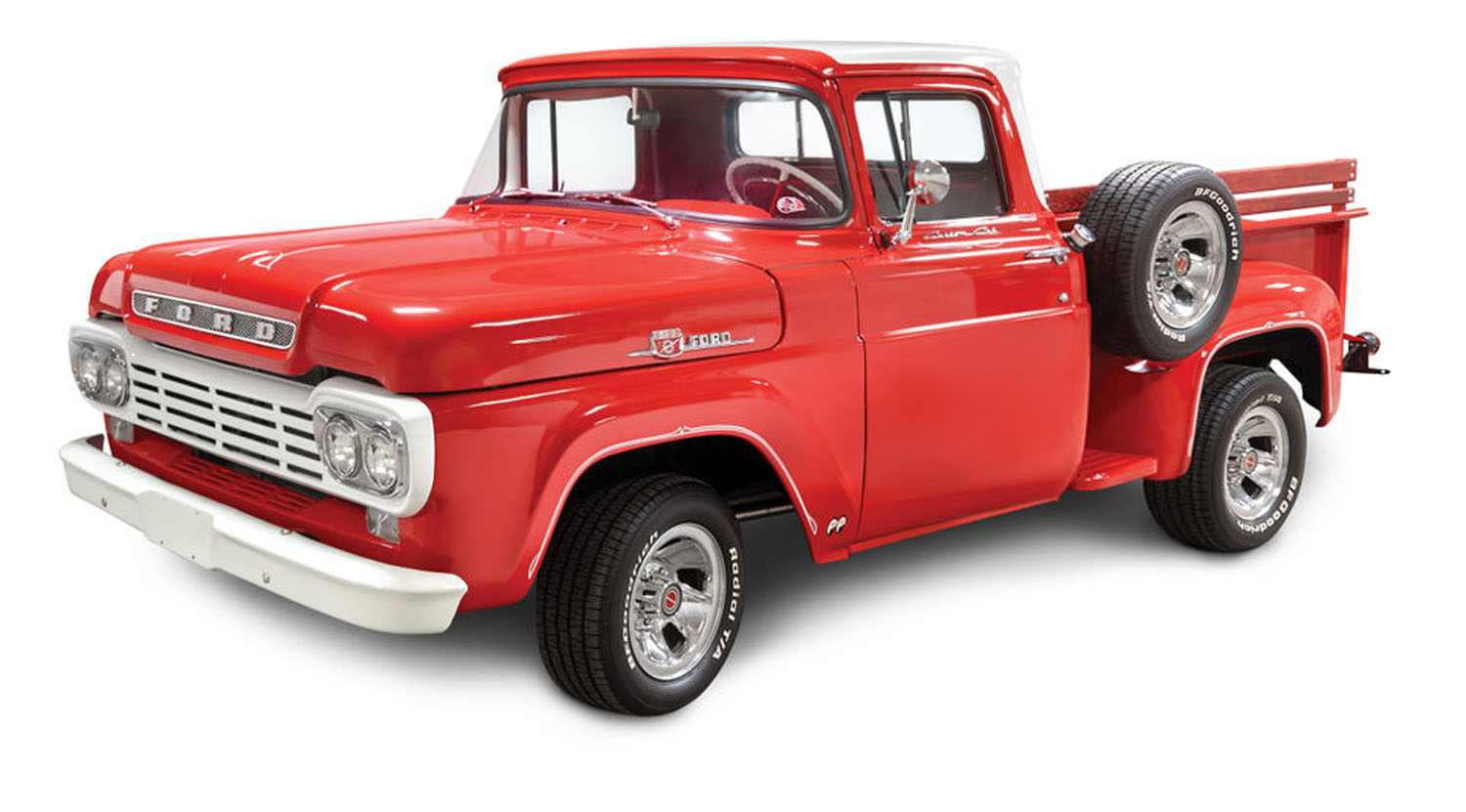 Ford F-series trucks have been the best-selling vehicle in the nation for decades now, and the old trucks still have a faithful following. One of the most popular of the classic trucks is the Ford F-100 and a furniture store in Detroit is giving away a completely restored 1959 Ford F-100 truck.

The furniture store is called Art Van Furniture, and it was opened in Metro Detroit, not far from Ford Motor Company, in 1959. The owner of the store is a man named Art Van Elslander, and to this day his furniture company is said to be a staple in the midwest. To celebrate the 60th anniversary of the furniture store, Art Van is giving away a restored 1959 Ford F-100. The truck is red and looks as if it has late-model chrome wheels on it. The roof of the truck is white, and it has short wooden bed rails on the sides. The truck is red and white with maroon upholstery and carpet on the inside. The 1959 Ford F-100 has a manual transmission and has the original power steering and brakes according to the source, but the online page to register to win the truck says no power steering or brakes.

This truck doesn’t appear to be 100 percent original, but it is clean and looks really nice. No purchase is necessary to win the truck and people living near the Art Van Michigan, Illinois, Indiana, Ohio, Missouri, and Iowa showrooms can register to win in the store. You can register to win online with the winner being announced in October 2019. We have talked about some very cool Ford F-100 trucks over the last few months including a very original 1964 Ford F-100 4×4 and a 1961 F-100 with the engine out of a Mustang. 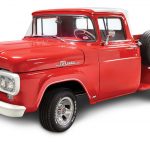 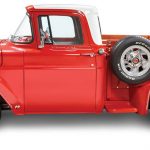 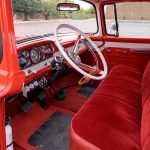 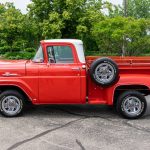 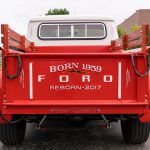