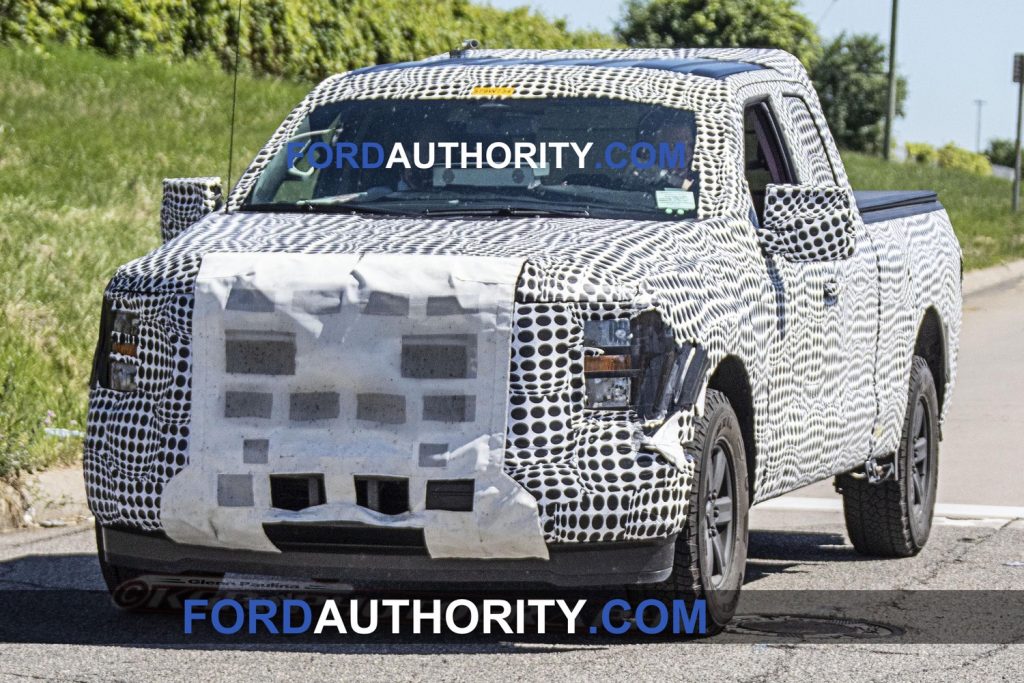 Anticipation is growing for the future Ford F-150, which is expected to gain a litany of changes for the 2021 model year. Now, we’re getting a better look at the pickup’s fascia thanks to a recent set of spy shots that reveal a test mule on public streets, exposing what appear to be brand-new headlamp housings.

With this new glimpse of the future Ford pickup, we’re starting to get a better idea of what the fourteenth-generation F-150 will offer in terms of front-end styling. Granted, this test mule is obviously draped in heavy camouflage, so we still need to use our imagination to piece it all together. However, if what we see here are indeed the standard production headlamps, it looks as though they’ll come with a new inner design for the light projectors. While the headlights on the current F-150 best-seller offer a more angular aesthetic, with curving reflectors and LED surrounds, these new lights seem to be more square and upright.

It’s also possible that what we have here are nothing more than placeholder headlamps, though if they are standard production pieces, they are likely for a base trim level of the future Ford F-150, as higher trims would offer bright HID or LED lighting, rather than the low-tech halogen units seen here. For reference, earlier 2021 F-150 mules have been spied with LED headlamps, with a similar vertical-stack style. Speaking of high-tech, the future Ford F-150 will offer new hybrid power under the hood, as well as an all-electric powertrain option to boot. Additionally, the new fourteenth-generation F-150 is expected to offer a full range of gasoline and diesel engines, including four-cylinder, six-cylinder, and V8 configurations, albeit with more power and improved efficiency over those on offer today. 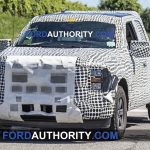 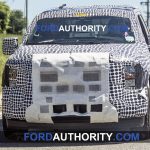 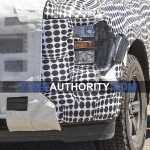 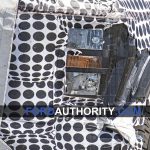